What Klarna, Affirm And AfterPay Really Mean For Your Wallet 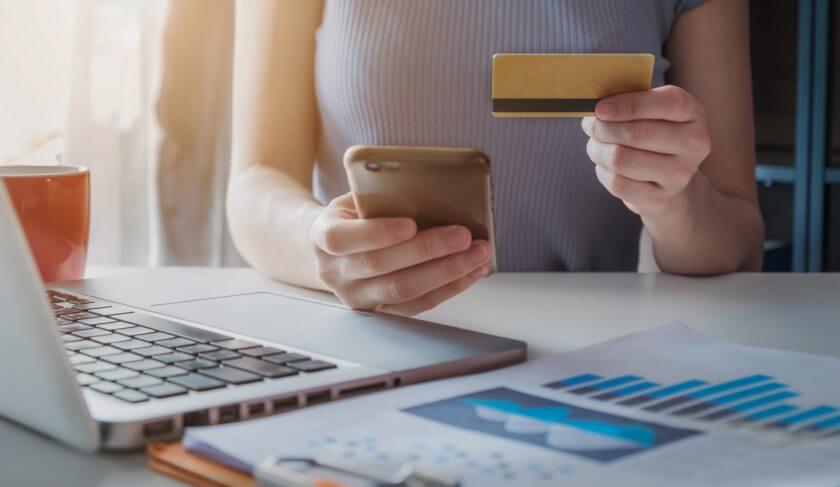 A brief explanation of where buy now, pay later companies like Klarna, Affirm and AfterPay came from, how they work and who’s really footing the bill.

Not subscribed to HerMoney’s weekly newsletters yet? This is what you’re missing! Here’s a look at what we published in our “This Week In Your Wallet” newsletter, Tuesday, Feb. 9, 2021.  Subscribe Today!

This Week In Your Wallet: All The Feels

Today, I feel… that’s the start of one of the many wonderful children’s books penned by Jamie Lee Curtis. Today, I am feeling frustrated if I’m honest. I had almost put the wraps on this newsletter yesterday and then, I guess, I forgot to save because I woke up and poof —  there it wasn’t.

I suppose that’s okay because of course things have changed in the last 12 hours, starting with those $1,400 stimulus payments. As of yesterday, there was a movement afoot to cap the incomes of the recipients at $50,000 (singles), $100,000 (couples). This morning, that looks like a no-go. The information on this piece of the relief bill sets the levels where they were for prior bills. So, it seems individuals with incomes of up to $75,000 will get the full amount, as will couples with incomes of up to $150,000 (with heads of households splitting the difference). An important – and much griped about – provision in prior bills: cutting off the additional $1,400 for children under 17, has been changed in this one. Both children and adult dependents are now eligible to boost payments by a full $1,400. So, a family of four with two children in college could receive an additional $2,800. According to reporting in The Wall Street Journal, payments will be based on your 2019 or 2020 tax returns. If your income fell in 2020 making you eligible, that’s an incentive to file as early as possible before these payments go out.

The bill also provides for an additional $400 in federal unemployment benefits through the end of August, as well as a one-year expansion of the Child Tax Credit. In this legislation, parents would receive $3,600 in 2021 (paid monthly) for children under 6, and $3,000 for children under 18. The income cap on this expanded credit is the same as for the stimulus payments. Parents making more would be eligible for the pre-existing $2,000 credit.

Could this all change? Will it? Look no further than the increase of the federal minimum wage from $7.25 (where it’s been since 2009) to $15 where this bill puts it. It’s in this bill. Yet, the Senate has voted not to pass it during the pandemic. And the nonpartisan Congressional Budget Office notes that it’s a mixed bag.  As this report points out, lifting it could cost 1.4 million jobs while lifting 900,000 people out of poverty. But reconciliation, a process for passing legislation on taxes, spending and debt, requires only a majority in the Senate. We’ll keep you posted.

That’s what President Biden called it in his pre-superbowl interview – agreeing with CBS’s Norah O’Donnell – when she asked if the exodus of 5.4 million women from the workforce and the continued closing of our country’s schools was a national emergency. “It genuinely is,” he said.  Although the move to reopen schools is part of the administration’s first 100 days plan, getting women back to work – particularly women of color, who have absorbed a huge majority of the job losses during the pandemic –  is not. The nonpartisan Center for American Progress dug into what it will take to bring those women – 2 in 5 of whom, if unemployed, have been out of work for 6 months or more – back into the labor force, and it boils down to three things: child care and paid family leave, closing the gender wage gap, and improved workplace safety protections to provide for equality. So, If you want to get… well… frustrated, it’s worth a read. And as you dig in, keep in mind, these blows to women are bad for all of us. As the Harvard Business Review noted in September of last year: “This backwards move is not just a blow to women… but to the economy and business. If no action is taken to counter the regressive effects, we estimate that global GDP growth could be $1 trillion lower in 2030 than it would be if women’s unemployment simply tracked that of men in each sector. Conversely, taking action now to advance gender equality could add $13 trillion to global GDP in 2030 [and] taking action only after the crisis has subsided would boost the economy but reduce the potential opportunity by more than $5 trillion.”

What Was Maya Rudolph Doing On Those Horses?

No, it wasn’t my favorite Super Bowl commercial. I’m going with this one, alright? But the product she was pushing, financing purchases via Klarna, is a trend it’s time to understand.  Lately, if you’ve been shopping online you’ve noticed at checkout that you have more options. Not just credit or Paypal, but the chance to split your payment into 3 or 4 payments over a couple of months with an interest-free, point-of-sale loan. The companies that provide this sort of financing – not just Klarna, but Affirm and AfterPay – are growing fast.

So, here’s a brief explanation of where Klarna, but Affirm, AfterPay and all of the other Buy-Now-Pay-Later softwares came from, how they work and who’s footing the bill. These products arose to solve two problems. One, as this profile of Affirm founder Max Levchin explains, that many Millennials and Gen Zers didn’t like the late fees and other punitive, sometimes hard-to-fathom, ways of the credit card industry. And two, that a lot of online shoppers leave their carts full without checking out because at least in some cases they didn’t want to put them on their credit cards and then be charged interest.

Enter Buy-Now-Pay-Later companies. They’re like layaway, but in reverse. Here’s how a small purchase works: You buy your sweater. You get your sweater. And then your debit card is charged for your sweater every two weeks over the next 6 to 8 weeks. Who is paying for this?  The merchant. What happens in the background is that the lender pays the store for your sweater at the time you make the purchase. For this, the lender (say, Klarna) charges the lender a small flat fee plus 3-6% of your purchase. Then it’s Klarna hitting your debit card until the purchase is paid off. There’s no hard credit inquiry (thus no impact to your credit) only an instantaneous soft one from Klarna. And no cost unless you miss a payment, in which case you’ll pay a fee.

When it comes to larger purchases, credit may be checked and interest may come into play.  Sometimes, you’ll pay it. Other times, the merchant will absorb it. (You know all that talk about being able to buy a Peloton with interest-free financing? That’s Affirm at work. Not everyone gets the 0% BTW, it’s based on pre-approval.) So, is this sort of payment worth a try? A recent Reuters/Credit Karma survey showed that nearly 40% of consumers in the US who had given them a go had missed at least one payment and nearly three-quarters of those saw their credit score take a hit as a result. Maybe, SNBL (Save-Now-Buy-Later) is the better way to go.

The Pros and Cons of Fee-Only Financial Planning