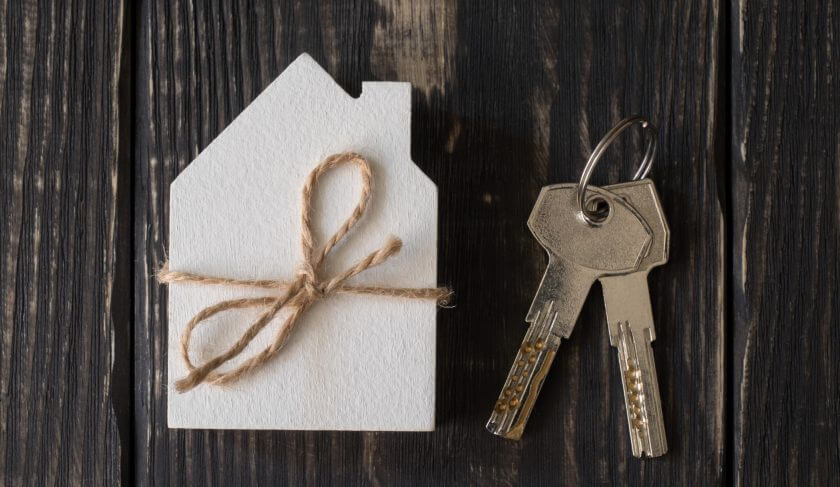 Follow these few simple rules when buying a home and you can potential avoid heartache and financial loss if the housing market crashes again.

Let’s take a trip in the good ol’ “way back time machine” to 2007: Steve Jobs unveiled the first iPhone, the final Harry Potter book was published, and I was about to lose my house. And I wasn’t alone: Sometime between Britney Spears shaving her head and Barry Bonds breaking the home run record, millions of American homes took a nosedive into the deep end of the housing market.

I don’t want to get into too many torrid details, but during that time we lost six figures of home equity, stopped paying our mortgage and strong-armed our way into loan modification. It was a nightmare, but we were lucky. We came out of it with a roof over our heads and (very little) money in the bank. But too many Americans saw much harder times.

Sure, we fell victim to loose lending practices, inflated real estate prices and Wall Street fraud, but we also made some big mistakes.

Today, after home prices rose to pre-recession levels and there’s talk of deregulating financial institutions, I worry we are heading down the same path. That’s not to say anyone should avoid buying a house. Heck, we just bought one again in October.

But there are a few mistakes we made the first time that we made sure not to repeat. Here’s what we did differently the second time during the homebuying process:

The 2007 housing market in San Diego was totally out of control: $500,000 could get you a one-bedroom “condo conversion” in a pretty OK part of town. You’d be lucky to get two bedrooms, and we’re talking 900 square feet or less. So, to get more for our money, we settled on a relatively nice house in a pretty terrible part of town with a ton of potential.

I don’t exaggerate when I say this: We endured drive-by shootings (which, on one occasion, sent a bullet flying through our garage), our cars were broken into and our house was regularly spray painted with graffiti.

But the location of the neighborhood was ideal. It was rich with culture and history. We absolutely loved our neighbors and the community, and there were several redevelopment projects in the works.

While the neighborhood was ripe for investment, it was not immune to the economic downturn. The entire city saw massive dips in real estate valuations, but our home value was annihilated — from $550,000 when we purchased the home to $130,000 just a year later. The “better” areas, where we could have purchased a small condo, bounced back more quickly and experienced fewer foreclosures.

When we bought our second house, instead of picking the best house on the worst street, we followed that old real estate advice and bought the “worst” house on a great street. This area took a much smaller hit when the housing bubble burst, and demand remained relatively consistent. If things go south again, we aren’t as worried about getting stuck in a house we can’t sell or losing the money we put into it.

So, if you are in the market for a new home and you have the choice, pick the better street.

Buy for the Long Haul

Timing is one of the hardest things to predict in real estate: the right time to get in and when to get out. The first time around, we went in hoping to sell the house for a profit in five years. This time we’re taking a long-term approach. Homeownership for us is no longer about a continuous cycle of buying, selling and climbing our way into a better neighborhood. When we bought our last house, we planned on it being just that — our last.

If the market goes through another downturn, we’ll still be in this house. It’s safe, the schools are good, and we don’t really have any reason to move. We may be living in this house for the rest of our lives — and I’m totally OK with that.

I no longer have dreams of upgrading, although that’s easy to say when you live in a good neighborhood. I’m just not even thinking about the next house because there may not be one. Our financial strategy has nothing to do with moving, so we are not relying on timing the real estate market to make a profit.

Don’t Expect Your Income to Increase

Part of our original plan to buy and sell our way into a better neighborhood included the crazy idea that our incomes would increase substantially over time. Well, that dream was trashed when my husband got laid off in 2008, our second year into home ownership.

As my husband searched for a new job, we found ourselves looking at a 30 percent decrease in income. There were very few jobs available in his field to begin with, and the companies that were hiring weren’t paying as well.

Today, our future plans aren’t built on the assumption that we’ll be making more money year after year. In fact, we have a contingency plan in case our incomes drop precipitously. Of course, we hope to continue to move up in our careers and increase our salaries, but our lifestyle, savings plans and retirement strategies aren’t relying on it. Worst case scenario, we’ll eat ramen and work double jobs, but we’ll still have our house.

There’s a 30 percent housing rule that many financial experts recommend when figuring out how much house you can afford. Essentially, the rule is that no more than 30 percent of your income should go toward the cost of housing. When we bought our first house, we used that rule, and it was a big mistake.

We had our first child the first year we owned our house. We naively assumed we could afford it because we had relied on this 30 percent golden rule. After our daughter was born and we factored in the cost of daycare, repaying my student loans and all of our other fixed costs, I decided to stay home. It made more sense.

Except now our 30 percent mortgage payment was more like 50 percent, and we found ourselves with a home we could no longer afford. In hindsight, it was totally stupid, and we take full ownership of that huge mistake. And we won’t do it again.

This time, when we figured out how much house we could afford, we didn’t consider percentages at all. We took a more holistic approach to our budget, rather than basing it solely on our incomes. We also were honest about our future plans, which meant deciding not to have any more children or going back to school, plans we had talked about for a few years. For us, those are the trade offs to homeownership.

Today, when people ask if we are going to have another baby, we say, “No. We have a house instead.” It’s a little sad to think about it, but we know now that we can’t have it all. But with everything we’ve been thorough and where we are today, we’ve come close enough.