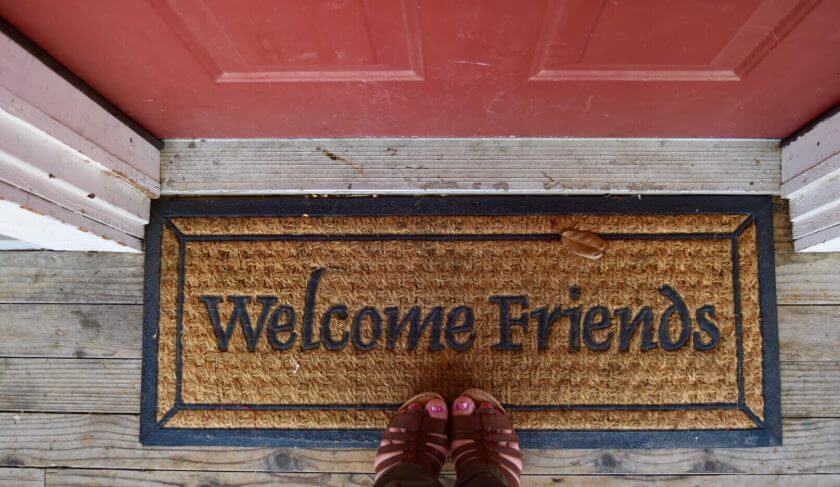 Are you planning to refinance? Here's what you need to know. Plus, how to make good financial decisions during uncertain times (like these!).

Not subscribed to HerMoney’s weekly newsletters yet? This is what you’re missing! Here’s a look at what we published in our “This Week In Your Wallet” newsletter, on Tuesday, Aug. 4, 2020.  Subscribe Today!

This Week In Your Wallet: Refi Roulette

$2 Trillion. That’s the gap — so wide it’s a gulch — that roughly separates the plans proposed by Congressional Democrats (who put forth the $3 Trillion HEROES Act passed by the house in May) and Republicans (who proposed the $1 Trillion HEALS Act). They agree, in principle if not in amount, that there should be another round of stimulus payments and an extension of Federal unemployment dollars to supplement state benefits.  But Congress is supposed to go on vacation for a month starting Friday.   That raises two questions: Will they get legislation acceptable to the President onto his desk before then? And, if they don’t, will they go anyway?

There is little doubt that action is needed, as coronavirus rages, unemployment claims remain sky high, and evictions moratoriums and pauses on debt repayment wane. But across America, not everyone is feeling the pandemic in equal measure. USA Today tells an interesting Tale of Two COVIDs. In addition to the low wage workers who have lost the most jobs and have less in terms of a financial buffer to get their families through the pandemic, the story cites a Primerica study that found 86% of middle income households are “feeling the pandemic in some way.” Just a third believe their finances will recover in the next year. On the flip side, Voya Financial reported that 64% of participants in their retirement plans increased their contributions between March and June of this year.

Across the world, Melinda Gates writes eloquently in Foreign Affairs about how much greater the toll of the pandemic has been on women.  “Early estimates suggest that around the world, women’s jobs are 1.8 times as likely to be cut in this recession than jobs held by men. What’s more, right as women’s paid work is evaporating, their unpaid work caring for children and family members is increasing dramatically…  If the pandemic stalls progress toward gender equality, the cost will be in the trillions: even a four-year wait in taking new action to improve parity—for example, by introducing interventions to advance women’s digital and financial inclusion—would erase $5 trillion in opportunity from global GDP in 2030.”

My COVID mantra has been: Control what you can control (spending, communication with creditors, your own healthy behaviors) while trying not to stress too much about what you can’t (the markets, the shutdowns, Congress). On that last note, The New York Times asked Senator Lisa Murkowski (R-AK) whether she thought they could come to a deal by the end of the week.  Her reply: “I’ve never been a gambler.  But if I were a gambler, I’d say we need to have some long days, long nights. Work hard.”

Meanwhile, the longer COVID drags on, the harder it is to stay the course when it comes to making smart financial decisions.  Resolve has a way of fading when every day seems to be the same.  And, that’s a problem because it’s become clear that we are going to need to continue to stay smart and sharp financially if we are going to weather the months in this storm still to come.

This week, the always excellent Bob Sullivan took aim at the cognitive biases that are preventing us from making our best decisions during these tumultuous times.  “It can feel hard to save for tomorrow when tomorrow is so uncertain,” he writes, before laying out four specific biases and how to overcome them. For example, the scarcity bias that is co-opting our behavior on purchases big and small. I went to Costco for the first time in six months on Friday and — gasp — there were no paper towels. So, what did I do?  I stopped at a small store on the way home and bought six sub-par (i.e. not my regular brand) rolls at a greatly inflated price. In the scheme of things, this emotional purchase isn’t going to make-or-break my financial future. But what if that in-demand-not-in-stock item had been, say, a house? In some suburban and second home communities, houses are selling as fast as they’re coming onto the market because supply is scarce and people are panicked (also because mortgage rates are rock-bottom, more on that momentarily). Before making any decision, Sullivan suggests taking a pause to figure out if the scarcity you’re feeling is real or manufactured.

Is it time to refinance your mortgage? I started the process yesterday, and I think you may want to join me. For folks with excellent credit, rates have fallen below 3% on a 30-year-fixed, even lower if you can swap into a 15-year or 20-year. (I don’t think this is the time to spin the wheel on a variable rate loan.) As Kim Porter writes on MSN, citing mortgage data from Black Knight: Nearly 18 million homeowners could potentially lower their rate by three-quarters of a point or more — and save an average of $287 a month.   Let’s just do some quick math on that. Over a 30-year-period, that’s a savings of $103,320. It’s 10-20 fabulous vacations. Four cars. Two years of college. And, if you take the $287 a month and put that into a tax-deferred investment account — like an IRA or 401(k) and invest it for 30 years where you earn an average 8% — it’s $433,000.  (What? You think my 8% is too aggressive? Okay, invest it at 6%. It’s still about $300,000.)

For those who say rates will fall further? They very well may, but again, this is not one of those things that’s within your control. It makes sense to refi when you get a rate where the numbers work. That means you know you will be in your home long enough to recoup the cost of the transaction and then keep pocketing the excess. Take the cost of the transaction and divide it by your monthly savings. That’s the minimum amount of time you need to remain in the house before you should proceed.

Finally, if you’ve been an avid collector of travel points, miles, and other rewards, you may be wondering what to do with them? Should you actually be using them if you do fly somewhere? Is it best to spend them in other ways? Are you in danger of letting them expire? I sat down with The Points Guy, Brian Kelly, for a conversation about all of these things on the latest episode of the HerMoney Podcast.  I feel better now, and think you will, too.

Who Gets The Additional $300 Weekly Stimulus Benefits?