3 Great Recession Grads Give Their Best Advice to 2020 Grads 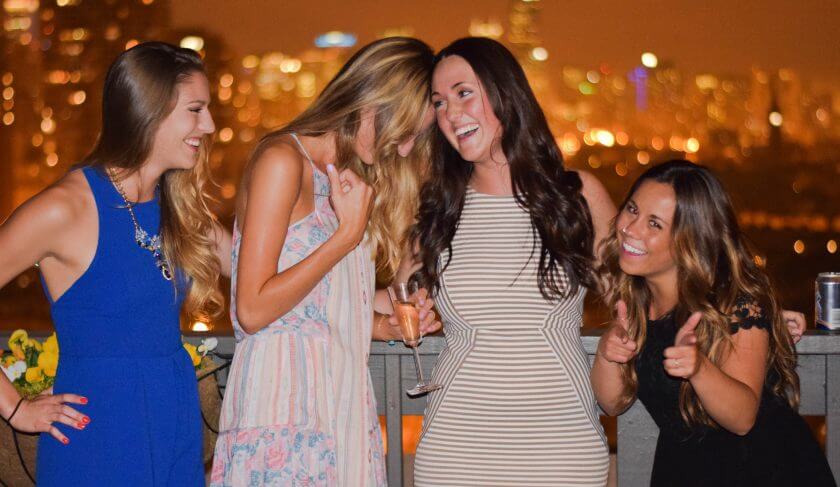 What's a 2020 graduate to do as they launch a career amidst a recession? Three 2008 graduates weigh in with their best advice.

2020 graduates are entering the worst job market since 2008. Here’s what 3 Great Recession grads have to say about their experience finding their path, and their advice for this year’s graduates.

“I’m a senior writer for FiveThirtyEight. I write about sports primarily, but I’ve been doing more economics during the pandemic because sports was shut down, and I have a background in economics. We’re all doing things outside the norm of what we thought we’d be doing at the beginning of this year,” Paine says.

“In college, I had a vague sense that I wanted to write about sports, so in that sense I’m doing what I thought I would do. But I didn’t follow a straightforward path to it.”

When Paine was graduating in the spring of 2009, he was already concerned because of all that had happened in late 2008. “It really hit home for me when my dad lost his job in the fall of 2008. That’s when I was like, ‘Oh woah, this is going to be a big deal.’”

His last year of college, Paine interned for a small sports data company. “I got lucky in that they had an opening for a full time job right as I was graduating, and they encouraged me to apply. It was a small company, and I got really lucky because I was their fourth or fifth full-time employee. I had good relationships with the people there. It just so happened that I got a full-time job out of that internship, and it came along just at the right time.”

Before landing the job, Paine was worried and sent his resume to a plethora of places. “If I hadn’t gotten the job at the data company, I would’ve had to scramble around.”

“I know the feelings of what they’re going through, and I also in retrospect can look back and see that I was pretty lucky. I had that internship and had been involved with that company before the housing and job markets collapsed and all the dominoes fell in 2008. I constantly think back to that about how lucky I was. If I hadn’t had that, the course of my life would’ve been different. Now, the uncertainty is on a different level from that which we had a decade ago. The 2020 grads are experiencing this uncertainty without the ability to travel or do in-person interviews.”

The advice Paine received when he was graduating came from an academic advisor who noticed his interest in sports analytics and encouraged him to pursue his passion for that — to have fun and see where it led. “Now it’s tougher,” Paine notes. “You have so many people pursuing their passions, but if it’s a sought after field there’s a lot of competition.I wish people didn’t need as much luck — things falling into place at the right time — to succeed, but that’s just where we are as society. Luck plays such a big role. I know that my experience was a little a-typical. I didn’t spend a lot of time waiting for people to get back to me, or waiting for something to materialize.”

Miller currently works as the Health Editor for nbcnews.com, assigning and editing stories, which at the moment are mostly related to COVID-19. “I’ve been doing that for about a year and a half. If you had asked me in college what I’d be doing…this would’ve been out of left field. This has no connection to what I thought I wanted to do in college.”

Miller didn’t study journalism or English, but science. “When I was graduating, I wasn’t worried about the job market because I applied to graduate school in my senior year. I started that process pretty early on, before my senior year preparing and studying for the GRE and doing all of the applications. So that definitely took the stress off in terms of thinking about the job market. Of course, applying to graduate school is stressful in and of itself for different reasons.”

Miller went straight to graduate school after college, enrolling in a PhD program for pharmacology. “That was supposed to last anywhere from 5 to 7 years. But I decided after about a year that I really didn’t like it, so I left that program. That was 2011. That was when I was facing the job market for the first time.”

Miller had not anticipated being in the job market for another 5 years. “I guess you could say unprepared. In college I wasn’t thinking about it. When I was in the process of leaving graduate school, that was a big change. Coupled with how the job market was at the time, it was very stressful.”

Miller had no idea what she wanted to do, because the thing she had wanted to do — she realized it wasn’t for her. “I guess I could have gone into anything, but it almost felt too open. I didn’t know where to start. At one point I was applying for real estate jobs, just kind of throwing everything at the wall and seeing what would stick.”

“Be really open about what you’re applying to. Really broaden your search. I did a lot of little things after I graduated until I found an internship which eventually led me to a job and down this path in journalism. I reached out to all of my family friends. I did odd jobs. I was helping someone with a scientific manuscript, I helped out in an insurance office. Really I was just doing anything that I could. I had to be open and flexible.”

Apply to as many jobs as you can, Miller recommends. Make that your job.

Instead of trying to find a job while the rest of the world was trying to find a job, Sheehan decided to pursue his MBA in Accounting. “I chose accounting because I already had a background in finance and I wanted to stand out and be diversified from other candidates. I figured I could take a loan out, go to school, and hunt for a job in the meantime. Truth be told, I started a career in television advertising…I absolutely hated it, but it paid for my books and some of my tuition. At the time I was working and going to school Monday, Wednesday, and Friday nights, plus attending group sessions with my classmates on Saturday’s.”

Sheehan describes searching for jobs in finance during his one hour lunch break at the television agency. “I would plan my interviews either before work or during those lunch breaks. Within six months of working in television, I landed a position in the operations department at a firm called ConvergEx. I worked my way from the operations department to the trading desk. When I made it to the trading desk I was a back up… three years later I had my own book of business and the rest is history.”

Go back to school.  “It may burn a hole in your pocket at the moment, but it will pay off big time in the end. Furthering your education gives you a leg up on the competition — knowledge is power. Zoning in on a particular area of education allows a hiring manager to single out particular candidates who are masters of their craft. And going back to school shows others that you can take the initiative — you are dedicated and are willing to take the extra step.”

The common thread between Paine, Miller, and Sheehan? None of them followed a straightforward path. They weren’t dead-set on one dream; they were scrappy, flexible, and open. That is how they found success.

Should You Buy A Home This Fall?