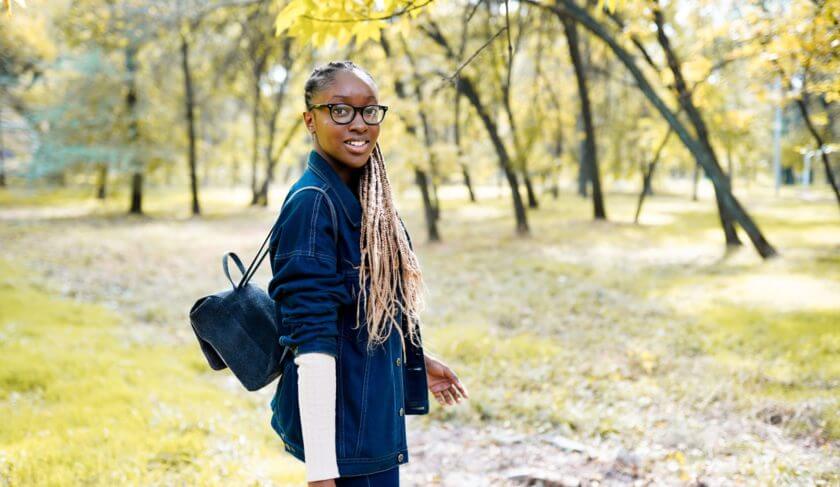 Not everyone goes to college with a firm knowledge of what they want to be when they graduate. In fact, one-third of students change their majors at least once during college, according to the National Center for Education Statistics. College (and life) change instantaneously, so it’s not uncommon to leave school and go into a completely different field than what you thought you would get into.

“I think tying back career outcomes to a specific student’s major is problematic,” says Krystal Hicks, a career strategist and founder of JOBTALK — a career and coaching company. “It insinuates that if a student does not take a job directly correlated with their specific major, that they are somehow failing, or not using their degree.”

If you’re worried about working in a field that’s unfamiliar because it’s not quite what you went to school for, don’t fret. There are ways to get into and work in a field or industry that isn’t where you thought you’d be while you were in school.

1. Your major is a starting point — not an ending

It’s nice to have an idea of what you want to be after you stop going to school. But what you do in school isn’t what you’ll do for the rest of your life. The person you were at 10 is not the same person you were at 20. And it won’t be the same when you’re 30 or 40, either. Give yourself a little bit of space to change — you and your career trajectory.

“When you’re 21 and have no work experience, you are quite literally just relying on what you’ve learned in a classroom,” Hicks says. “I always remind my students that their major is not necessarily a dictator of what their options are after graduation.”

Try to avoid pigeon-holing yourself into a career that isn’t in line with your wants or needs. You are more than just your major. Consider it your first building block in the foundation.

2. Use the skills you don’t think have names

While some jobs like you to have experience or certifications in a specific niche, there are some skills that hiring managers look for regardless of the position that’s getting filled. Hicks says resiliency, emotional intelligence, project management, and conflict resolution are some of the skills you can transfer across all types of industries. Communication — written and spoken — as well as resourcefulness, are also important to have.

“Many students will put ‘communication skills’ on their resume and not elaborate,” she says. “I think it’s incredibly important to not just list [it], but to give an actual description or tie it to how you’ve operated like that in the past — either through class projects, teams sports, jobs, internships, or student organizations and clubs.”

Showing how you’ve used and implemented these transferable skills tells potential employers that even though you don’t have specific industry experience, you have a lot of the knowledge and background to do the job at hand.

Even if you’re making a very hard decision right now to change the course, that doesn’t mean a similar occurrence won’t come up again. Especially if you, for instance, need a higher-paying job than what you went to school for.

“It’s really unfortunate that we require so much education and certifications and licensure to work in some of these fields and yet many people make only $30k-$45k a year in these professions,” Hicks says. “I try to be very transparent with my students and give them a chance to think about this before they dive into certain fields.”

How you manage your money during and immediately after college will not only help you as you transition into a new field but may also help you during those future changes. Our new HerMoney book, “How to Money,” details how to get started with money management early on in adulthood.

4. Getting a degree is a major advantage but doesn’t define you

If you went to school and thought this would be your ideal path, it might be upsetting if you’re transitioning to a field that seems foreign or uncomfortable. But having a degree puts you in a great position; many jobs require it, but they don’t always require that degree to be in a certain industry.

“People change a lot in four years, and we are putting a lot of pressure on young people to choose majors at 18 and attach a lifelong career path to one space, which is ridiculous,” Hicks says. “It is not at all how we function once we are out of college. People change jobs every four years on average now. People switch industries all the time. So we need to evolve our thinking about how we help students pick a direction.”

Maybe you changed your mind during school but didn’t want to spend more in college so you stayed the course. Maybe you realized soon after graduation that this wasn’t the right path for you. It’s easy to feel discouraged when a big change happens, but the sooner you prepare for the possibility of change, the faster you’ll be able to adapt.