How To Have ‘The Other Talk’ With Your College-Bound Child 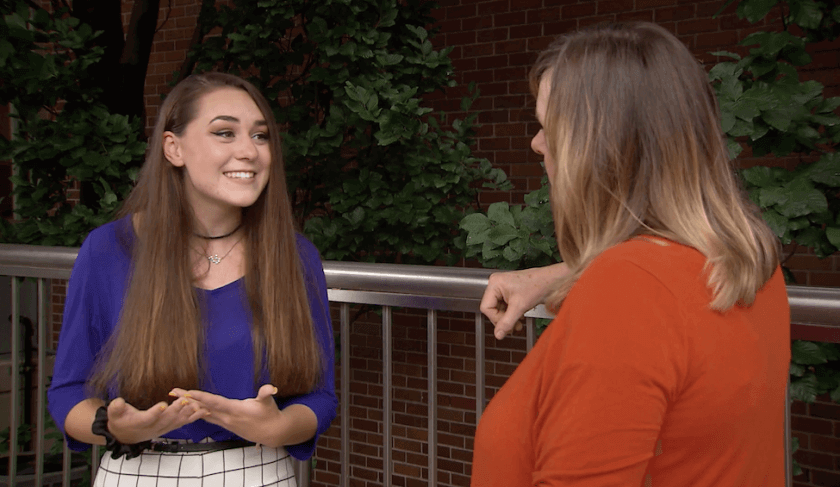 It's time to start having The Other Talk – about going to college and paying for it – earlier and more frequently.

This post is sponsored and is part of a paid campaign with Citizens Bank, N.A. With the exception of direct quotes, the below advice and opinions are mine.

It’s the time of year when pouring over college guidebooks and websites is in full swing.  Campus tours are packed to overflow. And seniors are working on their essays – particularly if they are focused on meeting an early decision deadline.  But the one thing we’re not spending enough time on according to students and parents who have already been through the process? Paying for the next four years.

According to the second annual Student Lending Survey from Citizens Bank, which polled a nationally representative group of more than 1,000 students and more than 1,000 parents, nearly two-thirds of parents wish they’d taken more time to plan for the economic realities of the situation.  And nearly two-thirds of parents and students said they wished they had looked into financing options for school sooner than they did. This may be a result of the fact that although 44% of parents say they started to save for college before their child began junior year in high school, nearly as many – 38% – didn’t save at all.

Another thing that came to light was the complexity of college pricing. Even when families conquer the common application for admission and the FAFSA (the required application for financial aid) figuring out which student loan suits best can be daunting.  More than half of parents and students said that researching, comparing and eventually choosing a student loan was tougher than they had anticipated it would be.

Clearly, more families should be having “The Other Talk” earlier and more frequently.  For a slice of how four different families are doing exactly that, watch this video.

This Week In Your Wallet: Closing the Gap