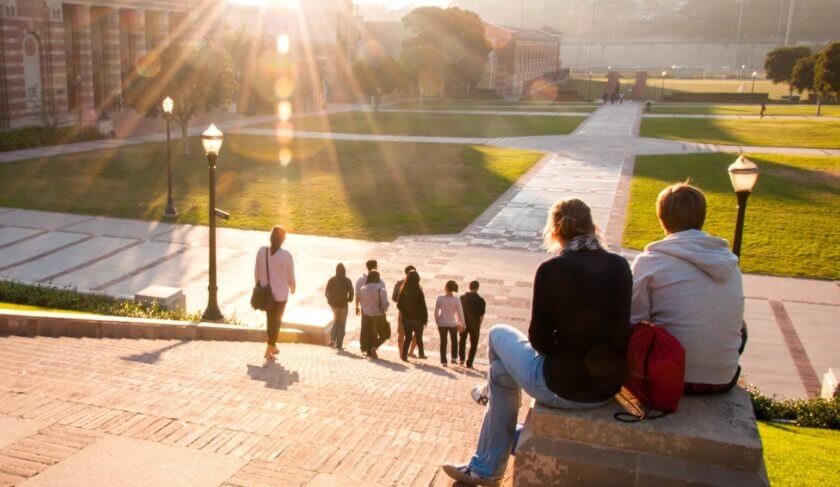 It’s hard enough to handle a single college tuition, but when more than one child is involved (particularly when they’re in school simultaneously), you need to know how to approach everything from where to apply to how much to borrow, and when.

Have you heard about the FAFSA Simplification Act of 2020? There’s a lot of good in this bundle of changes that is coming soon to the Free Applications for Federal Student Aid (FAFSA). Among the positives are fewer questions, a simpler format, and translation into more languages. But there’s one provision that has inspired some 5,000 (and counting) folks to sign a petition in complaint: Currently, the FAFSA formula divides the expected parent contribution by the number of children enrolled in college at the same time. That’s a 50% discount for a second child. FAFSA simplification eliminates that and it means, says College Financial Aid Expert Mark Kantrowitz, that “middle and high income families will qualify for less financial aid than they do now. [And] for families of twins, triplets and other multiples, their cost is going to go up compared to what it has been.”

If there’s a silver lining here, it might be that the pandemic has delayed these changes by an additional year. The new FAFSA is now not scheduled to be rolled out until 2023, with the changes taking effect for the 2024-2025 school year. That gives 60% of families with at least one year of overlap among their children some additional time to plan for this eventuality. So, aside from trying to save as much as possible, what do you do?

There are two types of financial aid – need-based aid (based on, as it sounds, the ability to pay) and merit aid (based on your student’s academic, athletic, or other abilities.) Because merit aid doesn’t have to be repaid, it’s hugely valuable – and can substantially reduce your sticker price. To get the most merit aid, it’s important that you apply at schools where your student is not just likely to be accepted – but where they’ll stand out in the application pool.

Do some scenario planning, several years before your first child attends

You should definitely do this by the first time you fill out the FAFSA, and plot out – year by year – how much money you’ll likely need for college and where it is likely to come from (see our guide to constructing a strategy for saving, borrowing and using current income here). “Make sure you’re comparing using real numbers by researching the net (or actual) prices students typically pay, rather than the sticker prices”, suggests Christine Roberts, Head of Student Lending at Citizens. BTW: Citizens offers free access to a helpful tool called Edmit that can make this sort of scenario planning much easier.

Add schools that rely on the CSS profile to your application list. Everyone talks about the FAFSA, but there is another financial aid application as well, it is called the CSS profile and, is used by many private schools. It still factors in the number of children in school, although it applies a slightly smaller discount.

If you’re appealing for other reasons, mention that you have multiple kids

The legislation does contain a provision that allows families to appeal their aid packages (it’s a remnant of an older provision that was left over from the days when parents would often be attending at the same time as their children, Kantrowitz explains.) He is skeptical that colleges will overrule the new math except in extreme circumstances like, say, triplets or quadruplets. But, he also notes, it doesn’t hurt to mention it.

“Many families, particularly those with multiple children in college, will have a gap between what they receive in financial aid from the FAFSA, and what the total cost will be,” said Roberts. Once you identify the gap, you can strategize (LINK to first story), how to best cover the gap, whether its with scholarships, current cash flow, 529 withdrawals, or private loans such as from Citizens.

Just as Kantrowitz has a rule-of-thumb for student borrowing (don’t borrow more than you expect to earn in the first year out of school), he has one for parents: Don’t borrow a sum – for all of your children combined – more than your annual family income. Note: This rule assumes you are 10 or more years from retirement, he says. If you are only five years away, limit yourself to half that much.