7 Dates in Financial History that Changed the Future for Women 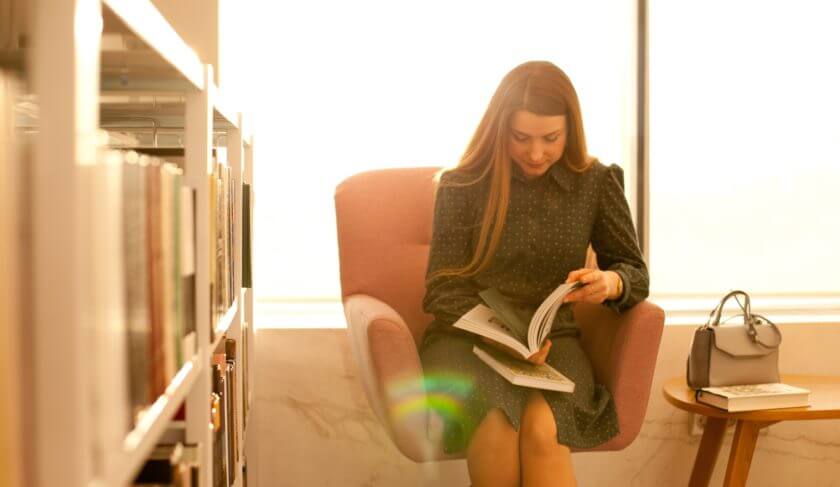 Here’s a look at some of the most important dates in history that got women to where we are today.

250 years ago, women were seen as their husband’s property, and for centuries, women were shut out of the financial world completely. Slowly, the tide turned to give women power over their money decisions, and while we still have a long way to go to reach pay parity and bridge all gender and racial wealth gaps, we’re so grateful for the progress we’ve made. Today, women lead Fortune 500 companies and we have our first female Vice President. The paths that we walk today were paved and fought for by some incredible and powerful women throughout history. This week, we’re talking a look back at some of the most important dates that laid the groundwork for women’s progress, and got us to where we are today.

The Homestead Act offered free federal land, and for the first time, women were finally able to claim land in their own names. (Previously, only men could claim land.) This was the first time in American history that women were allowed to take advantage of the economic advantage that owning land or homesteading your own property offered. Particularly during those times, owning land meant having power and being able to build a livelihood for yourself via farming or building homes. The Homestead Act was one of the first stepping stones laid that would help women pioneer their way from financial oppression to financial power.

Women who were able to homestead in the previous decades now banned together to ensure the 19th amendment being passed, which gave all women the right to vote. The 19th amendment was passed on June 4, 1919, and was ratified on August 18, 1920. The right to vote ensured that women could have a voice in a way that they hadn’t previously. For the first time, they could help choose their elected leaders and shape their country and their communities. For example, women were now able to vote on whether or not women had the right to work and earn a living, and so much more.

The Equal Pay Act was signed into law by President Kennedy in 1963. This law simply mandated equal pay for equal jobs, regardless of gender. The act was meant to address the problem of women earning less for the same jobs as men, and even having their working hours restricted so that men could work and earn more. The road to this act was a long one — during World War II, many women replaced men in factory jobs that had been left vacant when men enlisted in the military. In 1942, the National War Labor Board backed policies to grant equal pay to women who were directly replacing male roles. The Equal Pay Act was arguably 20 years in the making, and was a significant step forward for financial equality for women. Yes, the gender wage gap is still an issue, and we’re working to change it every day, but we’re thankful that women throughout history fought to get us where we are today.

In many ways, Executive Order 11375 was seen as a “piggyback” off of the Equal Pay Act. While Equal Pay Act sought to end the practice of paying men more than women for the same job, Executive Order 11375 sought to ban hiring and employment discriminations of all kinds.  Signed into law by President Lyndon Johnson, this order’s goal was to end all manner of workplace discrimination based on sex, race, color, religion, or national origin. As a result, employers around the country began to take measures to ensure women and minorities had the same employment and educational opportunities as men.

The Equal Credit Opportunity Act finally granted women the ability to apply for credit in their own name, and to be free from discrimination on credit applications. Prior to this act, women were not allowed to get credit cards on their own without the signature of a male co-signer. The act made it illegal for banks, credit unions, and finance companies of all kinds to deny credit based on sex or marital status. This meant that women were able to apply for home loans, credit cards, business loans, and anything that could better their financial situation. The financial freedom this gave women was the final piece of the puzzle for many successful female entrepreneurs who had been unable to properly launch their dreams without access to credit.

In many ways, this date seems like the one that takes us “full circle” — women went from being seen as their husband’s property, to a woman holding the highest office of the central bank of the United States. In 2014, Janet Yellen became the first female chair of the Federal Reserve in its 100-year existence. Today, seh serves as the Secretary of the Treasury under President Biden. Her incredible career includes years spent as a member of the Federal Reserve Board of Governors, and chair of the Council of Economic Advisers under President Clinton.

And a Bonus #7 (because we can’t resist)

We love you, Kamala.

In 2022, it’s hard to imagine that women’s ability to participate in society was dictated by men since the founding of this country. As we celebrate Women’s History Month and International Women’s Day, it’s okay to be of two minds: We can be so thankful for the efforts of the brave women in the past who fought for our rights, and we can also be mad as hell that we still earn, on average, 83 cents on the dollar that men earn. So, yes, we have a long way to go, but we hope that seeing just how far we’ve come can also bring you some joy this month. We believe that women’s financial futures are so very bright, and we’re so thankful for you, our HerMoney family.