The 5 Compliments We Never Want to Hear From A Man, Ever Again 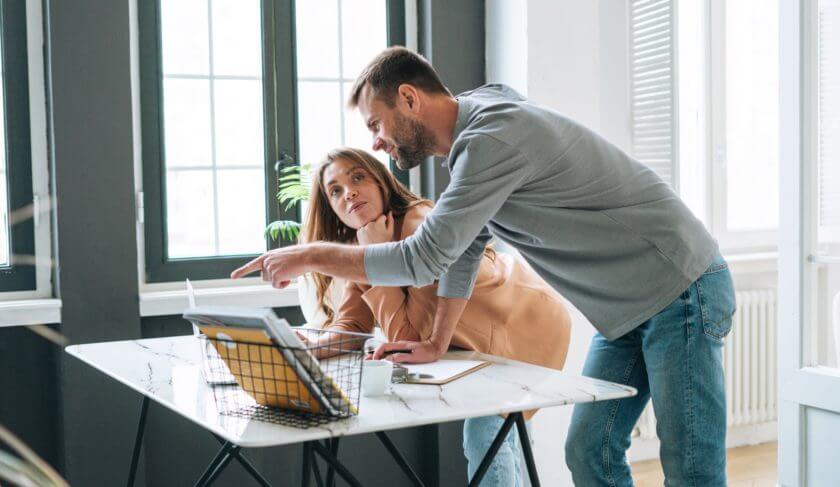 We assigned a man to report on the 5 compliments men should never be giving women, ever again. Here’s what he found.

I believe I was assigned this story because I’m past the drunken keg party pick-up line  phase, and according to 23andMe, I’m less than 2% Neanderthal.

I spent the last week speaking with accomplished women about the compliments that they hope to never hear from a man again, and turns out there are a few recurring compliments that most women wish we’d keep to ourselves.

With that said, most women interviewed for this article stressed the importance of context. For example, the type of line a man may try out at a bar is simply never appropriate in the office or any other professional setting. One big reason for this (apart from just common professional courtesy) is that when you’re at a bar, a woman can just leave – if she’s sitting next to you in an office setting all day, she can’t. And once you’ve even slightly overstepped your bounds, things can get uncomfortable quickly.

Men who’ve had their locker room banter accepted in the workplace for millennia may now be annoyed when a sexist “compliment” lands them in Human Resources, but that’s only because they refuse to abide by improved office etiquette, not because they’re unaware of it. A good rule of thumb is to think twice before you say something – rare for the male species – and then, don’t say it. Another good rule is that if you wouldn’t pay the same compliment to a man, you should never (ever) offer it to a woman.

My battery of (strictly anecdotal) research is in, and we’ve got a rundown on number of compliments that should immediately be stricken from the male vocabulary.

“She has such a nice personality.”

It’s the classic non-compliment compliment. The OG of back-handed snipes.

The unspoken lead-in to the above underhanded praise is “She’s no beauty, but . . .” Just as no one wants to be judged solely on their looks, we also don’t want to be judged just on our personality. Moods change. She may generally have a great personality. She may just hate you.

“Your hair looks so nice that way.”

The implication here is that on other days her hair is not so nice. Or maybe her hair is the exact same, every single day, and your compliment has just made her realize you’re an idiot.

One other common mistake in hair commentary is “Your hair looks so much better when it’s straight.” No woman who was born with curly hair gives a damn that you like her hair better processed, treated, or ironed.

First off, it’s “women,” not “girls.” Secondly, strong women do not take kindly to any compliments that puts down other women. “An example of this,” said a 30-something Washington, D.C. woman, “is a guy who told my friend, ‘Women in DC are ugly and plain, but not you, though.”

“You’d be so pretty if you smiled.”

As a male with resting grimace-face, I hate it on the rare occasions when people on the street tell me to smile. So, news flash, men, women are not here to provide you with smiles, approval, r pleasant exchanges of any kind. They owe you nothing. Think about it from her perspective: If you were paid less than the male moron picking his nose in your last Zoom meeting, or were forced to constantly campaign against politicians who are all to eager to trample your rights, you might not feel like smiling all the time, either.

“You’re too pretty to be going out with him.”

So, you think I’m too stupid to pick my own boyfriend? Or perhaps you’re hoping that your profoundly shallow observation is going to inspire a revelation that ends with me running directly into your arms?

There’s so much wrong with this. A newspaper columnist I interviewed for this piece summed it up best for me:

“Unless a man knows a woman well, compliments can come off creepy and/or loaded, especially when they are centered on her appearance. So maybe just don’t — unless it’s in the right context with a person you know and not some back-handed, sexist, entitled gibberish that forces the woman to engage. That said, absolutely compliment your female co-workers in public for their great work and leadership…because chances are that some other dudes in the room have either attempted to erase her work, or have taken credit for it.”

The 5 Money Management Skills You Need to Improve Your Relationship