What Do You Wear Toward The End Of A Pandemic? 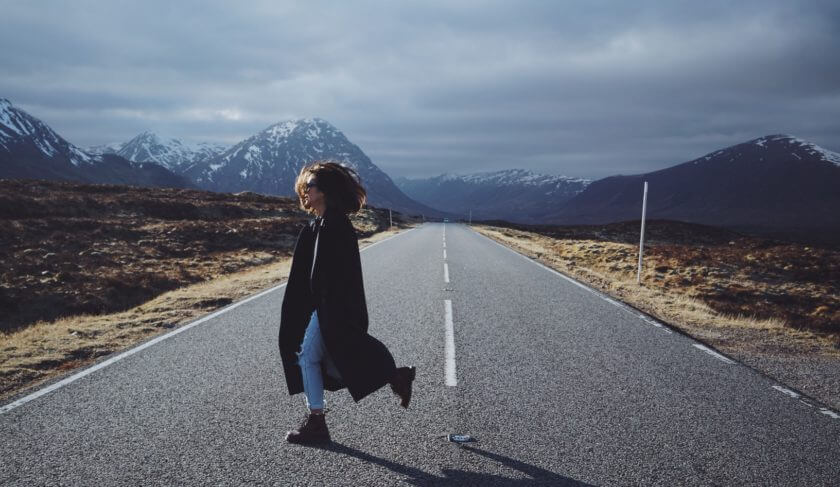 If you're wondering what to wear as this pandemic inches toward its end, you're definitely not alone. Skinny jeans, perhaps?

Not subscribed to HerMoney’s weekly newsletters yet? This is what you’re missing! Here’s a look at what we published in our “This Week In Your Wallet” newsletter, Tuesday, April 13, 2014.  Subscribe Today!

This Week In Your Wallet: What Do You Wear Toward The End Of A Pandemic?

Full disclosure: I was in my favorite jeans, which happen to be skinny (although not too skinny), and after years of wear just soft enough when I read in the Wall Street Journal that these pants — along with “mom cardigans,” no-show socks and t-shirts with messages on them — now make me look dated. Actually, the story said they make the wearer look like a dinosaur, and splashed an illustration of a dinosaur clad in jeans that hug the leg all the way down to the ankles on the front of the “Off Duty” section to prove it. (Necessary? I think not.) But the Journal wasn’t alone. The CEO of Levi’s weighed in, telling CNBC that the world is in a “new denim cycle,” dominated by looser fits.

Is this really the most important money news of the week?  Probably not, and I’ll get to what is momentarily, but I — in prepping for a segment on Live with Kelly and Ryan tomorrow — am a little caught up in what to wear. And judging by the headlines, I’m not the only one.  I liked the advice in The New York Times which suggested you “schedule an appointment with those clothes you haven’t worn in a year.”

How do you do that? Block an hour or two. Go item-by-item and allow yourself to purge the things you never really liked anyway (if they’re still in good shape and you think they have value, download the Poshmark app and create listings as you go, or, if that’s too much work, consign designer goods to TheRealReal and send everything else to ThreadUp or to charity).  Get rid of anything that no longer fits.  (The American Psychological Association’s latest Stress in America poll shows 61% of people have experienced “undesired weight changes” in the pandemic with 42% gaining more than they wanted (an average of 29 pounds) and 18% losing more than they wanted (an average 26 pounds.) Clothes that make you feel bad just to look at them should go.  And as The Times suggests, get rid of anything you have more than three of.  I’m assuming that white t-shirts and blue jeans are exempt.

And masks — of course — because…

“An inflection point” — that’s where Federal Reserve Chairman Jerome Powell believes the country is, he told reporter Scott Pelley on Sunday’s 60 minutes. When Pelley asked if the economy was still in jeopardy, Powell responded: “ Because of widespread vaccination and strong fiscal support, strong monetary support, we feel like we’re at a place where the economy’s about to start growing much more quickly… The outlook has brightened substantially.”

The wild card in this equation is, of course, the virus. A fourth wave, particularly if substantial, could derail this potential progress.  And the progress they’re looking for is substantial: Growth of 6% to 7%, which would be the highest in 30 years. And unemployment falling to 4% to 5%, down from the 6% where it’s sitting now. Powell also emphasized that he isn’t worried about inflation. He explained that, historically, as unemployment tapered off after prior recessions, inflation didn’t tick up substantially.  That will allow the Fed to wait until inflation hits or exceeds 2% to start raising interest rates. “We want to see inflation move up to 2%. And we mean that on a sustainable basis,” he said. “We don’t mean tap the base just once… And the reason for that is we want inflation to average 2% over time. And when we get that, that’s when we’ll raise interest rates.”

Cyber Risk: The Other Worry

If there’s another worry on Powell’s plate, it’s cyber security. The attacks on our country’s institutions are coming at a fast and furious rate. To wit: The Facebook breach that was reported last week by Business Insider. This was not a new breach — the data was taken sometime before August 2019. But as often happens in these things, hackers sat on the data while the tumult cooled, and just recently posted the personal details (names, addresses, phone numbers, locations, email addresses) of the 533 million compromised users to an amateur hacking forum.  As Facebook told NPR, it will not be notifying you if your data was taken. But you can check if your data was taken in this — or other breaches — by using the tool haveIbeenpwned.com.  Fair warning: Chances are good you have been. Don’t panic. But do A) freeze your credit (I walk you through simple steps here) and B) turn on two-factor authentication wherever it’s available. Using a password manager will help, too.

The other thing not to do is beat yourself up about it. Or any other past financial transgressions. We all make them. I’ve certainly made most of them. But as we — hopefully — start to move out of this trying period in our history, let’s find ways to learn from our errors, figure out our specific personal triggers, and give ourselves a little grace. Skinny jeans and all.

How To Have A Happy — And Affordable — Mother’s Day Celebration