This Week In Your Wallet: Support When You Need It 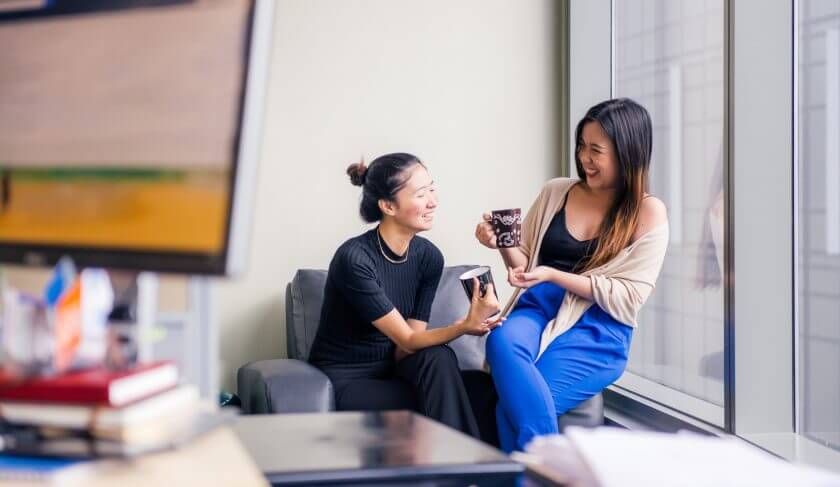 This week, Jean tackles work-life balance, a bull market, and the importance of being heard.

Balancing kids and career is never easy, but if it seems that men make the transition into parenthood much easier than women — that’s because, well, they do.

Although most Americans are now likely to believe it’s “equally important” for babies to bond with both their mother and father, and other research points to new parents splitting things like housework, the lion’s share of the responsibility still falls to mom. “In managing children’s schedules or caring for them when they are sick, [the responsibility] is eight times more likely to be the mother’s,” according to a new study by Merrill Lynch, The Financial Journey of Modern Parenting. Perhaps that’s why 46% of fathers are able to switch to a new position that pays more, compared to just 24% of mothers.

Although in recent years we’ve made serious progress on waking up to the wage gap (though there’s still a lot of work that needs to be done on closing it) these numbers offer a cautionary tale, even for millennials who came out of college earning the same as their male peers. When women hit child-rearing age, the wage gap threatens to open right back up again. More consistent and more affordable childcare options could make a big difference, and thankfully there are plans in the works now for additional childcare funding, and several presidential candidates have ideas for how we can solve the problem once and for all.

How much do you have invested? Back in 2009, did you capitalize on a market that was down 57% from its peak, and are you celebrating the 10 year anniversary of the bull market, as Matt Phillips asks in the New York Times? If the answer is “no,” you’re certainly not alone, but it doesn’t mean you’re right. In the last decade, just 38% of percent of Americans under 35 have invested money in the stock market — that compares to 52% before the Great Recession. Women are even further behind — 40% fewer Millennial women invest than Millennial men, according to a study by digital investment platform Wealthsimple.

The problem with steering clear of the market is what you’re likely doing with your money instead of investing it: stashing it in a bank account where it’s losing purchasing power after taxes and inflation. If you’re still sitting on the sidelines, check out some reasons why you should be investing in the market, and get started today.

Making It At Any Age

Did you know that Julia Child didn’t even learn to cook until she was 36? Or that Toni Morrison published her first novel at 39, or that Lucille Ball was 40 when the first season of “I Love Lucy” debuted? In other words, success and acclaim don’t always come early — nor should they. Sometimes the best things come to those who wait (and hustle, and persevere!) and we’ve highlighted a few of them in HerMoney this week. And while we’re on the topic of making it, our work friends — or “work wives,” even — can have a huge impact on our careers, by offering support, encouragement and perspective day to day. Erica Cerulo and Claire Mazur, work wives and founders of the popular fashion and design website, Of a Kind, joined us last week for episode 151 of the podcast to talk about just that and their new book: “Work Wife: The Power of Female Friendship to Drive Successful Businesses.” Listen to what they had to say.

One of the best ways to show your employees you understand them and respect them is simply to listen to them — so why is this so tough? Many bosses feel like they need to have all the right answers, rather than questions, writes Adam Bryant in the New York Times. And in today’s digital age, electronic communication has changed the way many of us interact, making our face-to-face conversations more infrequent, and thus more precious. There’s nothing worse than walking away feeling like the person you were speaking with was more interested in a performance than an actual connection. Bryant offers a few tips for ensuring that your employees always know you’ve heard them.  Before any conversation, try to clear your mind. Then, take the “improv approach,” which means you’re only allowed to react in the moment to what the other person is saying — in other words, you can’t be mentally planning out what you’re going to say next. Check out the full article for more ways to ensure your conversation partners always walk away feeling heard.

Know Your Tax Terms: What Is A Donor-Advised Fund, And How Does It Benefit You?