Why Anna May Wong’s Quarter Is More Than Token Representation 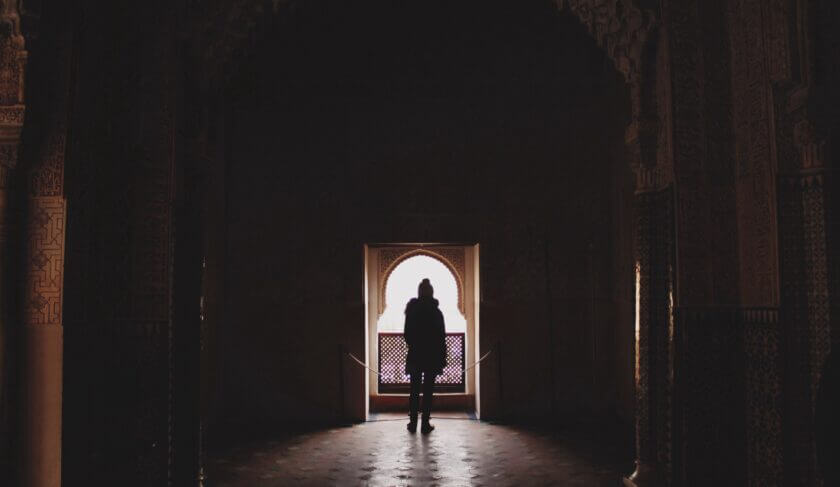 I grew up disconnected from my Asian American heritage. More representation means that future generations won’t have to do the same.

“Are you going to dress up?” my friend asked.

“No,” I said. “I can’t think of any characters who look like me, except for Mulan.”

Every year, my middle school had dress-up days themed around our favorite movies and TV shows, but I almost never came in costume. That’s because I couldn’t think of a single Asian character in the shows I watched — other than Disney’s Mulan. I couldn’t name more than a handful of Asian American actors or celebrities. I’d never heard of Anna May Wong, the Chinese-American Hollywood star of the ‘20s and ‘30s who is now the first Asian American on U.S. currency.

My parents and older sister moved from China to the U.S. in the 1990s, several years before I was born. They eventually settled in Murfreesboro, Tennessee, a suburb of Nashville that’s 71% white and only 3.4% Asian.

I spent almost all of my childhood believing that every Asian family was just like ours — recent immigrants. The handful of other Asian American kids I knew were also first or second-generation. Mentions of Asian Americans in my U.S. history books were limited to a couple paragraphs about Chinese railroad workers during the Gold Rush and Japanese internment camps.

I feel ashamed to admit my lack of AAPI cultural knowledge, but my experience isn’t unique. Even though Asian American history stretches back to the 18th century, generations of Asian Americans have had to combat the perpetual foreigner stereotype, the damaging and often unconscious belief that Asian Americans aren’t truly American. I certainly felt this way growing up, even though I, like 43% of Asian Americans today, was born in the U.S.

In school, I fought a constant nagging feeling that I didn’t belong. People asked where I was from, and I knew they didn’t want the real answer — that I was from Tennessee. My Chinese American friends would put on fake Asian accents and pretend to be caricatures of Confucius, to the laughter and delight of our non-Asian friends. I also enjoyed playing up my “Asianness” as a way to fit in, often waxing about the handful of times I’d visited my “home” country — even though I didn’t know much about Chinese culture and could barely speak the language. There was no American in my understanding of being Asian.

The Parts We Play

I first learned about Anna May Wong in college. I’d left my hometown and moved to Philadelphia, and for the first time, I had the opportunity to study Asian American history at a large university with Asian American professors and classmates. I learned about the 1875 Page Act, which banned the immigration of Chinese women based on the assumption that many were prostitutes who “carried distinct germs to which they were immune, but from which whites would die if exposed.” I read about anti-miscegenation laws that made marriages between Asians and whites punishable with jail time.

Wong’s career was marred by this history. As successful as she was as an actress, she was also confined by her roles, which often stereotyped Asian women as either passive, innocent “Lotus Blossoms” or dangerously sexual “Dragon Ladies” who led white men astray. Film codes forbidding interracial kisses onscreen meant that Wong was often passed over for lead roles. Frustrated by American racism, Wong left for Europe to access better opportunities.

“I was so tired of the parts I had to play,” she told the Los Angeles Times in 1933. “Why is it that the screen Chinese is nearly always the villain of the piece, and so cruel a villain — murderous, treacherous, a snake in the grass. We are not like that.”

In 2020, the number of anti-Asian hate crimes in America rose 124% from the year before, largely because of the pandemic. It was even worse the next year, when anti-Asian hate crimes increased more than 300%. The former president was regularly tweeting about the “Chinese virus,” a phrase linked to an increase in anti-Asian language online. Once again, Asians were seen as vectors of a dangerous disease. For the first time, strangers on the street threw out racial slurs as I walked by.

During that time, I found myself leaning on the history I was learning. It was painful to know that anti-Asian racism was so ingrained in American history, but it was also comforting. I wasn’t alone in my experiences. Generations of Asian Americans had gone through similar or worse. History taught me that the struggle was much greater than the here and now. That I didn’t have to prove to anyone that anti-Asian racism was real, because there’s a long record. That I had centuries of role models I could look up to.

Learning From Our History

A lot has changed in the decade since my school’s costume day. Wong’s wish for more diverse representation of Asian Americans is being answered at what feels like a breakneck pace. With films like “Crazy Rich Asians,” “The Farewell,” and “Everything Everywhere All at Once” on the big screen, my 13-year-old self would’ve had her pick of badass role models. K-12 schools and universities are eager to spotlight AAPI Heritage Month — a month that I didn’t even know existed before college. And now Wong is sharing the quarter with George Washington. But clearly, the rise of anti-Asian sentiments in the past few years shows us that we still have a lot to learn from the past.

Wong’s starring role on the quarter is especially poignant because she was chronically underpaid, earning $6,000 as the titular character of “Daughter of the Dragon” compared to her white male co-star’s $12,000 check. And her career in America was stunted by the lack of opportunities for actors of color.

Understanding where these inequalities originate is the first step to eradicating them completely. It took me a decade to explore my own Asian American identity, learn the history, and recognize how it connects to the present day. And it’s still an ongoing process. But hopefully, with Wong’s new quarter, others will find a shortcut to that knowledge right in their wallet.

Chelsey Zhu is the Associate Producer for the HerMoney Podcast Network

SUBSCRIBE: For more insights on women, money, and how we can uplift each other, subscribe to HerMoney today.

How to Protect Yourself From Online Harassment