The 6 Best Apps for Splitting Bills With Friends 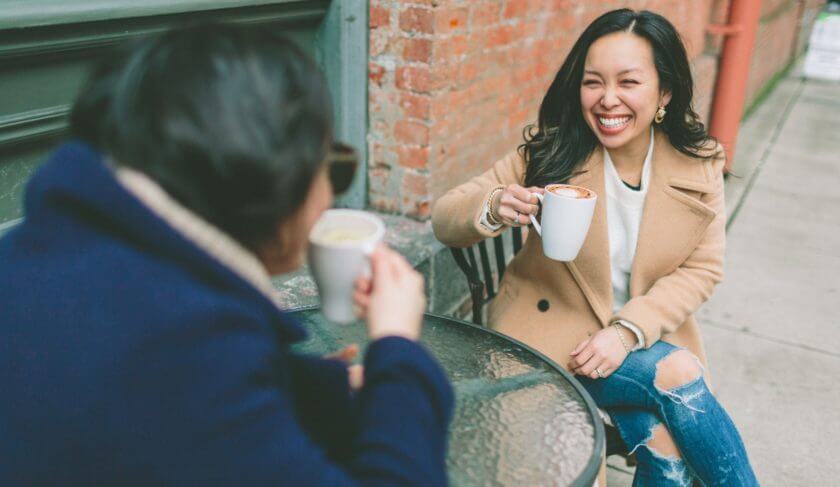 Our review of the six best apps to use when splitting bills with friends – because no one like those awkward math moments.

Grabbing pizza and beer with friends used to mean emptying your wallets in order to come up with enough cash so that everyone in your party could contribute to the bill. But of course this led to many awkward conversations about exactly how to split the bill, and what to do if someone couldn’t pay their share.

These days, with platforms like Zelle and Apple Pay, credit cards, and countless bill-splitting apps, carving up a restaurant bill has never been easier. No matter what form of payment you’re using, it’s arguably the apps that have been a game-changer. Some apps are designed specifically for dining out, while others work better for roommates sharing living costs, or splitting the costs of group travel. The best part? These apps can drastically cut down on the number of money transfers each person has to make, and almost completely eliminates the headachy math.

No, bill-splitting apps won’t entirely eliminate those awkward money conversations from your life, but the transparency these apps offer should hopefully take the sting out of these convos and help everyone you’re eating with, traveling with, or living with feel they’re paying exactly what they owe — and not a penny more.

This app gets top marks for versatility and functionality because it covers different kinds of situations, like dividing expenses with a roomie or significant other, splitting a restaurant bill, or taking a trip with friends. It works especially well for activities over time like a monthly grocery bill, utility share, or vacation.

How it works: Create groups for each activity, and the app keeps a running tally for each group of everyone’s IOUs and who’s paid what along the way. You can split evenly or unevenly by percent or shares.

For example, let’s say you take a trip with three friends. Everyone can see the shared expenses listed, and each person’s balance goes up and down as the app tracks costs over time. It also tells each person who they owe. At the end of the month, it sends reminder notices of what is owed, but a group can settle up whenever they choose. We love that the app interfaces with Venmo and PayPal since many people already use one or both. Or if someone pays in cash, the recipient can record a cash payment in the app.

If you want to be able to scan receipts or convert currency on an international trip, you’ll need the pro version.

Like Splitwise, this app keeps track of a group’s expenses—roommates sharing costs or buddies taking a trip—and automatically calculates who owes how much.

How it works: In the free version, you log in and create a group. You can then decide how to divide payments—equally, by share, or by specific amounts for each individual—and the entire group can see who owes what. That might be all you need.

If you’re doing more complicated transactions over time with a significant other, the paid version allows you to upload receipts, manage recurring transactions, and create expense categories for better budgeting. In this version, you can also convert currency during international travel.

“Split bills, not friendships” – that’s Splid’s tag line. This app is well suited to group travel but also works for roomies and relationships. It includes 150 currencies and works on and offline (in those travel dead zones). Plus, you can download expense summaries in Excel or a PDF.

How it works: Add up all the group expenses and divide among the members for easy payment. Multiple members can be added to an expense. So, for example, say two people cover the cost of a boat tour for five, add all five to the expense, and the app will tally who owes how much to whom. No need to register for an account, a feature that people especially like.

If you already use Splitwise, this integrated free app is designed specifically for dining out. It gets rave reviews for its ease-of-use functionality, and the visuals make it a snap to use.

How it works: Everyone in the group gets their own “plate” and you drag their menu items to their plate. If several people share something like an appetizer or dessert, those items can be shared among those plates (or among the whole group if ordered that way). If two people are paying together, their plates can be “stacked.” The app calculates tax and tip portions, and notifies users by email or text of their total. A couple limitations: it limits group size to 10 and it’s only available on iOS.

How it works: Each person taps the items they ordered from the receipt, or, if sharing, multiple people can tap the same item and the cost gets divvied up. Tax and tip also are split up proportionately. Tab keeps activity synced in real time, and individualized totals go out to each person.

The app interfaces with Venmo for easy payment or allows you to record a cash payment from someone. One thing to know—Tab doesn’t allow uploading older photos of receipts from your camera roll to square up later, so you’ll want to handle splitting the bill in the moment.

Just in case you don’t already use Venmo, here’s the rundown.

How it works: Venmo lets you send to and request payment from another person. It’s not a bill-splitting app, per se, but it’s a snap to pay back or be reimbursed for an expense by adding your bank account or a debit card for no-fee transfers. Your roomie covered groceries? Do the math and pay your share. And don’t forget, it interfaces with other apps like Splitwise and Tab.

The New Rules of Allowances for Kids