20 Quotes from Powerful Women on Gratitude 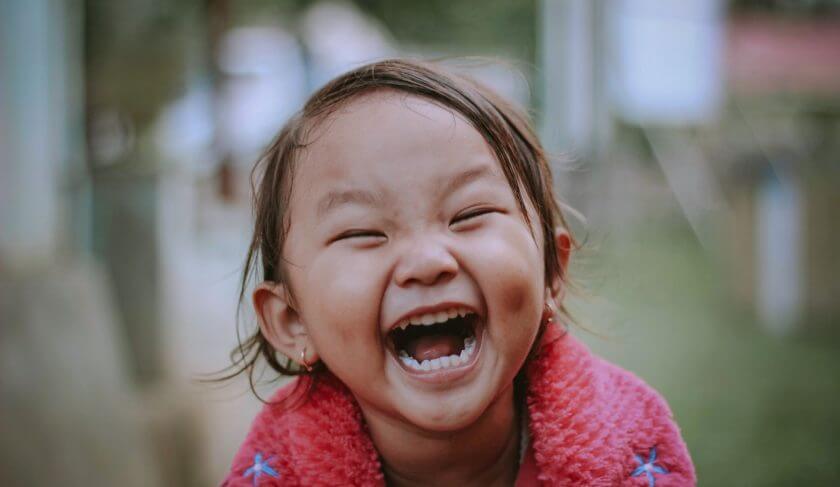 Who run the world? We do. For these powerful women, success never kept them from expressing thankfulness for their privileges, circumstances, wealth or those who came before them.

If you’re reading this, chances are you have a lot to be grateful for. You’ve most likely achieved many resources—be that the electricity that powers your home, a job that pays for your smartphone or the opportunity to garner an education that makes it possible for you to read about how not to go broke. And as Women’s History Month starts, we have a lot as women to be thankful for even as we push forward.

Optimism may keep you happy, but gratitude keeps everything—especially your losses—in perspective. Cultivating gratitude can be particularly challenging when you’re ambitious: It’s easy to overlook what you have while you’re striving for more. But for these powerful women, success never kept them from expressing thankfulness for their privileges, circumstances, wealth, or those who came before them.

“Silent gratitude isn’t very much use to anyone.”

Gertrude Stein was an American author of plays, poetry and novels. She moved to Paris in 1903 and notably never returned to the United States. Considered a pioneer of modernist literature, her book, “The Autobiography of Alice B. Toklas” (named after her partner, Alice Toklas), garnered her mainstream literary attention.

Stein’s Paris literary salons, which she hosted in her home along with Toklas, were attended by Pablo Picasso, Ernest Hemingway, F. Scott Fitzgerald, Sinclair Lewis, Ezra Pound and many other modernist artists and writers.

“In the end, though, maybe we must all give up trying to pay back the people in this world who sustain our lives. In the end, maybe it’s wiser to surrender before the miraculous scope of human generosity and to just keep saying thank you, forever and sincerely, for as long as we have voices.”

Elizabeth Gilbert is a journalist, short story writer, memoirist and novelist. Her 2006 memoir “Eat Pray Love” was an international best seller and sold more than 10 million copies worldwide. In 2009, Time named Elizabeth one of the 100 most influential people in the world.

“The best way to show my gratitude is to accept everything, even my problems, with joy.”

Mother Teresa founded the Missionaries of Charity, a Roman Catholic religious congregation, which comprised more than 4,500 religious sisters in 133 countries. For her gargantuan humanitarian efforts, Mother Teresa received the Nobel Peace Prize in 1979.

“I want to thank my parents for raising me to have confidence that is somehow disproportionate with my looks and abilities. Well done. That is what all parents should do.”

Tina Fey is a writer, producer, actress, and comedian known for breaking into one of the biggest boys’ clubs ever: “Saturday Night Live,” where she worked up to head writer. She currently holds eight Emmys, two Golden Globes, five Screen Actors Guild Awards, four Writers Guild of America Awards, and has been nominated for a Grammy.

“I am grateful for the blessings of wealth, but it hasn’t changed who I am. My feet are still on the ground. I’m just wearing better shoes.”

Oprah Winfrey is an actress, producer, philanthropist and former talk show host. “The Oprah Winfrey Show” was the highest-rated talk show in American history. In 2009, Forbes named her the richest African-American of the 20th century, and she is one of only two black female billionaires in the world.

“If you want the rainbow, you gotta put up with the rain.”

Dolly Parton is singer-songwriter, actress, author and philanthropist. Twenty-five of her songs have reached No. 1 on the Billboard Country charts — a record for a female artist. Music sales throughout her career total more than 100 million worldwide.

“Appreciation can make a day — even change a life. Your willingness to put it into words is all that is necessary.”

Margaret Cousins was a suffragist who established the All India Women’s Conference (AIWC) in 1927. The organization is still operating today, assisting in the welfare of women and children.

“When you give appreciation in order to get something it’s manipulation and people can sense it. Appreciate genuinely.”

Marilyn Suttle is the President of Suttle Enterprises LLC, a personal and professional growth training firm. Her clients include Fortune 500 companies like Ford Motor Company, Pfizer Corporation and Visteon.

“Cherish forever what makes you unique, ‘cuz you’re really a yawn if it goes.”

“Let gratitude be the pillow upon which you kneel to say your nightly prayer. And let faith be the bridge you build to overcome evil and welcome good.”

Maya Angelou was a renowned poet and author, receiving international acclaim for her autobiography, “I Know Why the Caged Bird Sings.” In total, she published seven autobiographies, three books of essays, and several books of poetry as well as plays, movies and TV shows.

“The more one does and sees and feels, the more one is able to do, and the more genuine may be one’s appreciation of fundamental things like home, and love, and understanding companionship.”

Amelia Earhart was the first female aviator to fly independently across the Atlantic Ocean, for which she received the U.S. Distinguished Flying Cross. She was also a member of The Ninety-Nines (named for the number of members), an organization for the advancement of female pilots.

“I owe a debt of gratitude to two other living justices. Sandra Day O’Connor and Ruth Bader Ginsburg paved the way for me and so many other women in my generation. Their pioneering lives have created boundless possibilities for women in the law.”

Elena Kagan is the Supreme Court’s 112th justice and fourth female justice — ever.

“My parents are the coolest of the cool on every single level, and it’s because they have a deep appreciation for every moment of their lives.”

Rashida Jones is an actress and screenwriter most popularly known for her role as Ann Perkins on NBC’s “Parks and Recreation.”

“It has been said that life has treated my harshly; and sometimes I have complained in my heart because many pleasures of human experience have been withheld from me … if much has been denied me, much, very much, has been given me….”

Helen Keller was an author, speaker and advocate of people with disabilities. She was the first deaf and blind American to earn a bachelor of arts degree and was the co-founder of the American Civil Liberties Union (ACLU). Her courageous life has been portrayed in many films, TV series, and plays.

Audre Lorde was a poet, essayist, and civil rights activist. She co-founded Kitchen Table: Women of Color Press, which published the notable feminist anthology “This Bridge Called My Back: Writings by Radical Women of Color.”

“‘Thank you’ is the best prayer that anyone could say. I say that one a lot. Thank you expresses extreme gratitude, humility, understanding.”

Alice Walker is highly decorated poet, author and activist. She has published seven novels, four collections of short stories, four children’s books, and volumes of essays and poetry. Her 1983 novel, “The Color Purple,” earned the Pulitzer Prize in fiction, making her the first African-American woman to receive the award.

“Gratitude unlocks the fullness of life. It turns what we have into enough, and more. It turns denial into acceptance, chaos to order, confusion to clarity. It can turn a meal into a feast, a house into a home, a stranger into a friend.”

Melody Beattie the author of the 1987 self-help book “Codependent No More,” which sold more than 8 million copies.

“As a child, I didn’t know what I didn’t have. I’m thankful for the challenges early on in my life because now I have a perspective on the world and kind of know what’s important.”

America Ferrera is an actress best known for her starring role in the ABC series “Ugly Betty.” She’s won a Golden Globe, a Screen Actors Guild Award, and an Emmy.

Beyoncé’s net worth is estimated to be $355 million. To date, Beyoncé has sold more than 100 million albums worldwide and has won 22 Grammys, making her the second most honored female artist at the Grammy’s behind Alison Krauss. She regularly sings about women’s empowerment. Who run the world? Girls.

SUBSCRIBE: We’re changing our relationships with money, one woman at a time. Subscribe to HerMoney today.
Editor’s note: We maintain a strict editorial policy and a judgment-free zone for our community, and we also strive to remain transparent in everything we do. Posts may contain references and links to products from our partners. Learn more about how we make money.

This Week In Your Wallet: Winning Strategies