6 Ways to Win People Over at Work 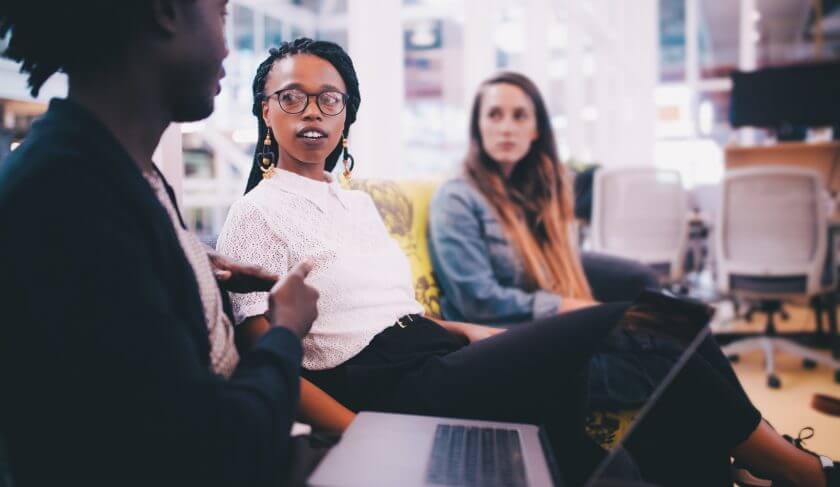 Dale Carnegie’s book, “How to Win Friends and Influence People” got it right way back in 1936. His principles for gaining influence at work remain spot on.

New job means new coworkers. Making friends is not as easy as it was in kindergarten but it is doable if you keep an open mind. Before there was “The Power of Positive Thinking” and “The 7 Habits of Highly Effective People,” there was Dale Carnegie’s “How to Win Friends and Influence People,” arguably one of the first self-help best-sellers in history. Since Carnegie first penned this guide in 1936, more than 15 million copies have been sold.

What makes this book endure? At its core, the book teaches readers how to gain influence and power over others, not by force but with kinder, gentler means. Simply put, to change others’ behavior, you have to first alter your own. These days, we have social scientific research to back up a lot of Carnegie’s claims. Here are some that have stood the test of time.

How to Win People Over

Think you can win friends with your gift of gab? Think again, says Columbia University research published in the Journal of Research in Personality. When subjects were asked to rate former work colleagues, scientists found those with the most influence were the best listeners not talkers.

“Many academic and popular accounts stress that those capable of effective expression — speaking up and holding forth — often garner influence,” say the study authors. But research suggests otherwise: “Those who listen well may reap both informational and relational benefits that make them more influential.” The reason? Hearing what colleagues have to say fosters two key elements for gaining influence: forming trust and learning new information.

Numbers may not lie, but it looks like they may not have the same powerful effect as personal stories, according to University of Pennsylvania’s Wharton School of Business research. Trying to get others behind you on a particular cause or agenda? Appeal to their emotions, and skip the stone-cold facts even when they’re irrefutable. When the study authors evaluated subjects’ reactions to a charitable cause, grim stats still didn’t move them to action as much as personal stories that tugged at their heartstrings.

When MIT researchers studied the art of the successful business meeting, they found it possible to predict if a proposal would be accepted or rejected — just by the kinds of persuasive words used by the speaker. Two of most powerful words for the boardroom: “yeah” and “start.”

It appears when you begin a response with the positive word, “yeah,” you’re “framing a suggestion as an agreement with a previous suggestion,” say the authors. Apparently, when your idea “comes across as if it were in line with the previous thoughts by others, the suggestion has a higher chance of being accepted.” In a similar fashion, begin with the word “start” when giving a command. The MIT researchers found meeting attendees complied more readily when this kinder, gentler version of “do this!” was used.

Smile Genuinely (and Don’t Keep Eye Contact for Too Long)

To just “grin and bear it” may not do you any good when you’re trying to gain influence. People can usually tell you’re faking it, say researchers. Drum up a real smile, dubbed a “Duchenne smile” for the 19th century French neurologist who first formally documented the physical attributes of a genuine smile (that is, your cheeks rise and you create crinkles or crow’s’ feet around your eyes), and you can actually persuade people you’re authentic and trustworthy.

Even when you’re good at showcasing your Duchenne, be sure you don’t hold the gaze of the listener for too long or you’ll undermine your persuasion, found research published in the journal of Psychological Science. A study suggests that eye contact may actually make people more resistant to you, especially if they’re inclined to disagree with you in the first place. Looking into someone’s eyes can also be perceived as an attempt to “stare down” or exert dominance, a real no-no in the Carnegie school of influence. Looking at the other person’s mouth can help take the edge off in a potentially heated conversation.

Saying you’re sorry doesn’t undermine your influence (as long as you use it sparingly, and when you’ve genuinely done something you know you shouldn’t have). Rather, it can strengthen your appeal to those around you, say scientists. In one Harvard Business School study, researchers discovered apologies can build trust in those around you by demonstrating “empathetic concern.” In another study on the effectiveness of apologies by managers, Israeli study authors concluded similarly that apologizing is more effective than not. In fact, “the less expected they are, the greater their effectiveness.”

Give Lots (and Lots) of Praise

Don’t skimp on the compliments, even when you actually want to improve the performance of those around you, found Japanese researchers. When study subjects were praised for their sequential finger-tapping ability, their actual fine motor skills improved after a mere 24 hours (a time gap chosen so they wouldn’t have time to practice) — thanks to the compliments they received. “These results are the first to indicate praise-related improvements in motor skill memory are not due to a feedback-incentive mechanism, but instead involve direct effects on (improving motor skills),” say the authors.

How can we apply this on the job? Praise the new assistant who got through her first week without (too many) glitches. It will set the tone for her to put her all into a workplace that appreciates her skills.

We’re all in this together. Join the HerMoney Facebook group to talk money and more in a judgment-free zone.

How To Move Past Childhood Money Scarcity Anxieties