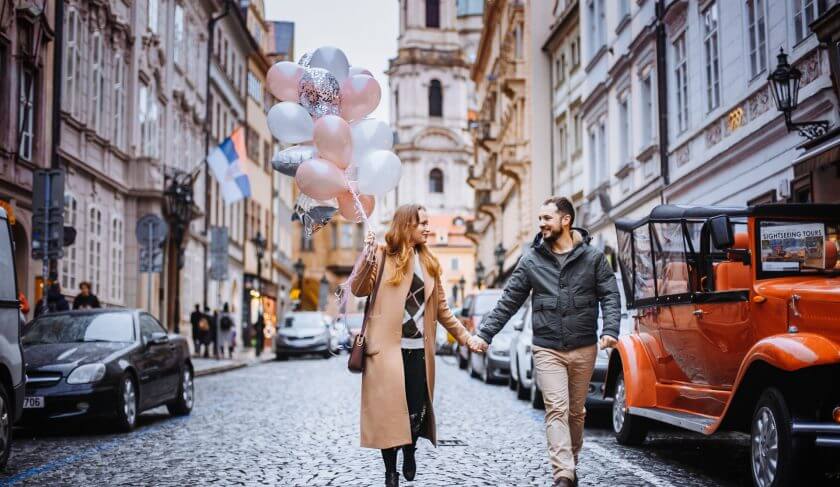 A look at some of the best ways to handle money in a relationship, from six real couples who have managed their money successfully.

What’s the best way of successfully managing money in a relationship? There isn’t one. The right way is the one that works for you. That’s been my answer since I wrote Women With Money: The Judgment-Free Guide To Creating The Joyful, Less-Stressed, Purposeful (and, Yes, Rich) Life You Deserve. For that book, I interviewed hundreds of real women and asked about the systems that worked for them. Guess what? They’re all over the place.

So, this Valentine’s Day, let’s respect ourselves enough to find what feels right, stick with it for as long as it’s working, and change it up if needed. Sure, it requires ongoing communication – and honesty – with your partner. The ability to say, “Hon, I’m feeling like we need to tweak this a little bit.” In order to get you going, here’s a short excerpt from the book that gives you six ways real couples are happily managing their funds.

For Christina, 33, a mother of one working part-time in Seattle, dividing conquers.  She met her husband at age 18, so they’ve not only been together for a decade and a half, they’ve grown up together. And they’ve always kept separate finances.  “Maybe that’s because I saw my parents fight about money, and it wasn’t something that I wanted in my relationship,” she says. “I don’t need to know what he spends money on, and he doesn’t need to know what I spend money on.  I’ve always made a lot more than he does, so I never wanted to get into an issue of I bought this or he bought that. I don’t want him to be insecure about that at all.”

Maureen, 36, a media director in LA, keeps her finances separate from her fiancé. They divvy up the bills based on the calendar. “My fiancé gets paid at a different time than me, so I will handle money at the beginning of the month, and he picks up when he gets paid and then we even out,” she says. It’s very fluid.”

Riki, a 44-year-old freelancer from Arizona, merges some finances but not all. She watched as an older woman in her life who had ceded control of her finances lost her husband, and was left penniless.  “She assumed all those years that they had savings, they had insurance. But the house wasn’t even paid off. It was harrowing to see,” she says. That’s why, she said, no matter how happy she is in her marriage, she’ll always have her own earnings and her own savings — her version of successfully managing money. “Things happen in life that you can never predict, and we need to take care of ourselves.”

Gina, 36, a market research consultant in North Wales, PA, kept separate finances from her husband until things got too complicated. Then the couple merged everything, but Gina acknowledges that giving up individual control was a “huge adjustment.” Still, it solved their problems and helped them to manage money successfully. “We were having issues, getting into fights because we didn’t know what the other person was doing. We combined everything, and that gave us complete transparency at all times.”

Transparency is also the key to financial stability for Virginia, 36, a married freelancer in New York. That’s largely due to having an irregular income.  “We’re financially comfortable,” she says. “But there are points in the year where I hit a panic because things are in a lull. And then six paychecks come in the next week.”  Her solution: Constant communication. She and her husband keep a running email thread that bounces back and forth every time a paycheck lands. “And, we try to have a budget meeting every few months,” she says. “We’re due to have one pretty soon.”

Lindsay, 53, is a senior executive at a jewelry company in San Francisco. She and her husband have had what she describes as “a slightly unorthodox financial agreement from the beginning.” His undergrad and MBA in finance are both from Ivy League institutions. She was an art history major from a liberal arts school. “When we met, it wasn’t looking like I was going to be bringing in a lot of money any time soon,” she recalls. “So, I basically said, “It’s not looking good. Do you want to be saddled with this?” And he said, “I’m not marrying you for your earning power.” I said, “As long as we’re clear.”

They tied the knot and chose not to merge their money. And that was the way it went, until they had kids. After working up until the day she gave birth to her first child, Lindsay spent the next eight and a half years as a stay-at-home mom, not earning a penny. “My husband said, ‘Pick a number and I’ll just dump it in your bank account as if you were working. And then you just keep doing whatever you’re doing.’ So, I had an allowance —  which sounds so retro — but it worked beautifully for us.” They based the number on how much Lindsay was making before she stopped working — about $2,000 a month, in the year 2000. She paid for all the kids’ stuff, her clothes, groceries and gas. He picked up the big stuff, like the mortgage, cars, and vacations. “I liked it because I never had to ask, and I could plan on how I was going to use the money,” she recalls. “And even when I wasn’t earning, we had no conflict about money.”

I hope you noticed a couple of common threads in these examples. First, they’re all different — yet they’re all successfully managing their money. That means when you happen on a methodology that works for you, just go with it. If you want to be generous and share with your friends the brilliance of your system, by all means, go for it. Just make sure that if and when a friend is generous enough to share with you the brilliance of hers, compliment her techniques even if they don’t totally jibe with yours. Because the path to better financial lives for all women involves lifting each other up whenever possible, in life, in friendship and in love.