What Can the Bezos Divorce Teach Us About Prenups? 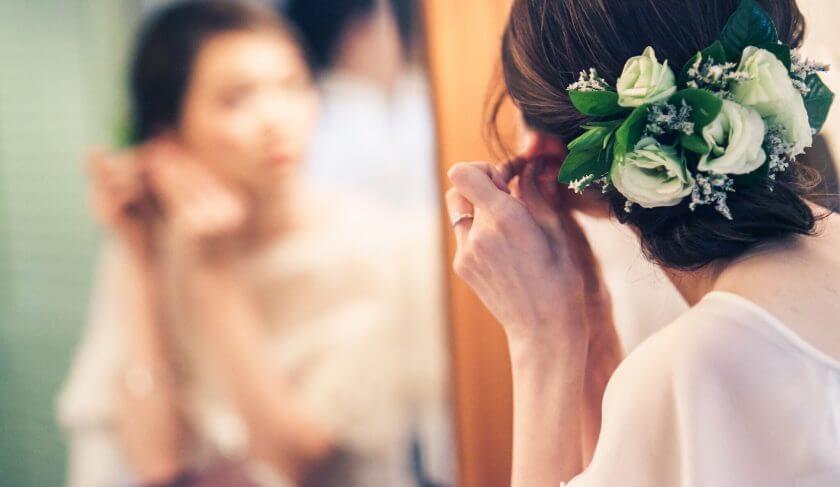 Prenups often get a bad rap as unromantic, but they can be smart financial tools that can protect you, your spouse and your families.

Unless you’ve been avoiding all social and news platforms lately, you’ve heard that Jeff Bezos—aka the genius behind Amazon and the richest person on the planet—and his wife of 25 years, MacKenzie Bezos are getting divorced. According to the Bloomberg Billionaire Index, Bezos is worth $136 billion (yes, with a “B”)—but this divorce could significantly drop this number. Why? Jeff and MacKenzie reportedly don’t have a prenuptial agreement, meaning their assets could be split right down the middle because they are filing for divorce in Washington, which is a community property state.

Pre-Bezos, more than 60 percent of matrimonial lawyers said they’d seen an increase the number of couples asking for a prenup over the past several years. The shift reflects an increase at the age at which couples are tying the knot, which has led to more people accumulating assets on their own that they want to protect. But what about us, the regular, everyday Amazon Prime shoppers of the world? When do we need one? When do we not? Here are a few things we can all learn about prenups.

Who Needs a Prenup?

“There is a good chance that a woman getting married now [has] generated wealth or they have children from a previous marriage that they want to protect,” says matrimonial and family law attorney Bari Weinberger.  Those are prime candidates for prenups as is anyone with a personal business or family trust. For couples with existing children, for example, a prenup can insure that part or all of their parents’ estate gets distributed to them, rather than to the new spouse or, ultimately, that person’s children.

What Does It Do?

A prenup is, at its heart, a pre-marital contract. (Less frequently, they’re also post-marital ones called post-nups, which can give already married couples a do-over if they miss the before-the-ceremony window.)  The contract will stipulate what financial assets and property—from artwork to inheritances—will be shared among both of you (and split up in the case of divorce or death), and which property will remain under the name of it’s premarital owner if the marriage ends.

How to Talk About It

Bringing up a prenuptial agreement, if it’s not something you’ve previously discussed, can be stressful, but it’s better to have the conversation sooner than later. Money issues are a leading cause of divorce and conflict in a marriage, so getting on the same page about your financial intentions now can make things even easier down the road. Done correctly, a prenup should allow you to decide together what happens to your assets in the event that the marriage ends, rather than leaving it up to state laws, a judge or expensive lawyers.

But what about us, the regular, everyday Amazon Prime shoppers of the world? When do we need a prenup? When do we not?

Instead of looking at a prenup as an impending doom, look at it as a precaution to protect yourself and your assets. Look for a time when you’re both relaxed, and consider bringing it up as part of a broader discussion about how you’ll manage your finances as a couple.  “You want to talk about it in a nonconfrontational environment,” says Kimberly Foss, a Certified Financial Planner and president and founder of Empyrion Wealth Management.

In the case of the Bezos family, not having a prenup could result in more—and more costly legal bills—than otherwise might have happened. Washington, where they are filing to end the marriage, is a community property state which dictates that all assets acquired during the marriage will be split equally.  That means MacKenzie could become the richest woman in the world worth a cool $69 billion. “However, splitting certain assets, particularly business assets, is complex and exceedingly expensive. In some cases, the winners end up being the attorneys and accountants, as the assets go to pay their fees. A prenup will handle some of these complications in advance,” says Michelle M. Perkins MBA, CEO of Limit Free Life.

Once you’ve decided to get a prenup, the sooner you can get the process started (and finished), the better. Negotiations tend to get more contentious as the wedding date approaches, and prenups signed on the eve of the wedding can’t be enforced. “This is one of the first things you want to do, not the last,” says Philadelphia divorce attorney Jennifer Brandt. “Then you can go plan the wedding and enjoy it.”

Your prenup should spell out the assets and debts that each of your brings into the marriage, and which ones you plan to keep separate. You and your spouse should use separate lawyers to make sure that the agreement covers your interests. Keep in mind that income earned after you’re married and any accounts that you open or merge later will likely become joint property, which is not subject to a prenup.

Consider Setting Up a Trust

Use of a trust is often times an alternative to having a prenup. “A very common question clients often ask is, “what if my children get a divorce and they don’t have a prenup”?

You can’t control whether your kids will actually sign a prenup, so if you leave assets to them in trust, that would give them creditor protection,” says Alvina H. Lo, Chief Wealth Strategist for Wilmington Trust. “Don’t think trusts are just for the wealthy.” Setting up a trust is almost like you’re doing a prenup for them. “Don’t ignore the use of a trust, it could end up protecting your child down the road,” says Lo.

The big takeaway from this? Entering into a marriage is about more than love.  Like it or not, it’s a business contract as well. And while prenups often get a bad rap as unromantic, or as an indication you’re not committed, they can be a smart financial tool that can protect you, your spouse, your families and your wallets.

4 Steps to Marie Kondo Your Finances