The Financial Pros and Cons of Marriage 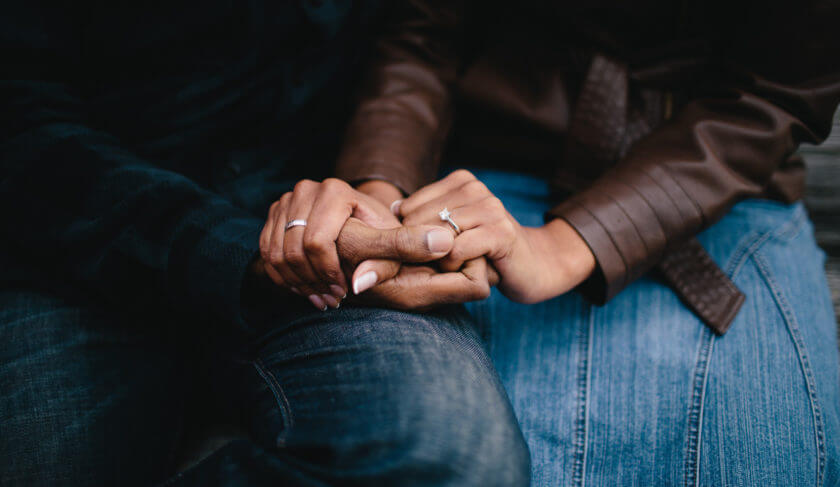 Thinking about tying the knot? It's more than just saying "I do." Find out the financial pros and cons of getting married.

Marriage used to be merely an economic exchange. A bride was “given away” by her family along with some sort of dowry. Or a groom’s family would “buy” a bride from her folks with the hopes that she’d produce children and take on common housewifery tasks. There was little more than a financial pro and con to marriage on both sides of the familial coin. If a deep and loving connection ensued, well, that was just a bonus.

Thankfully, marriage has evolved to be a consensual union of two individuals who are firstly in love. But to pretend that marriage no longer has economic implications is a falsehood. There are several financial pros and cons of marriage, compared to living the single life or as romantic roommates. Consider the following.

“The biggest advantage after saying ‘I do’ is that your earnings typically go up and your expenses go down,” says Stacy Francis, founder and CEO of Francis Financial, a wealth management boutique in New York. “This leads to married couples accumulating more assets than their nonmarried counterparts.”

This, of course, assumes that there are two incomes to join. If that’s your situation, you may benefit from a “more beefed up balance sheet,” says Francis. This can help couples better qualify for a mortgage or a business loan than if they apply as individuals.

At least one study has shown that marriage has a more positive impact on wealth creation than staying single. Jay Zagorsky, a researcher at the Ohio State University, authored the most complete research to date on the economics of marriage back in 2005.  His research found that married folks experience individual net worth increases of 77 percent over singletons in their 20s, 30s, and early 40s. Married couples also see their wealth jump 16 percent for each year of marriage.

Con: The Wedding Could Set You Back

While you certainly don’t need a big fancy wedding to tie the knot, the financial cost of the reception, gowns, tuxes, flowers, honeymoon and everything in between are, combined, one big reason couples may choose to put marriage on the back burner.

Getting married at city hall isn’t for everyone, and some still want to save up to afford the wedding of their dreams. Given recent figures, it could take a while. Wedding website The Knot’s annual survey found that the average wedding in the U.S. in 2019 cost more than $28,000. (Those numbers dipped considerably with the pandemic, with couples spending only around $19,000 on a wedding in 2020.) Those kind of numbers could also be a down payment on a nice home.

When you become a party of two, there are definitely other financial pros and cons you may not have thought about before. You may feel even more pressure to get your personal financial act together. “It’s one thing to ignore your finances when you are the only one being hurt — it’s a whole other thing to be putting in jeopardy the financial future of the one you love most,” says Manisha Thakor, director of wealth strategies for women at Buckingham & The BAM Alliance.

This is a great thing, as the union often encourages more consciousness of how you’re spending and saving. “The very commitment of getting married often creates a mindset of wanting to care for and protect the other person, which in turn can catapult financial well-being to a front-burner topic,” adds Thakor.

What’s also true, unfortunately, is that money is one of the leading causes of fighting in a marriage, and a top predictor of divorce. That’s partly because we tend to marry our financial opposites, according to at least one academic study; as a result, financial planning can become a bigger source of stress in matrimony.

“Problems are likely to arise when realistic spending boundaries are not set,” says Francis. “One person is a spender and another is a saver. One spouse has an awful credit score and the other has worked for years to keep theirs over 800. These are all difference that can create marital woes.”

Con: You May Face a Bigger Tax Burden

This story wouldn’t be complete without discussing the infamous “marriage penalty.” It’s that higher tax bill that sometimes arrives when dual-income married couples file jointly with the IRS, as opposed to filing as two separate individuals. The pooled incomes tend to bump couples up to a higher tax bracket, which sometimes makes them subject to paying more to Uncle Sam, says Ebong Eka, a Certified Public Accountant in the Washington, D.C. area.

Pro: … Or Not
In other cases, being married can yield a tax “bonus,” where couples pay fewer taxes as a result of their marital status. This is particularly true for couples with one working spouse and one stay-at-home spouse. According to TurboTax’s website, “The more unequal two spouses’ incomes, the more likely that combining them on a joint return will pull some of the higher-earner’s income into a lower bracket. That’s when the marriage bonus occurs.”

Pro: Unemployed? You Can Still Have an IRA

To invest in an individual retirement account, or IRA, you typically need to have earned income. There is an exception, however, for married people. A spousal IRA is designed to let a working spouse make contributions on behalf of a nonworking husband or wife. So if you choose to be a stay-at-home parent during your marriage or if you lose your job (especially after the chaos of the pandemic), you can still stay active with retirement savings.

Pro: You Can Piggyback on Benefits

If you don’t have access to a group health insurance plan, you may be able to take advantage of a spouse’s employer-sponsored health care. Many of these group plans allow spouses to be added to the policy and receive equal access to health care benefits. There may be an additional fee for adding a spouse, but it’s often cheaper than buying an individual policy directly from the marketplace.

Additionally, as a legally married individual, you may qualify for spousal Social Security benefits. You may claim benefits once your spouse has filed for his or her own benefits and is at least 62 years old, according to Jon Robertson, a Certified Financial Planner with Abacus Planning Group in Columbia, S.C. Spousal benefits are generally 50 percent of the full Social Security benefit if the spouse files at his or her “full retirement age” (generally 66 or 67, depending on when you were born).

“You are eligible for spousal benefits even if you have never worked,” says Robertson. “This can be a huge (financial) win for a spouse who had a low income or who did not pay enough into Social Security to be eligible based on his or her own earnings.”

Pro: The Law May Protect You if Your Spouse Dies

Estate planning is important in every marriage, but if your spouse suddenly passes away without a will, as the surviving spouse your state’s intestacy laws may still allow you to claim certain assets that, say, were solely owned by your spouse. “Our society has some built-in protections for married couples,” says Robertson. “If you aren’t married, the rules of intestacy will not apply and you will inherit no money unless your partner has a will directing assets to you.”

Farnoosh Torabi is the host of the award-winning daily podcast So Money.

How to Financially Protect Yourself in a Divorce