Your 101 Guide To A Postnup Agreement 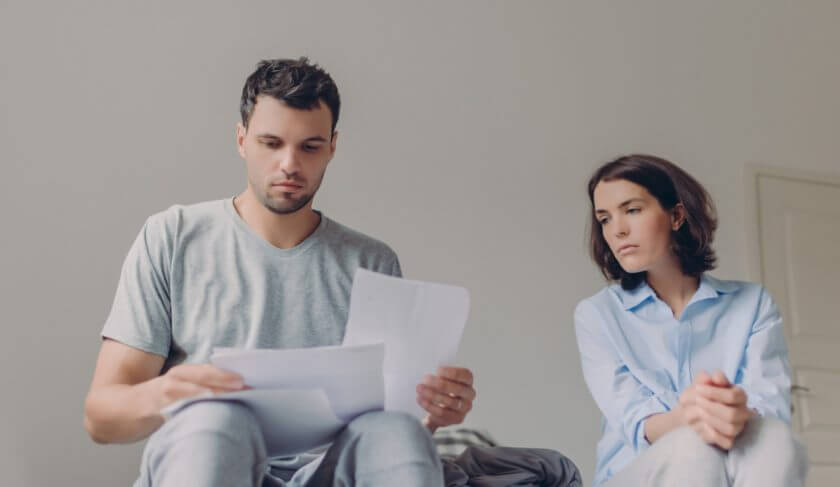 You didn’t get a prenup — is a postnup agreement right for you? A rundown on who a postnup is for, and how to get one.

Prenuptial agreements — a legal document that both parties of a marriage sign before their wedding — generally come with a negative connotation when mentioned in pop culture. These documents lay out plans for what might happen to a couple’s assets in the event of a divorce, and because of that, some people say that even the act of having one is an acknowledgment of doubt about your future spouse. But we couldn’t disagree more — prenups are about protecting your money and property (even your sanity) if you choose not to spend forever with your current partner. And being prepared = being smart.

Prenups have grown in popularity in recent years — in the last decade, more than half of all lawyers saw an increase in millennials requesting prenups before their marriage, according to a survey from the American Academy of Matrimonial Lawyers. (Part of this may be due to the fact that people are getting married later in life, and when they finally tie the knot, they’re more likely to already have assets they want to protect). But prenups aren’t just for the rich and famous — they’re for anyone making their way to the altar who likes the sound of protecting their earnings, property or even an inheritance, in the event that the diamond turns out to be the only thing that’s forever.

But here’s the thing: Many of us are already married. And we don’t have a prenup. Perhaps it wasn’t something we just didn’t think to get, or perhaps as time has gone on, and our earnings power has increased or a family inheritance has come into the picture, it’s something we’ve started to consider. Enter the postnuptial agreement — it outlines the same things as a prenup, but you sign it after you’re married. (Could be a few days after the wedding, could be a few decades. It’s up to you.) And just as a prenup doesn’t mean you intend to get divorced, neither does a postnup — it just means you’re prepared.

Here, our guide to all things postnup, and what to consider before you sign on the dotted line.

So, what is a postnup?

“With a postnup, two people are essentially deciding after they enter their marriage they would like to change the nature of property from community property to separate property,” explains Kelly DuFord Williams, the founder and a family law attorney at Slate Law Group. Or in ‘equitable distribution’ states, a couple may use a postnup to decide how their property will be divided up after the marriage ends,” she explains.

For reference, there are nine community property states: Arizona, California, Idaho, Louisiana, Nevada, New Mexico, Texas, Washington, and Wisconsin. Plus, Alaska, South Dakota and Tennessee have modified versions of this. Most states, however, are considered equitable distribution states, in which assets and earnings accumulated during marriage are divided equitably (aka: fairly) but not necessarily equally.

Keep in mind that if you had a prenup that you’d like to amend, you can’t do it with a postnup. Your prenup is set in stone. However, all states will allow you to fully revoke your prenup, and you could then get a postnup that would detail your new agreement with your spouse.

Is a postnup as effective as a prenup?

As Williams explains: A prenup is more likely to be enforceable than a postnup if one of the signers attempts to dispute it following the union’s dissolution. “Divorce courts tend to presume that coercion is less likely when independent people are signing before they are married and have already mixed their assets,” she explains.

However, she does note that having a valid explanation included in the document will help this enforceability. For example, if one party has a significant amount of debt, or if one party inherited a trust fund, then a postnup would make more sense. This should be spelled out in the postnup agreement so there’s no question of why the move was made.

“In general, having a postnup, if you want one, is still a better option than not having one at all, and most courts do enforce part or all of them,” she continues. “They are also used to show the intent of those in the marriage before the divorce, and animosity may lead a judge to rule in a certain manner or sway a settlement.”

Things to consider before getting a postnup

With any type of agreement or legally binding document, do some soul-searching (and some research) before you sign. Whether it’s a prenup or a postnup, make sure the document is something you and your spouse are both comfortable with, and signing feels like an equitable decision. If you’re being pressured into it, Williams says it could be a red flag that there’s still more to be discussed with your partner.

Also, she says regardless of whether or not you and your partner accumulate substantial assets together (savings, investments, or a business, etc.) or if one party receives a major asset or inheritance during the marriage, you’ll need to talk through how that money will be handled in the moment. (Setting guidelines for what might happen to those assets post-divorce is important, too, but don’t forget to focus on the here and now.)  “It leads to a less costly divorce when new assets come into play during the marriage and both parties decide immediately how they want to handle them,” Williams adds.

And one last thing: A prenup and a postnup can be living and breathing documents, and it’s worthwhile to revisit them every few years or when big life changes happen, like having a child. “You may want to look at your postnup if one person receives an inheritance and gets a new car and the other continues to drive the old Honda they were driving in high school,” she continues. “Or, if a woman gives up her job to raise the children in the marriage. In this case, the postnup may need to be changed to reflect this commitment and ensure fairness.”

How to Get More Comfortable Talking About Your Finances