Financial Advice from a Stay-at-Home Mom 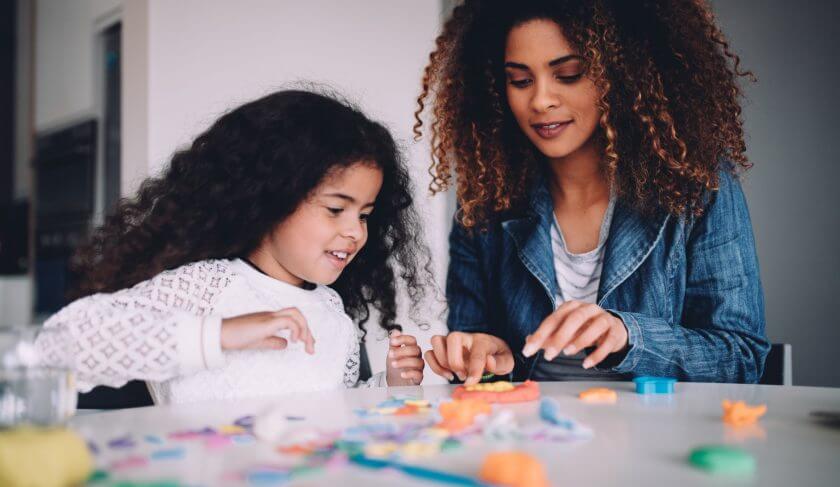 The thought of asking my husband to pay my credit card bill was mortifying.
I’ve been handling my own money since age 14, when I got my first job as a shampoo girl at a hair salon. I could buy whatever I wanted and it was no one’s business but my own.

Ten years later, I wasn’t ready to give up that freedom.

My husband and I had “the talk” about our financial history (as every serious couple should) early on. After getting married, I suggested that we keep our own personal bank accounts. I felt joint expenses should be decided jointly, but personal expenses should be personal. He agreed. So we created a joint account for household bills and decided we’d each contribute 50 percent of every paycheck.

At first it was easy. I was a lawyer. He was an engineer. We made roughly the same salary. But then I decided to temporarily move to Colorado to help run a CBD legalization campaign.

I took a pay cut because it was exhilarating to be a part of history. But exhilaration doesn’t pay two rents. That’s when we started using budgeting software — we used Mint, but there are several similar options — to track our expenses.

Before I left for Colorado, we spent an afternoon on Mint, setting up allowances for each of our fixed monthly expenses and figuring out how much we could each spend on discretionary expenses. We realized we could make our budget realistic if we factored in some flexibility for random things we buy when we’re stressed, having fun, or just willing to pay for convenience that day — one small “amusement” category for each of us.

Mostly, we both used our amusement budgets for $3 coffees. Especially while living so frugally, it felt good and rebellious to spend some guilt-free cash breaking the advice of every talk show financial adviser.

Pregnancy, Complications and One Salary

When I returned home to Boston, it was a special occasion when we updated Mint to reflect just one rent expense and two professional-level salaries. That was the plan, anyway, until later that winter when I found out I was pregnant — and a condition called hyperemesis gravidarum (a technical term for unrelenting vomiting) took over me.

The next few months were a blur. Somewhere between the hospital visits and vomiting, my husband moved us to a smaller apartment so we could manage on one salary until I went back to work.

Around my second trimester, I started to feel a little better. But I still wasn’t working, so we went back to Mint’s setup screen and rewrote our budgets to cover two and a half people with one salary. We had to scrimp, but we made the budgets work.

At first, it didn’t really occur to me that I was living off my spouse’s income. We continued to make financial decisions together, and I was sticking to my budget and paying bills out of my account as usual.

But one day in my third trimester, I went to pay my credit card bill and realized that I didn’t have enough to cover my balance.

That was when it hit me that I didn’t have a paycheck coming. It stung; the thought of asking my husband to pay my credit card bill was mortifying. I pictured him looking at the statement and questioning the Sephora charge. Would I have to show him the Dior eyeliner I buy monthly? What if he thought $29 for a crayon was unreasonable?

But I realized we had already gone through this process. We had budgets for everything — including “amusement.” So I added a line for “Shaleen’s Amusement Budget,” totaled the list, and sent it. An hour later an email showed me that he had made the transfer into my account and set an auto-transfer for the same amount every month.

I didn’t have a set plan for when I’d go back to work, but I assumed that I’d go back relatively soon after the baby came. That’s what I thought — until I learned that the costs of Massachusetts daycare average more than what I paid for college ($16,000 annually). So I continued to stay home for a while.

After I became in charge of full-time baby care, I never felt self-conscious about not bringing in a paycheck again — mostly because I didn’t have time to feel self-conscious about anything (judges at least let you take bathroom breaks; toddlers burst through the door screaming).

That small, personal, no-questions-asked amusement fund has allowed me to maintain my financial dignity. Not only does that money go exclusively to my personal wants and needs, but I have autonomy over how best to spend it.

Now I’ve started my own business as a recruiter for the marijuana industry, and investing in the business brings its own set of complexities. I’m grateful that we set up a mutually respectful budgeting system early.