Financing Your Fertility: How to Have Kids Later Without Breaking the Bank 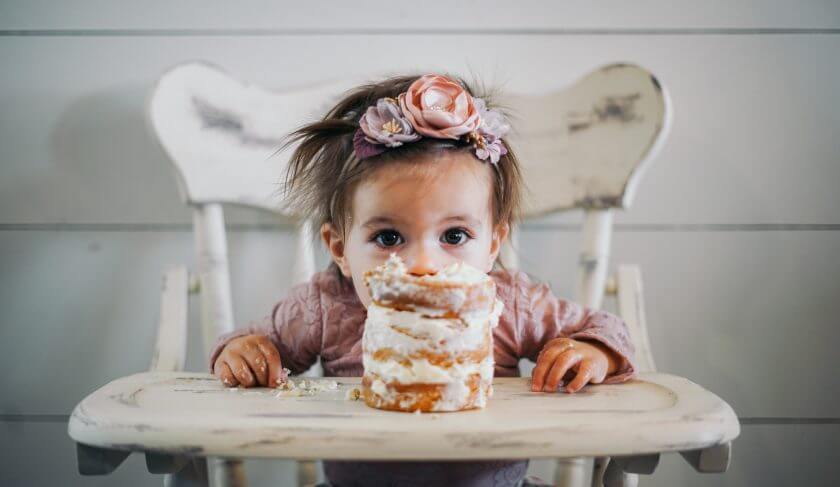 So you’ve thought about having kids. But maybe later. After your career is on track. After you’ve traveled the world.

Or after a whole host of other reasons. You’re not the only one. More American women are having babies in their 30s than in their 20s. And though birth rates are falling in younger demos, in women in their 40s they’re on the rise.

“One egg cycle, for a lot of women, isn’t enough,” said fertility expert (and HerMoney podcast guest) Brigitte Adams. “So then you have to multiply the costs by two.” Sometimes more.

“Even though we’re living at least twice as long as our ancestresses, our reproductive window hasn’t opened even a tiny bit in response,” said Heidi Murkoff, author of the “What to Expect When You’re Expecting” books. “The reality is that 40 may be the new 20 in so many other ways, but not even close when it comes to fertility,” she added.

So, how do wait until you’re ready—and preserve your financial security? By thinking about your fertility in advance, it can be a big cost saver. Here are five steps to approaching the issue.

Meet with a Specialist First

“It’s always a good idea to meet with an infertility specialist to have a good idea of what [your] fertility is and how it changes over time,” said Dr. Brooke Hodes-Wertz, a reproductive endocrinology and infertility specialist at New York University Langone. “There are some blood work tests we can do and an ultrasound to see the ovaries. It can give us an estimate or highlight red flags, but again, even if the numbers look great, the issue is that as women are getting older, the number and the quality of the eggs are going to go down.”

Testing can give you a good idea of what your fertility is like now, but the best way to use these tests is to track your ovarian reserves. If you take an annual test, you can pinpoint when your fertility window is starting to close. Then you can make a decision to try to get pregnant, or if you need more time, you can freeze your eggs exactly when you need to.

“Ideally, if you’re able to take eggs out of a patient when they’re younger, it’s better than doing several rounds of IVF at a later age,” said Hodes-Wertz.

These tests are relatively inexpensive—and new tech startups like Modern Fertility are making them even cheaper and easier.  “The first thing is the simple act of discovery and we have testing that’s not over-the-top expensive,” said Adams. “There are a ton of new fem-tech companies that are trying to simplify things.”

Look Into Every Cost

It’s important to get the full scope of what you will need, so you can create a budget. The cost of a procedure might not be the only thing you’ll have to put dollars toward. “There are other costs like anesthesia, there are costs for drug medications, if you freeze eggs, there are things like storage fees over time that you have to pay until you use the gametes or embryos, there’s also embryo testing, which is an additional cost,” said Dr. Hodes-Wertz.  “It’s very complicated, and it depends on what someone’s plan is, but there can be a wide variety of costs.”

So, what do you budget?  It depends what your health plan (and sometimes employer) will cover. But to pay out-of-pocket for all the extra costs Dr. Hodes-Wertz named, you’ll need to set aside about $15,000.

Adams experienced finding out about these costs first-hand.  “For my egg freezing cycle, my medication was about $4,000. That’s not in the quote,” she said. “My bloodwork was almost $800. Know where to ask if this is covered or if it’s not.”

Figure Out What You’re Covered for Under Insurance

Take a look at what your insurance will pay for. You might consider switching your plan during the next enrollment opportunity  if it doesn’t cover what you think you’ll need. Some plans just cover testing and maybe a few of the treatments. Unfortunately, some won’t cover egg freezing, unless it’s deemed medically necessary.

Some companies—including Facebook and Apple—are stepping in to fill the gap. “Years ago, we had a very young employee who was diagnosed with a rare form of cancer and had conversations with some our leadership concerned about the impact of this cancer treatment she was about to undergo, knowing that she was not going to be able to have children in her future,” said Renee Albert, Senior Director of Facebook’s Life@ (Benefits) for the U.S. and Canada. “It was through that conversation with the team where they said, ‘Why aren’t we covering this?’ That’s the foundation of where we started.”  Facebook now covers egg retrieval, egg freezing, four cycles of IVF and preimplantation genetic screening. “Having the access to these benefits is life-changing for a lot of people,” she added.

Of course, the best way to be sure you can pay for fertility procedures is to save, but you should also look into how to stretch those dollars by maximizing your tax savings. “Look into a Flex Spending Account or Health Savings Account to set aside tax-deductible dollars to pay for future fertility treatments,” said Murkoff. Note: Most flexible spending account dollars have to be used in the calendar year that you set them aside. Health savings account dollars can be kept in your account until you’re ready to use them. Those dollars are also tax-deductible up to a certain limit, growth is tax-free and eligible withdrawals are tax-free, too.

If time is running out and you might end up short, there are other ways to finance as well.  “Other options once you’re ready to start, include fertility financing companies, financing through the clinic you’re using, grant-giving nonprofits that offer financial assistance and crowdfunding,” said Murkoff. “Don’t count on using your retirement savings—you’ll be needing that 401(k) or IRA even more if you’ll be planning a family.”

The easiest and most inexpensive way to preserve your fertility is to keep yourself healthy. That means eating right, exercising and seeing your OB/GYN at least once a year. “You don’t necessarily have to plan for infertility and fertility treatments, as much as you can be proactive ahead of time and preserve some of your fertility for the future,” said Hodes-Wertz.

“Get regular screenings,” said Murkoff. “STIs and other infections and conditions like endometriosis, fibroids and PCOS can mess with fertility.”

“The awareness is just starting to get out there,” Adams said. “It’s contingent on women to talk to each other and tell their stories and be honest.”

fertility having a baby how to budget for baby IVF

A Single Woman’s Guide to Buying a House