Childcare Swap: How to Save Big Money on Childcare 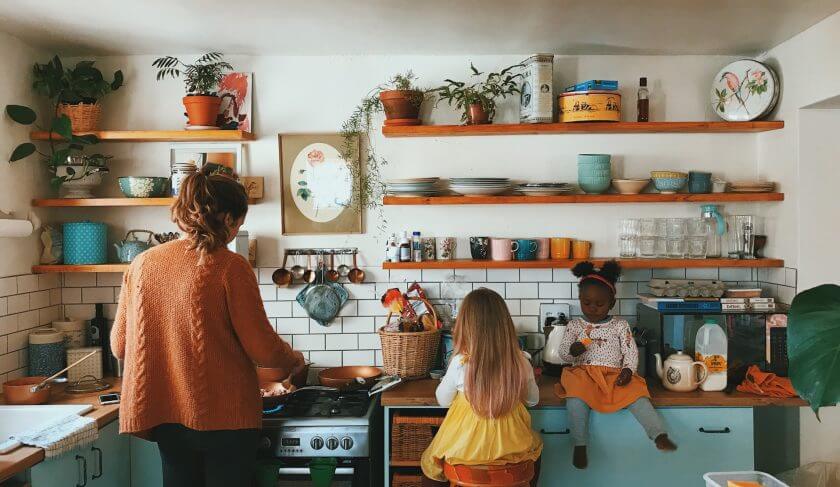 Consider these tips for setting up — and maintaining — your own successful childcare swap or co-op.

When I moved to a new state with an 18-month-old toddler, one of my first concerns was childcare.

I couldn’t afford full-time daycare and didn’t have any friends or family in the area who could watch my daughter when I was in a pinch. I found a teenaged babysitter online but wasn’t entirely comfortable leaving my daughter alone with her.

I found an unexpected solution in my Facebook inbox: A mother I knew informally through a playgroup in town offered to watch my child one day a week. In return, I would take her daughter the following day, and we would both have a day to ourselves. It was the perfect solution: free childcare for both of us, the intrinsic trust between moms and a social opportunity for our toddlers.

For the next year and a half, we swapped kids, eventually each taking the girls two days a week, which gave us each 16 hours of free childcare weekly. Even on the days I had both girls, I was able to get more done than I could with just my child around since she had a playmate. It was life changing. Our daughters became friends, and we formed a great relationship, chatting at pick up and trouble-shooting common parenting problems.

We were certainly lucky in some regards. We both worked from home and had fairly flexible schedules. However, anyone with a part-time or flexible schedule could set up a childcare solution similar to ours, whether to free up a day for work, have a day to catch up on housework or get some much-needed “me” time.

It’s no wonder this unconventional approach has gained traction. Across the country, parents are struggling to afford childcare, which can cost more than 12 percent of a two-parent family’s income.

Childcare costs represent a “very” or “somewhat serious” problem for 71 percent of parents polled, NPR research found. A co-op or childcare exchange provides an affordable solution, yet it is often overlooked.

While I fell into my childcare swap, there are several options for platforms on which to secure your own.

Sitting Around, a Boston-based startup that helps facilitate co-ops and childcare swaps, launched in 2010 and has grown 35 percent year over year. Today, about 25,000 families use the site.

Childcare giant Care.com also has a co-op section. Katie Bugbee, the managing editor of the site, says this system is popular because it keeps costs down, is social, and provides caretakers that parents trust — other parents.

Consider these tips for setting up — and maintaining — your own successful swap.

How to Get Started

Be Clear About Expectations

Like any relationship, communication is key in establishing a solid foundation for your childcare swap. Ask around or use a co-op website to find another family that may be interested. Or, use a site like Care.com or Sitting Around.

Then, spell out everyone’s expectations. Will you have a set schedule or exchange as needed? Will you “bank” babysitting hours, or just swap one session of sitting for another?

Once you’ve decided what your childcare swap will look like, honor the arrangement by taking the commitment seriously. There were many times I went out of town for the evening but drove home early in the morning because it was my day to have the girls.

When it comes to childcare, reliability is essential. Just because there is no money being exchanged doesn’t mean that you’ve made less of a commitment.

Have All the Usual Childcare Conversations

With a swap, there is a certain level of trust because you’re working with other parents. But it’s still important to discuss essential childcare questions, like approaches to discipline.

I remember leaving the girls with my husband while I ran an errand only to realize that I hadn’t asked the other mother if she was comfortable with that.

Be sure to discuss who will be watching the kids, whether the other parent(s) will be driving your child, and what to do in case of emergency.

Plan to sit down with the other parents in your swap once a quarter, either away from the kids or while the little ones entertain each other. This is the ideal time to talk about how the setup is working for everyone.

Also, if there are any upcoming vacations or holidays, discuss how they’ll be handled. It’s also a great time to outline what you need for the upcoming season, whether swimwear for the summer or snow gear for the winter months.

I was lucky that I really enjoyed the company of the mother that I set up the childcare swap with. However, I soon realized that while the swap was great at facilitating friendship for our children, it didn’t lead to bonding between us because we were usually dropping children off and then hurrying to work, rather than spending quality time together.

Because we were on opposite schedules (one of us had the kids while the other worked), we weren’t often together for playdates or to socialize. In a way, this was freeing because it allowed us to have a great business relationship without the intensities of a friendship.

After a year and a half of our childcare exchange, the other family recently relocated. I briefly debated finding another family to swap with, but since my daughter will be in preschool in a few months, I decided to rely on family for care during the summer.

But I will certainly consider this option in the future and will always be happy for the thousands of dollars it saved my family — and more importantly, the time it allowed me to launch my career.