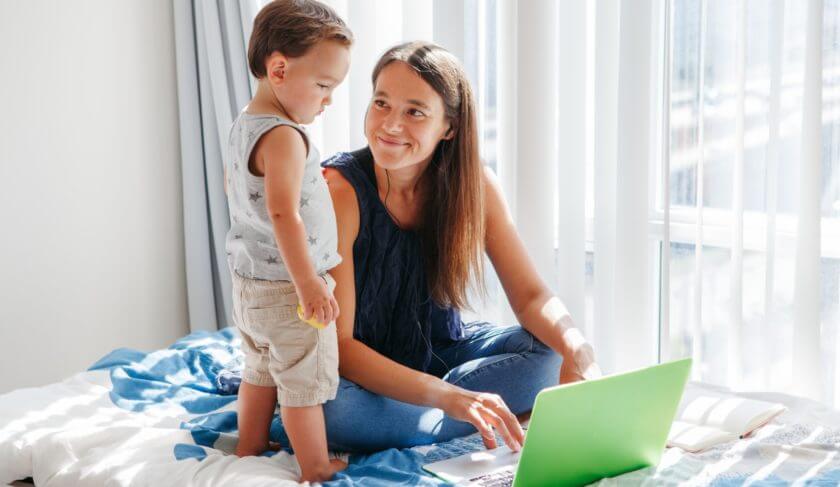 You’re a single mom. Your budget is already tight. How are you supposed to save for both retirement and college? We discuss.

Single mom and financial advisor Gina McKague has three daughters, two in high school and one in her 20s. When her eldest left college before finishing her degree, McKague resolved to do things differently with her younger two to require more of their finances and less of her own. When they get to college—#2 is a high school senior now—she plans to have them take the federal student loans and work to contribute (as a college athlete, her eldest didn’t have time to work).

“I think we steal from our kids when we just give them things and they’re not doing something to earn it,” McKague says. If college goes well for her younger kids, she might help with paying back the loans, but she wants to see how things play out.

For single moms, it’s not easy to save for retirement and pay for college. Women are doing a great job taking charge of finances, according to recent research by HerMoney and Alliance for Lifetime Income. But college adds an expensive layer that can throw people under the bus. Parents are one of the fastest-growing segments of college borrowers, and those loans can derail retirement.

In fact, if you have no extra income to put toward college, that might be an easier conversation to have with your kids than if you can stretch to do both but not easily, McKague says. Should you pay for all of your kids’ college? A portion? None?

Here’s what three financial advisors suggest women think about as they balance their competing priorities.

Put Yourself First Even if It’s Difficult

Because of these hurdles, these experts recommend women prioritize retirement. That doesn’t mean only saving for retirement and not saving or paying for college at all. But it does mean making a clear-eyed decision not to sacrifice retirement savings and leave yourself high and dry after your kids have their degrees.

“From an emotional standpoint, it’s understandable that you put the kids first because that’s what you’ve been doing,” Kingsbury says. “But most women also don’t want to be a burden to their kids. So, think of it as a gift to them that you’re saving for retirement.”

The planning wrinkle is that one of the best ways to pay for college is to start saving while kids are young when compound interest has time to work for you. But that’s also when your retirement planning is still in process.

Figure Out the Whole Picture

Your goal might be to save for both retirement and college, but finances are a limited resource for single moms, Burdick says. “A lot of financial advisors will tell you not to save for kids’ college until you’ve fully funded your retirement in the way they tell you to fund it,” she says. “But what I want people to do is to make informed decisions.”

If you don’t know whether you’re on track for retirement, that’s where to start. “You can’t make other savings decisions in a vacuum,” Burdick says. “You have to figure out your financial decision-making framework.”

At the same time, values play an important role, too. Maybe you value education so much you’re willing to sacrifice in other ways, she says. For example, say your financial advisor tells you that you’d need to work an extra five years to pay for college on top of saving for retirement. “An informed decision is deciding that education is so important to you that you’re willing to work five more years,” Burdick says. “An uninformed decision is deciding to pay for college no matter what.”

Even if you’ve got clarity on retirement planning, the college process involves many unknowns, because, well, kids are fickle and human. And college can be difficult to price. For single parents, it pays to be as strategic as possible.

“I’ve had friends and colleagues who took parent loans and then their kids decided to stop going to college, and now the parents are paying off loans instead of preparing for retirement,” McKague says. You can’t crystal-ball your kid, but you can avoid getting upside down with burdensome borrowing.

Hopefully, you’re already talking with your kids about money in general. We all should be—to eliminate the stigma around money talk, says Kingsbury. Once kids reach high school, discuss openly what you can contribute to college and what your kids should contribute, even if only in general terms initially.

Start pricing colleges and exploring discretionary cash. Figuring out cost isn’t easy because many colleges don’t charge sticker price. Your cost will depend on your financial need, student academic attributes, and how generous a college is. When you get down to choosing, make it a financial decision, not an emotional one, Kingsbury says. Academic and social fit are important, but financial fit is crucial.

“Ultimately, being willing to do anything for your kid is not useful to the single mom, and it’s not useful to your kids—for money lessons, for potential financial burden, and for role-modeling something that isn’t healthy for you or the kids,” Kingsbury says.

Take the federal student loans even if you have the ability to pay, McKague says. Assuming your kids graduate successfully, you can help them pay off the loans if you’re able, but meanwhile they’re invested and you’ve bought yourself flexibility if something goes awry—like someone drops out. “Whatever you do, avoid touching your retirement savings or even taking equity out of your house,” McKague says.

Affording college might mean commuting from home or starting at community college and transferring, she says. It likely means a student job. If you’re really struggling financially, it could mean capitalizing on a program like free tuition at certain colleges for working at Target or Starbucks or another company offering tuition reimbursement.

Check out The Price You Pay for College by Ron Lieber and Who Gets In and Why by Jeffrey Selingo to learn more about how it all works. To join the conversation about retirement and women, take a listen to Your Money Map, sponsored by Alliance for Lifetime Income.

Meet all of your money goals in 2021: Sign up for the free HerMoney weekly newsletter packed with inspiration, advice and insights!