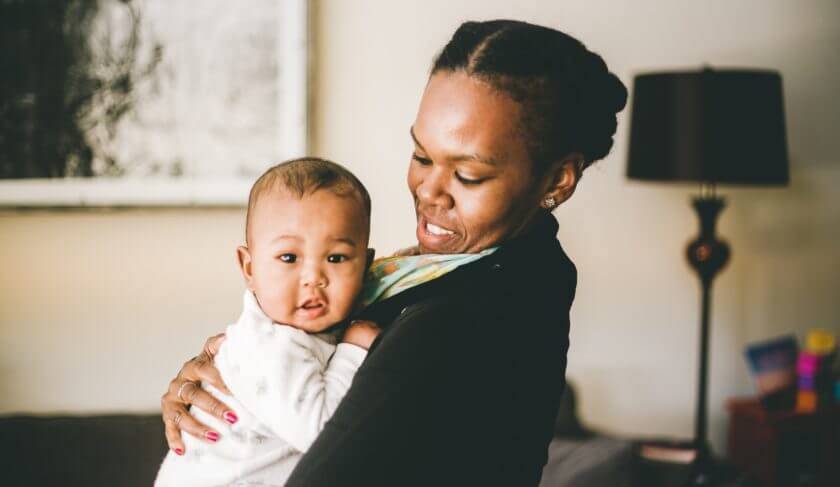 A look at what parents can expect to spend, from childcare and birth to gear, education, and beyond. (Yes, it’s expensive, but budgeting goes a long way!)

Bringing a child into the world can be a life-changing experience. And not only because it’s one of the most significant responsibilities you’ll ever have (and deepest love you’ll experience), but one that fundamentally transforms your household. This includes everything from noise levels and sleeping habits to your budget. There’s no way around it: kids are expensive.

While it’s impossible to put a figure on the true cost of kids since many factors contribute to the cost — including insurance, your birth experience, childcare options, and so on — it’s essential for expectant parents to start thinking about finances sooner rather than later. Some estimates put the cost of a child’s first year of life at between $20,000 and $50,000 annually. You’ll likely feel overwhelmed in those first days of your newborn’s life, so it’s important to get your wallet organized before your arrival. In fact, the majority of parents — 57% — regret not taking more financial action during the first year of their baby’s life, according to a study from NerdWallet.

Here’s a look at the top expenses to consider, and what you should prepare for.

Even with insurance, healthcare for pregnancy and childbirth can be expensive, warns Lisa Richards, MSN, CNM, a midwife with Ovia Health. “With high-deductibles, co-insurance, or out-of-pocket maximums on many health plans, families often pay a high percentage to give birth,” she warns. This figure ranges significantly, but Richards estimates anywhere from $7,000 to $25,000.

Also, depending on your family history, you may decide to opt-in to some elements of pregnancy and care that aren’t covered by insurance. For example, Richards says some tests like NIPT blood screenings (non-invasive prenatal testing) are sometimes only covered for those considered high-risk. However, many low-risk people are still interested in that testing. “Another example is doula care, which has been shown to improve both experiences and outcomes during childbirth, but which generally isn’t covered by insurance,” she continues.

For something so tiny, babies sure do require quite a lot of stuff. There’s a reason why parents should think critically about their baby registry for their shower: it’s a way to potentially offset the cost of some of those necessary items as gifts from friends and family. Some gear is obvious — from a crib, a car seat, a stroller, a high chair, diapers, clothing, and more.But some is optional, like bouncy seats or swings.

There are ways to reduce your budget by shopping second-hand or asking friends, siblings or cousins for their hand-me-downs. (Used baby gear abounds if you just do a little digging, because if there’s one thing babies do, it’s GROW!) If you take this route, just make sure everything is in good condition, and still safe to use before you bring it home. “Cribs should meet safety standards, product recall lists should be checked, and car seats should be within their expiration dates and accident-free,” she warns.

Since the vast majority of households in the United States count on two incomes to make ends meet, childcare has to be a consideration as soon as you find out you’re expecting. Here’s the hard truth: there is no formal maternity or paternity leave in America, which means most new moms will be expected to return to work between 6 and 8 weeks after giving birth. And dads? That’s fully up to what their employer offers them.

Childcare expenses can fluctuate wildly, depending on where you live or what type of care you require (full-time, part-time, etc.), according to Karen Reardanz, editorial director at Babylist. The national average in 2020 for a full-time center-based service was close to $15,000.

“These costs can be particularly tough on single-parent families — a larger percentage of your income goes toward it. And keep in mind that if you have a two-parent household and one of you decides to stay home with the baby, that childcare isn’t free,” she continues. “You’ll need to remove the other income from your overall budget once the baby comes.”

That’s why Reardanz says it can be really helpful to start thinking about your childcare options and budget before your baby’s on the way. (Which is easier said than done, of course, but a head start can be beneficial for everyone.) Ask yourself questions like: Do you want a nanny or daycare? What’s the cost in your area? Do you have family nearby who can help? “Once you’ve done your research, you can start to budget, cut expenses and/or save accordingly,” she says.

Once your baby is here, how will you ensure they receive the nutrients they need to grow healthy and strong? Will you breastfeed, formula feed, or do a combination of both? This is a personal decision and, sometimes, one that’s out of your hands if the mother struggles to produce, or the baby can’t latch. However, if you go the formula route, you’ll spend significantly more in the first year since breast milk is free.

“Formula itself can be expensive and requires more supplies like bottles as part of the feeding process. Formula feeding also increases the risk of some short-term and long-term health problems, which themselves can come with associated costs,” Richard says.

Breastfeeding (or pumping, if the baby doesn’t latch), on the other hand, generally costs less. Richards says a breast pump is usually covered by insurance for breastfeeding families, and fewer bottles are needed. “Generally, though, the breastfeeding parent does need an extra 300-500 calories per day, so there is a food cost associated with breastfeeding,” she says. “After the first six months, there’s also the cost of buying or making baby food as babies start to eat solids.”

It’s so easy to get caught up in the moment when you have a baby, but preparing for the years ahead is smart, Reardanz reminds. Unfortunately, saving for the future can be a privilege some families don’t have, so it can look different for different people. “For some, this might mean prioritizing paying down debt. For others, it’s contributing to a 401(k), IRA plan or child’s college education account or getting a life insurance plan,” she says.  Whatever you can contribute and plan for will be helpful in setting your family up for success.