Why I Got Pet Insurance (And Why You Should Consider It, Too.) 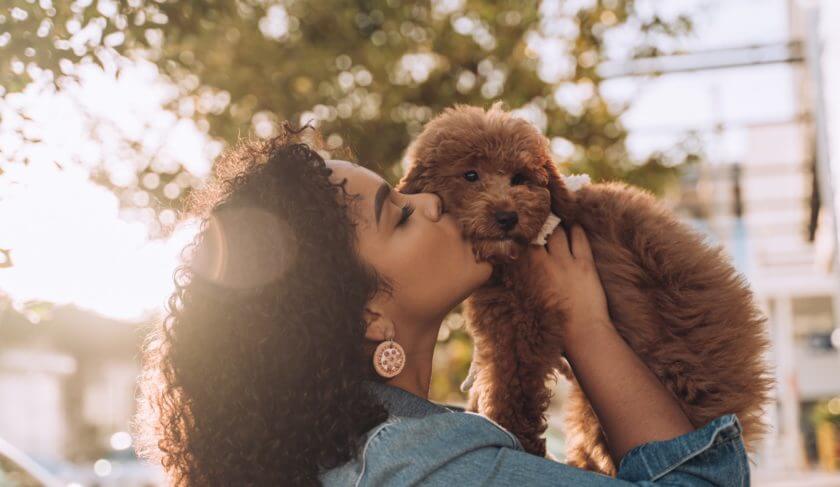 Yes, I have pet insurance. Here’s how I chose my policy, and how to find one that’s right for your furry best friend.

We were driving from our home in the New York suburbs to the Jersey Shore when Teddy, our 3-year-old cockapoo, started to shake. At first, I thought he was just scared – he shook when we went to the vet or to the groomer.  In fact, he had such a canny sense of direction that he would start to shake when we made a left out of our development toward either of those places.  It took about 30 seconds for me to realize this shaking was different.  “Can you pull over?” I asked my husband, Eliot.  “Something is wrong with him.”

“Something” turned out to be a seizure – the first of many in our beloved pup’s 16-year-long life.  It wasn’t life threatening.  We didn’t even put him on medication. Our vet said one of the side effects might be to shorten his life.  Instead, we just watched him, keeping him away from the stairs whenever one started and (despite advice to the contrary to keep our hands off him when one started in case this gentle creature chomped down) holding and comforting him through them.

That was the moment I decided: The next time I get a puppy, I’m buying pet insurance.

Why didn’t I buy it then, you might wonder?  Very good question.  I knew that pre-existing conditions wouldn’t be covered and figured — probably incorrectly — that because Teddy already had one it wasn’t worth getting a policy.  We got lucky, aside from a dislocated hip at age 15 (which after a month in a brace of sorts, we treated with acupuncture – really, it works!) he really had no major medical issues.  But thinking back, I should have done more research.  If Teddy had needed chemo or major surgery, I would have paid for it.  Why?  Because he wasn’t just a dog.  He was family.  Insurance – even a policy that excluded his seizure disorder — would have been the way to go.

Fast forward a decade and a half and the pet-owning world has come a long way, thanks in no small part to “COVID puppies.”  Seventy percent of US households have pets, according to the 2021-2022 Pet Owners Survey, up from 67% in 2019 – 69% have dogs, 45% cats (yes, there’s clearly overlap), 10% have birds and about 6% have some other small animal.  The pet insurance market is growing fast, too – at a rate of about 24% a year from 2016 through 2020.   Most of those policies were for dogs, where annual premiums in 2020 averaged $595 for coverage of both accidents and illnesses and $218 for accidents only, according to the North American Pet Health Insurance Association.

As of a couple of months ago, I hold one of these newly acquired pets.  Norman came into our lives as a 9-week-old, 6-pound snuggle bug.  Yes, he’s another cockapoo, although larger and floppier than Teddy.  (The floppy part may be puppyhood.  As for the large, I’m not so sure.  We were told he’d be small enough to fit in an under-the-seat airline carrier.  At 23-lbs-and-growing, that ship has sailed.  Perhaps we should have named him Clifford.)

Because I’ve spent years as a personal finance reporter, I’ve figured out how to shop for – and evaluate – pretty much everything from credit cards to warrantees to, yes, insurance policies.  As the pet insurance landscape is a crowded one, I thought it might help you to know how I made my final choice.  Here are the steps I took.

Finally, if you’re like me, you’ve got friends who are also pet owners.  Ask them if they have insurance, which company they use and whether they’re happy.  That’s how I heard about Sadie, the pandemic pup my friends Debi and Marc brought home in late 2020.  Poor Sadie happened upon a pack of Trident gum, which she proceeded not to chew, but to eat – wrappers and all.  Gastrointestinal distress ensued – the official diagnosis was Xylitol poisoning — two three-day stints in the hospital followed and although she’s now pretty much back to normal, she’ll be on liver medication for the rest of her life.  The total bill? $5,428.  But, Debi told me their insurer, Healthy Paws, paid $4,636 of it, no questions asked.  “Now [our daughters] can still go to college,” she said, not really kidding.

Healthy Paws was on my short list.  That endorsement sealed the deal.

MORE MONEY TIPS: Get them delivered to your virtual front door each week. Subscribe to the free HerMoney newsletter today!