This Week in Your Wallet: When You Feel Helpless, It’s Time to Help 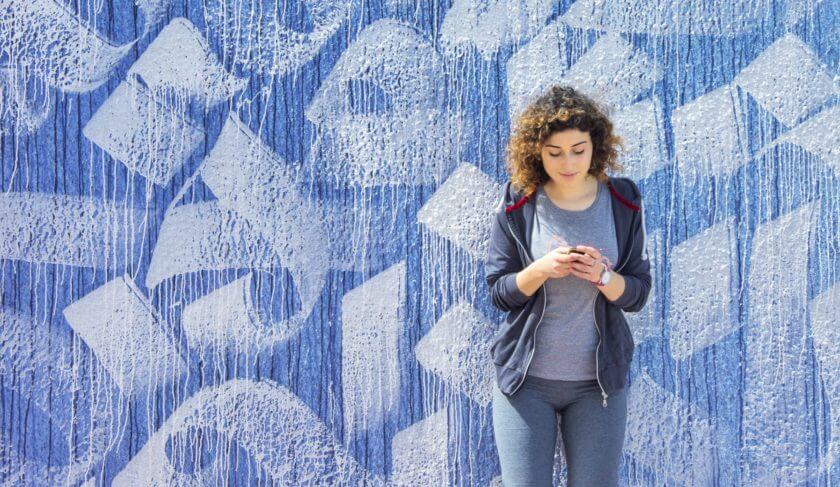 Where to donate & what to make of the war’s financial headlines.

Not subscribed to HerMoney’s weekly newsletters yet? This is what you’re missing! Here’s a look at what we published in our “This Week In Your Wallet” newsletter, Tuesday, March 1, 2022.  Subscribe Today!

Despite the grim headlines coming out of Ukraine, it’s been hard to turn the television off over the last five days — or to walk away from the computer or phone, if that’s where you get your news. Hundreds are dead. A half million have fled the country. Others, following the inspiring example of President Volodymyr Zelenskyy, are staying or returning to fight.

When you are feeling helpless, sometimes the best thing to do is to try to find a way to help.  I awoke Monday morning to an email from the Jewish Federation of Philadelphia, an organization I’ve supported in the past, asking for emergency donations to help the people of Ukraine. Chef José Andrés of World Central Kitchen has set up shop across the border in Poland, where he and his team are preparing meals for the refugees. They could use your support, as well. But of course, they are not the only agency dispersing needed aid. NPR pulled together this list of nine organizations that will be happy to put your money to work. Among them, Unicef, which is focused on, among other things, maintaining the safety of drinking water — infrastructure has been damaged by heavy weapons fire, according to UNICEF Executive Director Catherine M. Russell in a statement. Médecins Sans Frontieres/Doctors Without Borders is also on the list.

And if you’re wondering how to make the where-to-give decision, at HerMoney, we think that’s always a good question to ask. Here’s some guidance to lead you in the right direction.

Over the weekend, and on Monday, the Russian economy — and Russian people — started to feel the impact of sanctions from the West…which kept coming. The EU, US, UK and Canada, working together, cut the access of some Russian banks to the SWIFT financial messaging system (more on that in a second) and also said it would work to prevent the central bank of Russia from using its hundreds of billions in foreign currency reserves to lessen the impact of the sanctions. The British government banned its country’s financial institutions doing business with the Russian central bank and foreign ministry. And some smaller governments moved in solidarity. Where I live in Pennsylvania, the Liquor Control Board told all its state stores to pull Russian-made products off the shelves. Bye, bye vodka.

For its part, the Russian Central Bank more than doubled interest rates — from 9.5% to 20% (though some watchers believe they could go higher) — to encourage depositors to keep (or put) money in the banks. Russia also shut the Moscow stock exchange on Monday, a move it attributed to the “developing situation,” and ordered exporters to convert their foreign-currency revenues into rubles — a move made to stem the devaluation of the ruble. Little seemed to be working.  There were lines down the block at banks as savers raced to protect the money they had. And the ruble fell 30% against the dollar, The New York Times reported.

Ironically, The Wall Street Journal noted that the economic chaos looks much like “Russia’s financial implosion” in the summer of 1998. That period of history ushered Vladimir Putin into power. “Mr. Putin’s popularity during the early years of his long stretch as Russia’s leader was in large part due to the stabilization of the economy, which benefited from a rebound in revenues from oil and gas exports,” reports the Wall Street Journal.

Tell Me More About SWIFT

Not since Taylor v. Kanye has SWIFT so dominated the headlines. If you’ve ever sent an international wire transfer, you may have some familiarity with SWIFT codes. SWIFT is an acronym for the Society for World Interbank Financial Telecommunications. It’s a messaging system with more than 11,000 member institutions that send an average of 42 million messages a day (1% of which are thought to include Russian payments,” The Washington Post reports). Without access, it will be more difficult for Russian banks and financial firms to process transactions and do business outside the country.

Importantly, not all Russian banks have been banned. Those involved in energy payments as well as some food payments can proceed — a nod to Germany, which gets two-thirds of its gas supplies from Russia. There are other messaging systems Russia will try to use: one set up by Russia after its invasion of Crimea in 2014, the other run by China.

Who Else Is Feeling The Pain?

Russia is the 11th largest economy in the world and important producer of gas and oil. Ukraine is much smaller, but an important producer of wheat — you’ve likely heard the term, “the breadbasket of Europe,” over the past several days. Shipping from Ukraine has ground to a halt. As a result, European countries are expecting food prices to rise. And, Europe isn’t alone. Last week, wheat futures traded in Chicago rose to their highest level since 2012. Prices of aluminum and palladium are also soaring. Ukraine, it turns out, also makes parts (wiring systems) that the already beleaguered car industry needs. As a result, Volkswagen (VW) AG halted production and furloughed 8,000 workers. “Ukraine is not central to our supply chain, but suddenly we discovered that when this part is missing, it is,” a VW spokesman told The Wall Street Journal.

One of the biggest questions we’re hearing on our own shores is: Will this conflict prevent the Federal Reserve from going forward with its plans to start raising interest rates in March (in an effort to fight inflation)? Short answer: It doesn’t look like it. Yields on two-year Treasuries, which to a large degree, mirror interest rate expectations, have held fairly steady. I discussed this last night with Karen Finerman, co-host of HerMoney’s new InvestingFixx coaching program (for anyone looking to spruce up their investing chops). We’re now in beta with this program, but if you’re interested in joining us as we open it up to more participants, you can get on the waiting list here.

Finally, In Other News

Yes, there was some. Buy Now Pay Later behavior is now being added to Equifax credit reports with Experian and TransUnion soon expected to follow suit. Using these programs can help you build credit if you make payments in full and on time. If you don’t? Yup, expect to see those credit scores dinged.

If you want to emerge from the pandemic with clearer shelves, closets, and maybe minds, let me point you to the always witty, Patty Marx, who’s out with her take on getting rid of almost everything.

And if you’re wondering if you’re drinking too much coffee? In fact, if you’re not filling up three times, you may not be drinking enough.

The 13 Women Who Made Money History