6 Tips To Go The Distance For Long-Distance Friendships 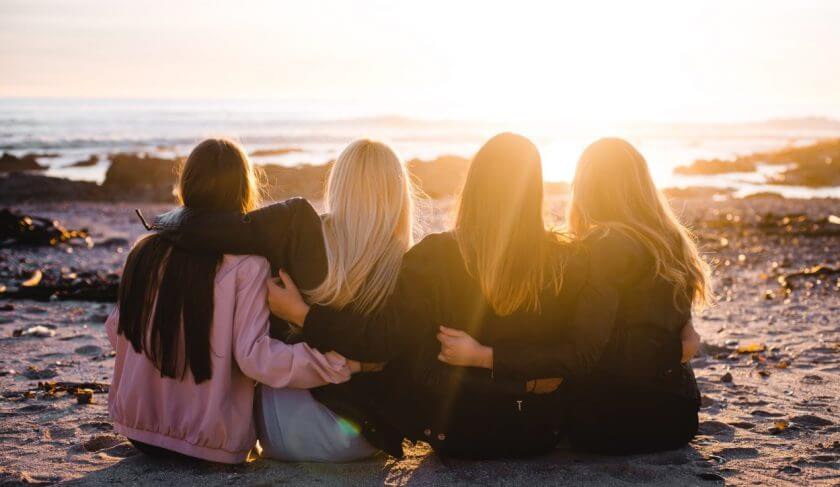 Texting and social media are great ways to stay in touch with friends, but a long-distance friendship can take a little more work.

Most of us have a long-distance friendship in our life, whether it’s a childhood BFF that moved across the country or a friend that took a job in another city. And, let’s be honest, a long-distance relationship isn’t always easy to hang onto. Most of us have the best intentions to catch up regularly, but life gets busy. Travel plans to meet up can get expensive.

Though texting and Facebook are great ways to stay in touch, it’s important to keep a face-to-face connection. Here are some tips from real-life friends on how they’ve maintained their long-distance friendships.

Talk about expectations before saying goodbyes

Maybe your friend thought you were going to FaceTime every night? Or you assumed that she would be back to visit often and there wasn’t a big need for in-between catchup sessions? Nicole Zangara, LCSW, author of “Surviving Female Friendships: The Good, The Bad, and The Ugly,” suggests having a chat before she moves away.

“It’s better to hammer out the expectations now then be let down when schedules get busy and the friendship starts to dwindle,” she explains. “Discuss everything you can — including how often you’ll visit — upfront so that you’re both as prepared as possible.”

I know. Who talks on the phone these days? But even a 20-minute call is enough to get the rundown of each other’s lives, laugh a little, bond and hear each other’s voices. Talking on the phone “can do wonders for the friendship. It’s more meaningful than email or text,” says Zangara.

If you live in different countries, try Google Hangout or Skype for some face time (or FaceTime!). You can even do a group call with a bunch of friends and “hang out” while drinking wine. Sure, it’s not the same as happy hour, but it’s as close as you’ll get without traveling.

Playing phone tag? Schedule a quick “meeting” just like at work. Reminding yourselves to interact on the phone is (almost) as good as running into each other like you used to in the same city.

‘A good letter warms your heart’

For some friends, especially those who live in different time zones, calling or Skyping regularly just isn’t possible. This is where the art of letter writing comes in.

“A good letter warms your heart,” says Julia B., who regularly writes letters to faraway friends. “I have found that when I get a great letter I read it again and again. It’s not very easy, for me at least, to convey emotions well on social media, and somehow a letter can really breach that barrier.”

While writing a letter probably takes just as much time as an email, there’s something more personal and thoughtful about snail mail. You could even include little tidbits like an old photo or a picture you tore out of a magazine. Postcards are also fun if you’re short on words.

Actions speak louder than words, goes the saying. And saying things like “We should talk soon,” or “I really want to come visit!” only goes so far. If maintaining the friendship is a serious priority for the two of you, make plans to see each other.

Jennifer A., whose childhood best friend lives in another country, says that putting concrete plans on the books — whether it’s a date to grab lunch halfway between your cities or a weekend away — keeps their long-distance friendship fresh. It also gives you something to plan together and look forward to, which is another way to bond.

Friendships are about give-and-take, but like any relationship, there are ebbs and flows. Sometimes the give isn’t equal, and that’s OK. If your long-distance friend has been slacking on calling or emailing you back, don’t take it personally. She may be struggling with the struggles that come with a new location — adjusting to a new job, exhausted from getting lost in a new city.

Give your friend the benefit of the doubt and take the reins for a while. When you’re the one going through a major change, she’ll be the one to step up.

One thing that’s important to keep a strong long-distance friendship is being supportive of each other – the ups and the downs. Whether she just got married, had a kid, got the flu or lost her job, don’t just show your encouragement (or consolation) via Facebook comments.

Sarah B., recently surprised her long-distance pals by sending them a care package. It’s just a little something to remind your friend how important they are to you.

A gift doesn’t have to be large or expensive. Just include a couple of items — her favorite candy or snack, a magazine, a toy for her new puppy — that you know she would put a smile on her face when she opens it. Even sending a physical card is a little extra touch to let your friend know how much you care.