6 Successful Women Who Didn’t ‘Make It’ Until After 40 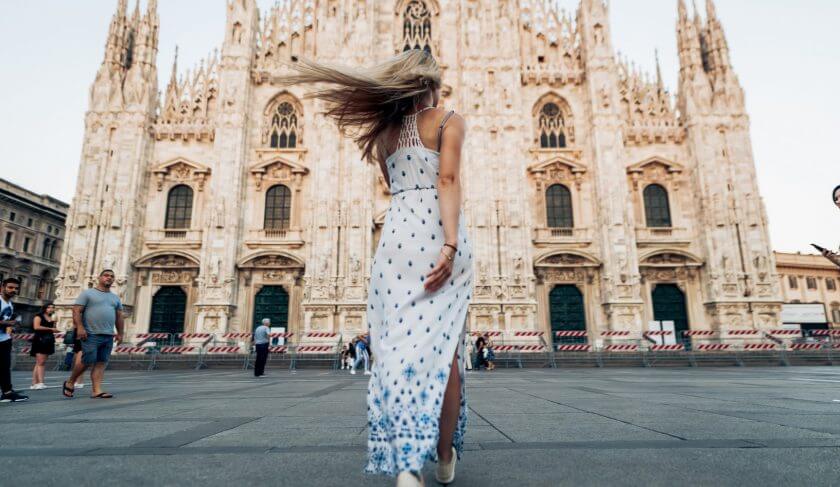 For some of our culture’s most influential and enduring icons, acclaim did not come early. These successful women reached their zenith in middle age.

The youth-centric Internet loves to laud the fresh-faced “30 under 30” set, highlighting the remarkable achievements of the very young. But in the case of some of our culture’s most influential and enduring women, success and acclaim did not come quite so early.

In honor of Women’s History Month, here are six wildly successful ladies who didn’t hit their career peak until age 40 … or beyond.

Long before Vera was getting her couture wedding gowns plugged in “Sex and the City,” she was a competitive figure skater. No, really: In 1968 and ’69 Vera and her skating partner won U.S. National Championships. (In 2009, she was even inducted into the U.S. Figure Skating Hall of Fame.) But by the time she graduated Sarah Lawrence College with a degree in art history, Vera had decided to focus on fashion. She began working for Vogue shortly after graduation, working her way up to senior fashion editor at the tender age of 23. Vera would stay in the role for 15 years, eventually moving on to accessories design director at Ralph Lauren.

But it wouldn’t be until 1989, when Vera was 40 years old and planning her wedding, that she even entertained the idea of opening her own bridal boutique. Frustrated with the lack of design options for brides, Vera ended up sketching and designing her own gown, which she had made for $10,000.

In 1990, after securing capital from her father, Vera opened her first bridal boutique at the Carlyle Hotel in New York City. Vera now has boutiques all over the world.

Fun fact: Julia Child didn’t even learn to cook until she was 36.

Her original ambition was to be a novelist. She reportedly wrote plays and short stories, which she regularly submitted, including to The New Yorker. But none of her work was ever published. After graduating from Smith College and moving to New York City, Julia worked in advertising for a home furnishings company. But she was later fired for “gross insubordination.”

As World War II began, Julia volunteered at a new government intelligence agency in Washington, D.C., as a research assistant. Her job consisted of traveling the world, to countries like China and Sri Lanka, to transport top-secret documents between U.S. government officials and intelligence officers.

After her husband was stationed at the U.S. embassy in Paris, Julia took a six-month French cooking course at Le Cordon Bleu Paris. It was there that she met fellow students Simone Beck and Louisette Bertholle; together, the ladies formed their own cooking school, L’Ecole de Trois Gourmandes. The trinity later sold the two-volume cookbook “Mastering the Art of French Cooking” for $750 in 1961. The book would be a best seller for the next five years.

But Julia wouldn’t achieve solo fame until the following year, when her popular cooking show, “The French Chef,” would air on WGBH. Not long afterward, the “The French Chef” would be syndicated to 96 stations throughout the United States.

The famed Zagat restaurant critics didn’t start out anywhere near the restaurant business.

In 1979, Nina and her husband, Tim, were corporate lawyers by way of Yale Law School who relocated to Paris for work. Nina was taking cooking classes at Le Cordon Bleu while working at the firm Shearman & Sterling. Tim was a self-admitted foodie before there were “foodies.”

Together they started compiling brief summaries of restaurants in Paris. When the couple moved back to New York, they started asking friends for restaurant opinions. As the 1980s rolled in, they transformed the idea into a business and published their first guide in 1982.

Three years later, the Zagat Guide reportedly outsold the New York Times restaurant guide. That news coupled with a New York magazine cover story bumped sales from 40,000 to 75,000 annually. The Zagats then expanded to other cities like Los Angeles, San Francisco and Chicago, which garnered even more success.

Not surprisingly, Viola Davis was pedigreed for the stage.

She graduated with a degree in theater and went on to study at the Juilliard School in New York City. In 1996, at the age of 31, she made her Broadway debut with a starring role in “Seven Guitars.” In 2001, she garnered her first Tony Award for her work in the drama “King Hedley II.”

She then started appearing on television, such as small roles on “City of Angels” and “Law & Order.” Very small feature film parts followed, such as her almost completely silent role in “Antwone Fisher,” for which she received an Independent Spirit Award nomination.

But it wouldn’t be until her part opposite Meryl Streep in the film “Doubt” that her career would really, really take off. For her performance, Viola received an Academy Award nomination for Best Supporting Actress. She was 43 years old.

Before Toni was winning virtually every literary prize in the English-speaking world (she has both a Pulitzer and a Nobel for literature), she was making other people’s books the best they could be.

In the 1960s, Toni was an editor at Random House while raising two boys as a single mother. Prior to that, she taught English at Texas Southern University and Howard University (where she graduated with an emphasis in classics). She also earned a master’s degree from Cornell University, where she did her thesis on Virginia Woolf and William Faulkner.

At the age of 39, Toni’s first novel, “The Bluest Eye,” was published. Although critics embraced the powerful novel, it did not sell well. Her next novel, “Sula,” was nominated for an American Book Award. But it wouldn’t be until the publication of her third novel, “Song of Solomon,” that Toni would receive national attention — and win the National Books Critics Award. (“Song of Solomon” also was featured in the now defunct Book-of-the-Month Club, the first novel by a black writer to be chosen since 1940.)

The comedienne was once asked to leave drama school for her failure to perform.

When Lucy was 15 years old, her mother sent her to a drama school in New York City — on very slim finances; she was a single mother. But Lucy found the entire experience frightening and intimidating, primarily because the school’s star student was Bette Davis (fair enough). The school reportedly wrote to Lucy’s mother, “Lucy’s wasting her time and ours. She’s too shy and reticent to put her best foot forward.”

Lucy quit school, but she stayed in New York City, modeling here and there under the name Diane Belmont. By the early 1930s, Lucy had dyed her hair blond and gone out to Hollywood looking for acting work — and she found a lot. She eventually accumulated more than 70 film appearances, from small parts and extra work to starring roles in B movies. But by the 1940s, Lucy still had not broken into the starring roles she wanted. In an effort to reroute her career, her husband, Desi Arnaz, encouraged her to try radio. Lucy landed the starring role in the comedy “My Favorite Husband,” which CBS was interested in turning into a television show.

A lot of negotiation later, Lucy became the first woman to head up a television production company: Desilu, which she and Desi created to retain creative control over their hit show, “I Love Lucy.”

5 Iconic Women Whose Careers Took Off After 50