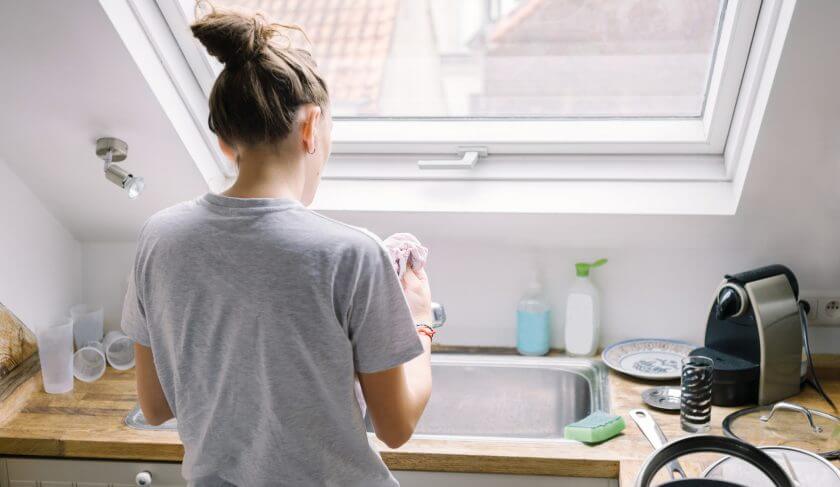 The pandemic is gender neutral. The economic fallout is not. Here’s how the crisis is distorting the already unequal lives of men and women.

The COVID-19 crisis has been unkind to women. We’ve lost jobs at a higher rate than men, and are regaining them more slowly as companies start to re-hire. Our productivity has been hijacked — whether due to lack of childcare or taking on more of the at-home workload — which is putting our career trajectories and gains in pay equity at risk.

The pandemic has magnified existing inequalities between men and women, and for many women and the world as a whole, the financial and social damage will be felt for decades to come.

These eight numbers tell the story of the “she-cession” so far.

54%: The percent of job losses attributed to women

The first wave of layoffs in March and April hit women hard. Although women made up 49% of the workforce before COVID-19, we accounted for more than half (54%) of the jobs lost due to the pandemic. It wasn’t simply due to being overrepresented in certain job categories. Within the hardest-hit sectors, women fared worse than men when pink slips were handed out.

According to analysis by the National Women’s Law Center, women experienced 61% of the job cuts in retail, even though we made up 48% of the retail workforce. Of the 2.5 million jobs cut in the education and health services sector, women accounted for 2.1 million (83%) of the jobs lost, despite making up 77% of the industry workforce.

Since peaking earlier this year, the unemployment rate has been dropping as the U.S. has slowly started opening up. However, the recovery of jobs has been uneven.

The unemployed rate in May for women aged 20 and over was 13.9% versus 11.6% for men, according to the Bureau of Labor Statistics (BLS). By July it fell to 10.5% versus 9.4% for men. Compare that to pre-pandemic February, where the unemployment rate for both adult men and women was 3%.

The unemployment rate discrepancy is even more pronounced for people of color. The most recent unemployment rate for Black or African American workers of both genders is 14.6% versus 9.2% for white workers. It’s 12% for Asian workers and 12.9% for the Hispanic or Latino population.

>> RELATED: How to Speed Up Your Job Search and Make Yourself More Marketable

1.8 times: How much more women’s jobs are vulnerable

According to a McKinsey & Company report, women’s jobs are 1.8 times more vulnerable to the crisis than men’s job loss rates globally. That’s supported by job loss data from the beginning of the pandemic. At the time the higher rate of unemployment was largely attributed to more women working the industries hit hardest (retail, hospitality, education, health services, local and state government). However, even as jobs in these sectors are slowly being refilled, these positions are also the most vulnerable to being shut down if we experience another lockdown or if business does not bounce back.

>> RELATED: The She-cession Has Begun. What To Do If You’re Worried About a Layoff

47%: Employed women who are able to work from home

The ability to work from home is another area where there’s a gender divide. A survey by Gold Bee — “Caring Under COVID-19: How the Pandemic Is – and Is Not – Changing Unpaid Care and Domestic Work Responsibilities in the United States” — found that 62% of employed men were able to work from home versus 47% of employed women whose work can be done remotely.

1 to 5 hours a day: Amount of household work has increased

Household and family-related work has increased for both genders since social distancing measures were put in place. But the burden of care falls disproportionately to women, whether due to societal expectations, public policy decisions, or some other reason.

Pre-COVID, researchers reported that women spent 37% more time on unpaid household and care work than men. That difference equates to more than two hours a day. The pandemic has only magnified these inequalities. The Oxfam survey reports that 11% of female respondents reported that they now spend more than five extra hours a day on domestic work and care than they did pre-pandemic; 15% reported that they do an extra three to five hours per day, and 29% said COVID-19 added up to two extra hours of home/family-related work to their days.

>> RELATED: What It’s Really Like to Work Full-Time and Be a Mom

14%: Drop in productivity relative to males

Who hasn’t seen a hit to productivity? Whether it’s due to schooling kids at home, caring for family members, or the general psychological burden of living through a pandemic. In most jobs, productivity and career advancement — not to mention job security — are inextricably linked.

Take the publish-or-perish world of academia. A new paper provides a concrete example of the productivity inequality phenomenon caused by COVID-19. Researchers at Emory and Harvard universities found that during the 10 weeks after stay-at-home orders were given in the U.S., female researchers’ productivity dropped significantly (13.9%) relative to that of male researchers as a result of the lockdown. The drop in productivity was evident in the uneven submission rate to academic journals during that time. According to the researchers, some journal editors report receiving 20% to 30% more submissions as a result of the pandemic, with the majority of papers attributed to male academics.

The study’s authors write that the disruption in productivity “has exacerbated gender inequality in the academic world. There are concerns that, because all academics participate together in open competitions for promotions and positions, these short-term changes in productivity will affect their long-term career outcomes.”

>> RELATED: How to Parent Equally When You Both Work Full Time

68 cents: How much Black women currently earn for every $1 a man makes

There has been a fear that the pandemic will undo hard-won advances women have made in gender pay parity. The first quarter’s median weekly earnings data bore that out, but the picture is still evolving.

Pre-COVID-19, the commonly accepted ratio of female-to-male average pay for a full-time worker was roughly 81 to 85 cents for every dollar a man makes. In the second quarter of 2020, the trend held for full-time female workers overall — but only for white women. (Asian women actually out-earned men by nearly 5%.)

According to BLS data, the median weekly earnings for white women in the second quarter was $930. That’s 85% as much as the $1,087 men of all races combined earned. The median earnings for Black women was $779, or 71% of what the average man earned, and Hispanic or Latina women earned $717 (65%).

>> RELATED: How to Fight for Equal Pay: 5 Tips From a Silenced Settlement Winner

The financial and personal toll COVID-19 is taking on individuals is not just a women’s problem — it’s a global one.

We’ll all pay a high tab if these trends continue, the McKinsey report on COVID-19 and gender equality concludes: “Given trends we have observed over the past few months, in a gender-regressive scenario in which no action is taken to counter these effects, we estimate that global GDP growth could be $1 trillion lower in 2030 than it would be if women’s unemployment simply tracked that of men in each sector.”

If we take action to counter the disproportionate impact COVID-19 is having on women, we could add $13 trillion to global GDP by 2030.

Get more insights, observations and advice each week in the HerMoney newsletter. Subscribe Today!

How To Negotiate A Permanent Work From Home Arrangement