By the Numbers: How Black Women Are Really Doing Financially 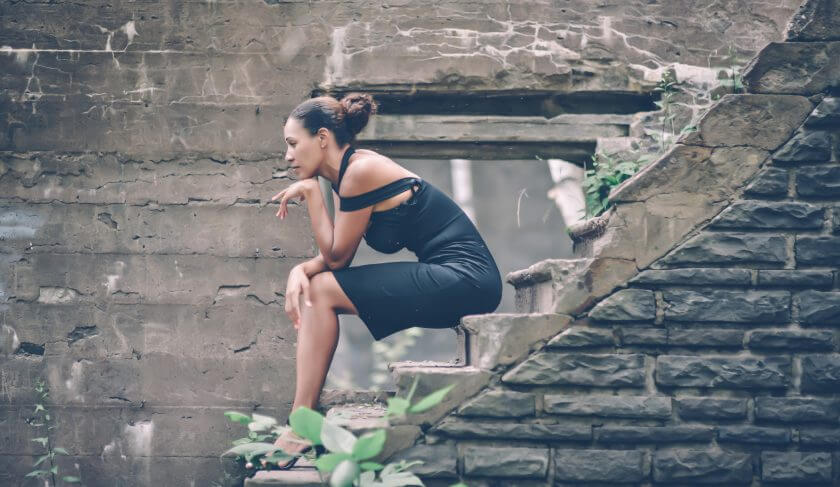 All women face an uphill battle for equality. But Black women have a ways to go to catch up to white women, let alone white men.

Equal Pay Day is the date that marks how far into the year the average woman must work to earn the same amount the average man did during the previous year. This year, Equal Pay Day fell on Tuesday, March 31, 2020. Unless you’re a Black woman.

Black women have to wait until August 13, 2020 to mark their Equal Pay Day.  That’s because they make just 61 cents for every dollar a man earns, compared to the 82 cents per dollar wage gap for women of all races combined.

That 21 cent difference — plus other cards in a deck that’s already stacked against women in general — is keeping Black women in the U.S. from achieving the same level of financial stability as the average white woman. Here’s a look at just a fraction of what Black women face.

Black women won’t reach pay equality until 2119. White women will get there by 2055

In the past 50 years, the gender pay gap for women has slowly narrowed. But the pace of progress for Black women has been glacial.

Time compounds the wage divide. The long-term cost of gender pay disparity for a white women adds up to $530,000 of lost earnings over a 40-year career, according to AAUW (American Association of University Women) data. For Black women, it’s a staggering $950,000.

Nearly one third of Black women (27%) are employed in service jobs compared to one in five white women (19%) who work in service.

Stated another way: A Black woman has to work until age 86 to make the same amount of money a man earns by age 60.

The gap is even wider for foreign-born Black women who work full-time. They are paid just 50 cents for every dollar paid to a white, non-Hispanic foreign-born man, and earn a median income of $35,000 a year versus $70,000.

A Black woman’s paycheck is often essential to her family’s well-being. In fact, they are more than twice as likely as white women to be their family’s primary breadwinner, according to the Center for American Progress. Black women head nearly four million family households in the U.S. — and roughly one in four of those households live below the poverty line.

Imagine if the pay gap were eliminated — if a Black woman earned the same median annual wage as a white, non-Hispanic man ($61,576, versus the current median annual wage of $38,036 she earns). According to the National Partnership for Women & Families, she would have enough money for:

During the pandemic we’ve seen how minority women have had to step up due to the type of work they do. At the same time — and for the same reason— they’ve also been losing their jobs at a higher rate than the rest of the working population. Nearly one third of Black women (27%) are employed in service jobs, compared to one in five white women (19%) who work in service. In fact, the percentage of Black women who work full time in a minimum-wage position is higher than any other racial group.

When frontline workers put themselves in harm’s way during the coronavirus pandemic, it’s often a minority that’s on the line: Just over four-in-ten (41%) of frontline workers are non-white (Black, Hispanic or Latina, Asian-American/Pacific Islander), according to demographic data from the Center for Economic and Policy Research.

The only scenario in which a Black woman earns more than the average white male is if she has a Master’s degree and he has an associate’s degree.

Mass layoffs have highlighted how precarious employment is for people of color. Since the start of the pandemic, across the hardest-hit businesses — retailers, restaurants, hospitality work, education — women have lost their jobs at a higher rate than men working in the same fields. Based on April data, the unemployment rate for all women was 2% higher than it is for men.

Americans carry $1.5 trillion in student loan debt, with two thirds of that — around $930 billion — carried by women. A 2016 Department of Education study found that more than 70% of Black students go into debt to pay for higher education versus 56% of white students.

Twelve years after starting college, the white female borrower has paid off 72% of her loan balance. Over the same time period, the typical Black female borrower’s balance has grown by 13%, according to a Demos study of debt.

It shouldn’t be a surprise then that 57% of Black female college graduates report financial difficulties while they’re trying to repay their student loans.

Black women are paid less for earning an advanced degree

A National Women’s Law Center report found that a Black woman with a bachelor’s degree earns about the same amount (roughly $53,000 a year) as a white non-Hispanic man with only some college. The gender/race wage gap continues among workers in high-wage occupations that require an advanced graduate degree, such as lawyers, engineers, and physicians. A Black woman with a doctorate degree makes 60% of what a white with the same degree earns.

The only scenario in which a Black woman earns more than the average white male is if she has a Master’s degree and he has an associate’s degree. Even then, she makes just a few thousand dollars more per year on average.

The glass ceiling is lower for Black women

We all have bruises on our heads from hitting the glass ceiling. But when a Black woman climbs the corporate ladder, she runs out of rungs sooner than her white peers.

A recent gender pay gap study by PayScale showed that career advancement was pretty equal between Black and white women, up to a point: One quarter of white women and 24% of Black women with at least a bachelor’s degree rose to the level of manager/supervisor. But just 10% of Black women make it to the director and executive levels versus 13% of white women.

Companies should not be surprised to learn that 52% of Black women are thinking of leaving their companies in the next two years, according to a Working Mother Research Institute report to be released in July.

One possible explanation: The lower average revenue is affected by the surge in growth of new businesses started by women of color between 2018 and 2019 (10% versus 5% for all women-owned businesses).

Another thing that’s lagging: Mainstream financial support for these businesswomen. Since 2009, Black women-led startups have received just 0.06% of venture/angel funding, according to the ProjectDiane2018 study of the state of Black women founders and the U.S. startups they lead. Although the number of Black women-led startups raising more than $1 million in funding is on the upswing, the average raised by those receiving less than that is $42,000. For comparison, the average seed round for all startups is $1.14 million.

Here’s what could happen if Black women-led businesses were nurtured to succeed: If the average revenue of minority women-owned companies matched that of white women-owned businesses, it would create four million new jobs and $981 billion in revenue.

My Summer Internship Was Canceled. What Next?