Stop Talking Yourself Out of Career Advancement 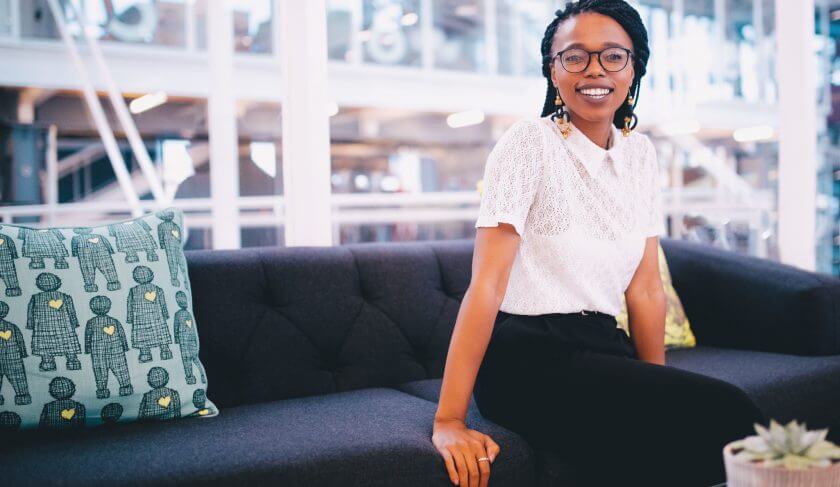 The next time you're tempted to pass up an opportunity for career advancement, consider these four pieces of advice first.

A few years ago, I hunkered down behind my laptop at the kitchen table, reading through job listing after job listing. With each new post, I felt a twinge of excitement at the possibility of my next career move. There were so many options, so many different chances for me to throw my hat in the ring. But when it came time to actually apply, I wavered, and the dark side of self-talk took over. This is a total waste of time, I thought to myself. You’ll never get it, anyway.

As a TV freelancer, I’m used to being on the hunt for jobs pretty regularly. After all, shows often get canceled, projects lose funding, and staffs restructure. And no matter how familiar I was with the hustle it takes to find the next gig, I consistently faced massive amounts of self-doubt and excuse-making when it came to actually making a career move. The thoughts were endless. I’m just not qualified enough. I’ll revisit this next year. Or my personal favorite, I’m actually a huge fraud and everybody is going to know.

What is it about our occasionally-self-sabotaging brains that make us so eager to talk ourselves out of opportunities? I turned to Melody Wilding, career counselor to high-achieving women, to better understand this phenomenon.

Wilding says that the tendency to talk ourselves out of career moves has to do with the way women are socialized.

“We are taught to be likable and agreeable and not to rock the boat,” she explains. “Women are highly emotionally intelligent, we are sensitive to other people, thoughtful about the steps we take, and we tend to be better communicators, so we pick up on all of those subtleties and it factors into our decision-making much more, (to the point) where it becomes unhelpful.”

Luckily, Wilding has some thoughtful ideas about how to stop the excuse-making, and start taking definitive action. So, the next time you’re tempted to talk yourself out of a big career step, consider this advice.

Don’t Talk Yourself Out of Career Advancement

If you find yourself frequently using words like can’t, won’t, should’ve, always or never, you might not be aware of just how much your language is affecting your career outlook.

Wilding says that many of her clients at the executive level aren’t even tapped into how often their self-talk might be harmful. The first step is to recognize it. “Become aware of the self-talk that you have going on and how often you’re using those words,” she says.

Another sneaky term to watch out for is but since it tends to precede an excuse of some sort. Wilding says an easy fix is to replace the word but with and.

“It’s a subtle change that gets you thinking along those lines of ‘well, why not?’ or ‘what are the other options here?’” she notes.

Whether you’re considering pitching an idea at work, applying for a new job or making a big career change, it’s easy to feel like you don’t have the time or space to think about making a big move.

Instead of putting it off until tomorrow, next week or next year, make a concrete plan. Thinking about leaving a job? Set a reasonable date by which you’ll make your decision. Looking for a new gig? Commit to sending out five resumes a week.

Weigh the Cost of Inaction

“Not doing something is really comfortable and it feels good right now,” Wilding says. But if thoughts about pursuing a career opportunity come up over and over, it’s worth paying attention to. Ask yourself if future you might regret not taking a chance.

“That inaction really does have a cost,” she says. “It keeps you where you are. Even if you are a little scared, and even if you do feel a little inferior, listen to that. (That voice) might be guiding you in an area (where) you really need to grow.”

Pay Attention to Your Emotional State

If you’re completely stressed out, it’s time to take a step back and be patient with yourself. “If you are upset, you’re not going to be in the right mindset to make a decision, and you might be more disposed to talk yourself out of it,” Wilding says.

She also suggests remembering other times when you’ve gotten through a rough patch or mastered a difficult task.

“You are resilient,” she says. “Think of the times in your life when you went through big challenges or went for something that you didn’t think you could (get.) Those are probably the times that you look on with a lot of pride. Try to remember that!”

The Smell of My Coworker’s Lunch is Making Me Sick. What Can I Do?