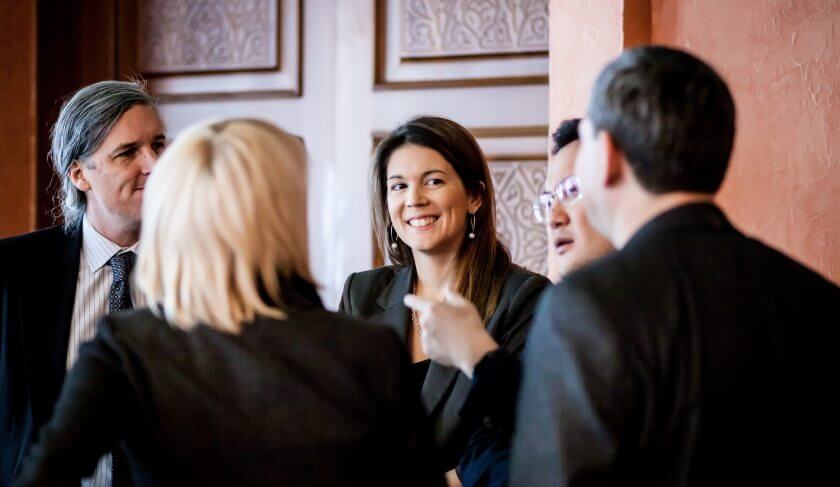 It doesn’t matter which rung of the corporate ladder you’re standing on, harassment continues to plague women who work in technology.

The #MeToo movement brought sexual harassment to the center of corporate America’s radar. But the actions that followed — diversity training, pledges for equality, the institution of zero-tolerance policies — haven’t done much to course correct behavior in the tech industry, according to a new report.

Nearly 50% of women working in tech report experiencing sexual harassment, according to a new study from Women Who Tech, a nonprofit working to accelerate women tech entrepreneurs and close the funding gap. That’s probably not a huge shocker. But what the study also shows is that it’s going on as if #MeToo never even happened.

When you look at what women endure — especially women of color — it’s clear we’ve got a long way to go, ladies.

The C-Suite is not a safe room

Women on every rung of the ladder — including the highest echelons of tech companies — are experiencing harassment at similar rates that they did in 2017, especially women of color, according to The State of Women In Tech and Startups report.

These women are dealing with unwanted physical contact, enduring sexual slurs, offensive “jokes,” and are being sent graphic photos. The survey also found that:

Your title doesn’t make you less of a target: 44% of female founders say they have been harassed. It’s worse for LGBTQ and women of color founders, with the rate of harassment reported at 65% and 47%, respectively.

Money brings out the worst: Investors in tech startups do much of the harassing (40%). Nearly 50% of women founders were told they would raise more money if they were a man. And 59% were explicitly propositioned for sex in exchange for investment funding and introductions.

Progress is in the eye of the beholder: Roughly 70% of white male founders say there has been a positive impact in the workplace environment since the #MeToo movement. Just 34% of white women founders and 24% of women of color founders agree.

So much for #MeToo: More than 40% of those who experienced harassment said it happened within the last 12 months.

Since Women Who Tech’s 2017 survey, the incidents of female founders being propositioned for sex have increased by 9%. But instead of keeping the reality of harassment at arm’s length with a rundown of more data, let’s hear directly from some of the respondents.

They anonymously shared some of the details of how they were harassed, showing exactly how insidious workplace sexual harassment truly is. (Warning: Graphic material):

What we can do

Make work a safer place for women: We asked Sarah Beaulieu, a speaker and consultant who trains workplaces and managers on skills-based sexual harassment prevention and response, to respond to the Harvey Weinstein verdict. She points out that we — you, me, the guy in the cubicle down the hall — are going to make change happen. Here’s how to foster that change.

Stand up for women of color: We talked with two women who have made it to the top of their fields about what concrete actions we can take to make it easier for others to follow in their footsteps. Each woman shares specifics about what people have done over the years to help uplift them in their careers, and what they’re doing today to give a leg up to women who are just entering their field. Listen in for tips on what to watch out for and how to speak up when you see problematic behavior at work.

Quit a toxic work environment the right way: If it comes to the point where you need to resign from an abusive job, you’ll need to protect yourself — and burn as few bridges as possible. Here’s how to exit a bad situation whether you decide to take legal action or not.

Be — or find — a mentor, sponsor, ally or advocate: One of the most valuable relationships you can have is someone who can help you handle the complexities of the modern office. That relationship can take many forms. Here’s what can young women do to find the mentors they need — and what can women start doing to be allies, advocates, mentors, and sponsors for other women in the workplace.

Join us in the private, judgment-free HerMoney Facebook group.  And for weekly behind-the-scenes financial insights from Jean Chatzky, subscribe to HerMoney today.

The Second Wave Is Coming (And It's Not What You Think)