How to Negotiate a Raise for Women: The New Rules for 2022 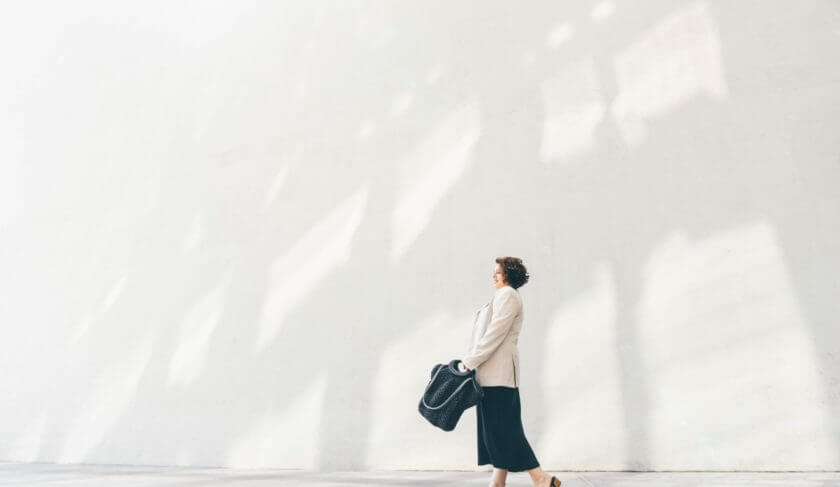 Once again we mark Equal Pay Day: A day we wish wasn’t on our calendars at all. Here’s how we can put an end to the gender wage gap.

This March 15th is Women’s Equal Pay Day — the day in the calendar year that the average woman must work until she reaches pay parity with the average man. (To look at it another way, women have basically spent the first 42 days of the year working for free.)

We wish more than anything that this day didn’t mark women’s disadvantage — that it could be like any other on the calendar, with women and men being paid the same amount for the same jobs, worldwide. Today, women make just 83 percent of what men do, and that gap is wider for women of color. Additionally, mothers earn 71 cents for every dollar paid to fathers, and women with bachelor’s degrees are paid 26% less than their male counterparts who have the same degree — all according to data from Northwestern.

READ MORE: The Truth About Salary Negotiation For Black Women

It’s difficult to say where we would be now if not for the pandemic. More than 2 million women quit their jobs in 2020, and over the last two years, we lost 10 years of women’s progress in the workforce — women are now at the lowest workforce participation level since 1988. At this rate, the global gender gap is not expected to close for another 136 years, according to the World Economic Forum’s Global Gender Gap report. These statistics are not only disheartening, they’re enraging. And we’re giving you permission to be angry. That’s why this year we’re not just discussing ways to “move the needle” a bit — we’re offering concrete solutions for how we can eradicate “Equal Pay Day” from our calendars once and for all, and ensure that Jan. 1 is the day both men and women can step into our earning potential for the year, on equal footing.

A Societal Issue That Can Be Fixed By The Individual

It’s advice we’ve all heard before: Ask for a raise.

Perhaps you’re sick of hearing it. Maybe you’ve even asked before and been rebuffed. We know that’s not a good feeling. But the truth is, nearly a third of us still need a reminder that it’s time to broach the subject. According to a new Equal Pay Day study released today from Credit Karma, 31% of women say they still don’t feel comfortable asking their employer for a raise, and 66% of women say their current salary is holding them back from reaching their financial goals, including paying off debt and saving for retirement. In fact, 35% of women surveyed said their low salaries were preventing them from being able to afford necessities like rent.

So, yes, it’s time to ask for more money. And when you make your request, it may feel like an insignificant step towards women’s progress overall — you’re just one person, after all. But that couldn’t be further from the truth. When one of us asks for more, there’s a ripple effect that happens that can spark change for millions of women who will walk our same path in the months and years to come.

“Because the gender pay gap is a societal issue, we expect that one day, ‘someone else’ is going to fix it for us. It’s like if a street lamp were broken, we wouldn’t go get a ladder, we would assume the city would take care of it. We’d say, ‘Oh, they’re working on it,’” explains Haley Sacks, the financial educator known as Mrs. Dow Jones. “But all the research around equal pay comes down to the power of the individual — it will only be solved by individuals closing their own gaps. When you ask for a raise as a woman, not only are you getting more, you’re helping to promote financial equality for everyone.”

Ask For Pay Transparency — Not Just A Raise

So, yeah, asking for a raise is great. “But you can’t just ask for a raise. You have to ask for pay transparency at the corporate level. It’s not an either/or proposition,” says Colleen McCreary, Chief People Officer and consumer financial advocate at Credit Karma.

If your company says they base their salaries on surveys or data from comparable companies, it’s okay to ask: “What survey(s) are you using? What companies are you looking to for salary data, and what size are they?” McCreary asks. “If your manager can’t immediately explain why one person makes significantly more than another, that’s a problem. So don’t be afraid to ask for an explanation on how they arrived at their salary ranges.”

“Women are more likely than men to believe that our work should speak for itself — if we’re consistently doing good work, then we don’t feel like we need to ask for more money. But our managers don’t always see all of the things we’re doing,”  McCreary says.

This is why women need to start making a list of our accomplishments — this can be something you send your boss every quarter, or simply keep in a spreadsheet or other document until it’s time for a sit-down or formal review with your manager.

“You have to keep that record, because when you do so much, it’s easy to get amnesia about the impact you’ve had,” McCreary says. “And make sure you highlight the value you bring — don’t just put together a list of things you did, rather, describe exactly how those things moved the needle and impacted your company.”

“In any negotiation, both sides need to feel like they are winning, which is why you need to go in with your list of accomplishments and wins so you can really demonstrate your impact,” Sacks says. And when you highlight your value-add, this gives your manager the ammunition they need to advocate for you. Too often, we assume that our managers can just hand us a raise — but it doesn’t always work that way. If your manager wants to pay you more, they often have to take the request to their manager, then onto HR. “Only when everyone up the chain sees the impact of your work can they advocate for you,” McCreary says.

And if you’re currently reading this article and thinking to yourself: “I’m not actually sure who makes the final decisions on my salary, or how often it gets reviewed,” then it’s time to find out: Who has the final say on pay decisions at your company? What factors are used to determine who qualifies for more? If you only have a once-a-year opportunity to secure a change in pay, then it’s even more important for you to be diligent about documenting your accomplishments, ASAP.

Find Out What Your Company Really Values, Then Ask For More Opportunities

Before you approach your boss to ask for a raise, you should understand what your company really values in terms of impact and results. “Are they more focused on customer acquisition? Growing revenue in a specific channel? Bringing traffic back to the website? You need to make sure you align yourself with projects that will allow you to contribute to those things, and ask for those opportunities,” McCreary says.

You should make it your goal to ensure that your name is submitted to the high-profile, needle-moving projects. “At far too many companies, women aren’t given an opportunity to do things that have the broadest impact. What are the projects you should be tackling so that you can be on a path to a promotion, a raise, or having your work recognized more?” McCreary says.

The number one question she recommends asking is: “What can I be doing in order to move up more quickly, and be rewarded more quickly at this company?”

Hold Nothing Back & Don’t Be Afraid Of Confrontation

If you have evidence that you’re being underpaid, it’s time to say it. As soon as you notice a discrepancy in how you’re being paid compared to a man in the same role, speak up.

“Women often have a ‘team first,’ ‘company first’ attitude, and we don’t push as hard as we should. The irony is that women tend to care more about everyone else around them, which is the exact reason why they should be valued more and rewarded more,” McCreary says.

Even if you don’t have evidence that a male colleague is being paid more for the same job, it’s still important to be unwavering in your request to earn more. You can say: “Pay is important to me from a recognition standpoint and an equity standpoint. And how I’m paid is an important way of defining how I’m valued,  and I want to make sure I’m doing everything I can to optimize that.” (Thanks to McCreary for that one.)

Bring Your A-Game To The Negotiation Table

“Do your research before you go into a salary negotiation.” It’s sound advice, but sometimes, no one at your company is talking, and you have zero clue if you’re being compensated fairly or not. (After all, Glassdoor and Payscale can’t tell us everything.) So, what’s to be done if all your colleagues have taken a vow of silence? It’s time to connect with people in your industry. Head to LinkedIn and try to open up a conversation with someone you’re friendly with, who has a role similar to yours, Sacks advises. “There are also friendly money-transparent groups with amazing people who want to help. You can go in there, write your query, and see what happens.” Sacks recommends her group, The Three Comma Club, and of course we’re partial to HerMoney, both of which are private Facebook groups, run by women, for women.

Once you’ve got those numbers in hand, it’s time to practice. “Run through it so many times until your brain creates those pathways that will make it easy for you to find your words, so it’s not such a tough moment,” Sacks says. Record your words, listen back to them, or rehearse with a friend — “you’re strengthening that money-talking muscle. And you’ve gotta work that muscle out before you go run a marathon,” she says.

And a note for all of us negotiating in 2022: Inflation, although it’s painful, has nothing to do with compensation. You’re not going to get a raise because your grocery bill went up by 10%, or because gas is nearing $5 a gallon. You’re going to get a raise based on merit, or due to supply and demand. “Right now there is a short supply of workers, but a lot of demand,” McCreary says. “If you want more money, talk about the impact you’ve made. Don’t talk about inflation. Tell them that you know you’re an impact player, and you want to be recognized as such in your paycheck, too.”