Nearly Half A Million Women Returned To The Workforce In March. Here’s What That Means. 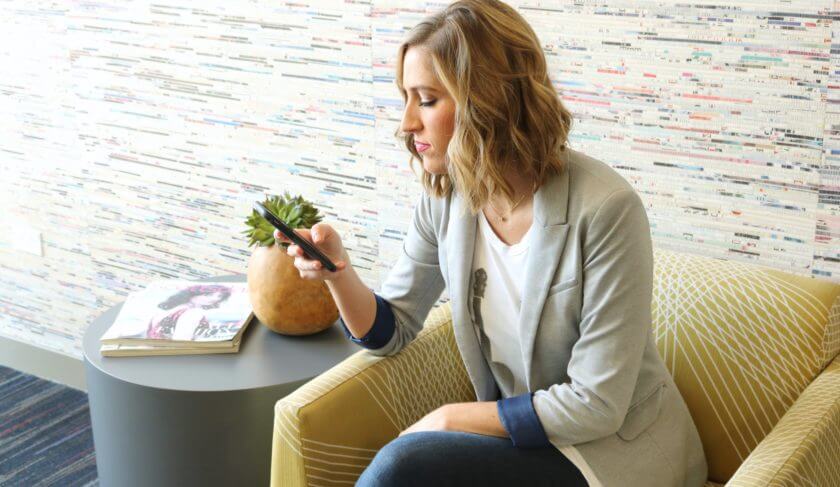 Is this really the beginning of the end of the she-cession? With many women returning to the workforce, it definitely might be.

Not subscribed to HerMoney’s weekly newsletters yet? This is what you’re missing! Here’s a look at what we published in our “This Week In Your Wallet” newsletter, Tuesday, April 6, 2021.  Subscribe Today!

This Week In Your Wallet: The Beginning Of The End?

It seems like Spring has officially sprung. At least as far as the economy is concerned.

The US added more than 900,000 jobs in March — spurring the markets to new highs — and there’s talk of an economic pop, including “a sustained run of job growth to industries, regions and workers hardest hit during the pandemic,” as Eric Morath wrote in The Wall Street Journal.  Although there are 8.4 million fewer jobs in the country since before the start of the pandemic, employers and consumers, flush with cash from the latest round of stimulus, are feeling and showing considerable optimism. To wit: We are spending more on hotels, restaurants, airline tickets and gyms than we have since coronavirus took hold.

And, so many women returned to the workforce — 492,000 women in March alone — that Grant Thornton Chief Economist Diane Swonk told The Washington Post that she believes this is the “beginning of the end of the she-cession. The minute schools reopened and jobs were there, they came back.”

But will it have staying power? I got my second dose of the vaccine over the weekend at a FEMA site that could not have been run more smoothly. Watching that facility move people in and out, I am not at all surprised that in the US, 3 million shots are going into arms each day.  But, like I’m sure many of you, I was confused by the conflicting opinions on airwaves over the past few days. Michael Osterholm, director of the Center for Infectious Disease Research and Policy at the University of Minnesota warned of the coming danger of the fourth wave at the same time FDA Director Scott Gottlieb said he believed the vaccine would protect us.

The Impact On Teens and Young Adults

Meanwhile, we know that when it comes to facing a period of financial ups-and-downs, parents often do their best to shield their kids. During the K-shaped recovery that has defined the pandemic, with some families prospering, others suffering and members of both cohorts more than ready to escape the confines of their walls, a new study from Junior Achievement and Citizens shows just how impossible that’s been.

Nearly two-thirds of teens surveyed said that a parent or guardian experienced some financial impact because of COVID. Most commonly, 29% are working from home, but 21% are concerned about paying bills and 17% are working fewer hours. The result: More than half are concerned about the financial impact that the pandemic is having on their families.

One silver lining is that families do seem to be bringing the topic of money front and center.

Before COVID, notes this study of 2,500 American 13- to 19-year-olds (including those still in high school as well as 500 who graduated in 2000), 56% of teens said they’d talked with their parents or guardians about the family finances. Interestingly, half of those said they had spoken on the topic just once. Since the pandemic, though, 44% said they were talking about finances more, including 15% who said they were talking significantly more.

More Is Better When It Comes To Money Talk

As all of you know, I have long been a believer that more is better when it comes to talking about our money.  But, it turns out I’m in pretty good company.  In a recent interview with CNBC, wellness expert Deepak Chopra says that we’re headed for “global disaster” unless we address the five areas of human wellbeing: purpose (your work), social, physical, community and finance. He noted that being stressed about your finances can send your levels of inflammation up and weaken your immune system, and offered up a handful of tips for financial wellness, specifically. Among them: Don’t spend money you have not earned to buy things that you don’t need, to impress people you don’t like. (Can’t really argue with that, can you?) And, finding a way to make other people successful will result in your success, too. “I found in my career that if I could make other people make money, I would make money, as well,” he said.

Less Is Better When It Comes To (Financial) Clutter

This was another weekend of paring down for my husband and me as we prep for our upcoming move. But given that it’s Spring Cleaning Season, my guess is that even those of you who are staying put can say the same. So, here’s my guide to spring cleaning your finances. My favorite tip: Don’t just clean your physical desktop, clear your computer’s as well. Here are details on how to do that… plus 5 more suggestions.

Pssst: Your Confidence Is Showing

Finally, I can’t tell you how much I enjoyed my conversation with Claire Shipman and Katty Kay, authors of Living The Confidence Code. Yes, our discussion revolved around boosting the confidence in the young women in our lives —  but my stepfather Bob says they’re universal.  “The issues discussed are not limited to girls, but should be discussed by families, and apply to young boys from the outset. This was an especially appropriate edition,” he wrote me after giving it a listen.

HerMoney Podcast Episode 260: Get Paid What You’re Worth