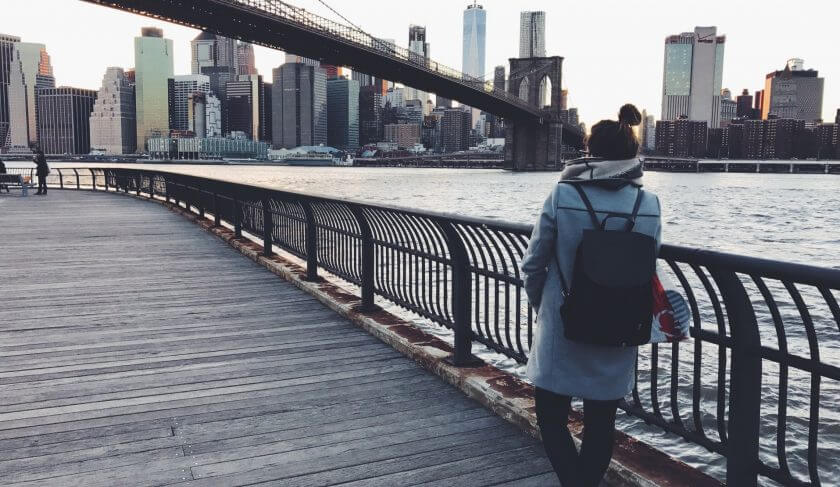 Employee burnout is about to hit new levels. We break it down for you.

Not subscribed to HerMoney’s weekly newsletters yet? This is what you’re missing! Here’s a look at what we published in our “This Week In Your Wallet” newsletter, Tuesday, Sept. 22, 2020.  Subscribe Today!

This Week In Your Wallet: Kiki From The Block

Like many Jews, we were in the middle of our Rosh Hashanah meal — moving from the traditional apples and honey that we put out to mark a sweet new year, and onto the main course — when we heard of the death of Ruth Bader Ginsburg. No one felt much like celebrating anymore.

All of us, but particularly women — like me — who never doubted that we could grow up to do what we wanted, whatever that turned out to be, owe her an incredible debt. I was in first grade in 1971, when the Supreme Court first ruled in favor of her argument that the Constitution does not allow discrimination on the basis of sex.

Over the past few days, I’ve devoured the memories and tidbits — craving more of the personal — from those who knew her. I read with a smile as her former law clerks reminisced: ”She got to know all of our children. Her famous faxes came across the channels at all hours of the night. Her black coffee always brewed strong.” Of course it was.

NPR Reporter Nina Totenberg shared details of a five decades-long friendship including the fact that Ginsburg was a girlfriend’s girlfriend. When the two first met at a conference in New York, both were so bored they left and went shopping. When Totenberg started dating again after the loss of her husband, Ginsburg all but demanded details.

What I keep coming back to, though, is the legendary friendship between Justices Ginsburg and the late Antonin Scalia. Scalia’s son Eugene Scalia, The US Secretary of Labor, writes that it would be a mistake to think the takeaway from their relationship is that “if our government leaders spent more time together, they would come to like and respect one another, be more civil, and achieve consensus, harmony and wondrous legislation.” Rather, he says, “it is a lesson in how to welcome debate and differences. The two justices had central roles in addressing some of the most divisive issues of the day… Not for a moment did one think the other should be condemned or ostracized. More than that, they believed that what they were doing — arriving at their own opinions thoughtfully and advancing them vigorously — was essential to the national good. With less debate, their friendship would have been diminished, and so, they believed, would our democracy.”

I agree. And if you do as well, the only way to show it is to vote. Early or on November 3. By mail or in person. Do it for democracy. Do it for your kids. Do it because you want a say in the future direction of this country. And if that doesn’t do it for you, then do it for Ruth.

We’ve written about the bifurcated K-shaped recovery that has resulted from the coronavirus pandemic. It was a tale of two Americas— one suffering tremendously because its citizens lost jobs or businesses and for whom government support is now a fading memory, the other suffering little more than boredom as its telecommuting professionals with investments continue their lives from the comfort of home.

This weekend, the Wall Street Journal pointed out that it’s not quite that simple. Many middle class families — college-educated, homeowners, who started the pandemic with fully-funded emergency funds and 401(k)s — have also been laid off. Others are among the 17 million who are being paid less due to reductions in salary or hours. They are now grappling with a downturn that has lasted longer than they can weather. And, as the ability to put off paying federally-backed mortgages and student loans soon comes to an end, the picture is getting worse. “The pain so far in the economy has largely been at the lower end of the pay scale,” Discover Financial Services Chief Executive Roger Hochschild told the Journal.

So, what are we looking at now? An “R”? A wayward “F”? I will let those of you who are more graphically inclined weigh in on that.

The second wave is coming — no, not coronavirus (we hope), but employee burnout. That was the stark warning in a report from consultancy Korn Ferry this week, which cautioned that workers may be heading into an era of more serious psychological issues, due to our prolonged period of isolation and its accompanying depression. In April, 45% of employees reported feeling burned out, but in August that number was up to 60%. While these numbers may not be surprising, it is important to understand what maybe driving them — we’re more disconnected from our coworkers than ever, and we may not feel as comfortable venting to our office bestie via Zoom or phone as we would in person, which just leaves us feeling more like we’re on an island. Plus, many of us haven’t taken a vacation in months (ummm, there’s nowhere to go) and the fear is that as the darker and colder months approach, the increased workloads and unclear performance expectations that many of us have been dealing with may grow even more difficult to endure than they already were. So, what to do? First, know you’re not alone. And don’t be afraid to remind your colleagues of that from time to time. We. Are. All. Struggling. And there is a strange feeling of “togetherness” in our common plight. Whenever you can steal a moment, step away, disconnect, and look to recharge in any way that you can. And never underestimate the power of some good comfort food to get you through tough times.

P.S. Don’t forget to follow us on Instagram (both HerMoney and Jean Chatzky!) for more great up-to-the minute insights and behind-the-scenes posts.

Everything You Need To Know To Build A Freelancing Career Now