What Going Back to the Office Means for Our Productivity 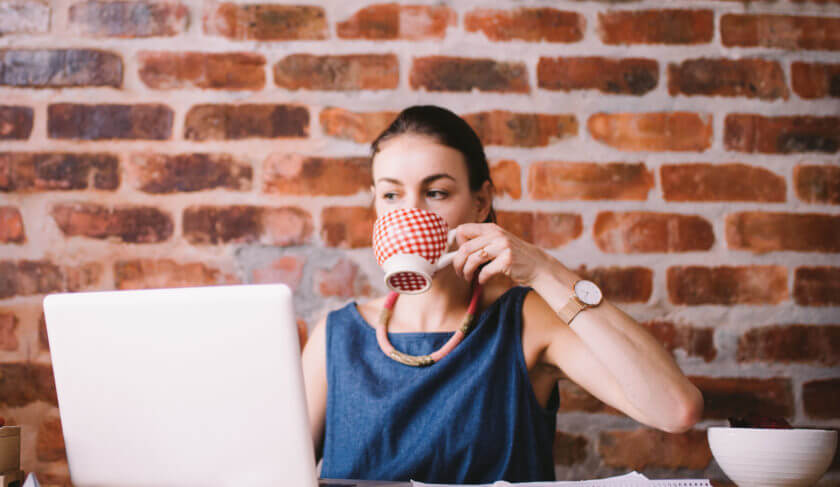 The pandemic’s effect on the workplace has changed the way people think about their 9-to-5. Here’s what you should know about the future of the office.

Not subscribed to HerMoney’s weekly newsletters yet? This is what you’re missing! Here’s a look at what we published in our “This Week In Your Wallet” newsletter, Tuesday, September 28, 2021.  Subscribe Today!

This Week In Your Wallet: And Just Like That…

Over a very Sex And The Cityish brunch yesterday for my new friend Gwen’s birthday (four women, flutes of prosecco, an outdoor table at one of the hottest spots in town), the conversation turned to remote work. Who wants to go back to the office? Three of the four of us acknowledged we were kind of ready. Perhaps not every day, but ready to be back among people. The fourth? She’s already going in.

And yet…we don’t seem to be in the majority. The Wall Street Journal, in reporting on the latest Women In The Workplace study from McKinsey & Co. and LeanIn.org, notes that two-thirds of women and 57% of men would prefer to work remotely at least three days a week. The not-so-veiled meaning in that “at least” is: Many don’t want to come back to the workplace at all.   Lori, the divorce attorney sitting to my left, said it was the younger associates in her firm who really don’t want to come back.  Many, she said, acknowledged they feel more productive at home.

But where does productivity end and burnout begin? The Women In The Workplace study (which polled 65,000 North American employees) did a deep dive into that question and found that the problem seems to be getting worse – much worse – as the pandemic drags on. Some 42% of women say they have felt burned out “often” or “almost always” during 2021, compared with 32% in 2020. (It’s worth noting that men are feeling more burned out this year, too, just not in such large numbers: 35% in 2021 compared with 28% in 2020.) This year’s research also revealed one in three women (compared with 27% of men) are thinking about leaving their jobs. One in four women said the same a year earlier.

So, just how do we think our favorite SATC women would be handling the new workplace? In my imagination, Charlotte is at the helm of a slightly chic-er Everything But The House, which she balances (not always with aplomb) with the trials of the teen years. Miranda is senior partner of a boutique law firm that offers six months of parental leave. Carrie (who looks to still be happy with Big, though that could be a red herring) foresaw the demise of print magazines and launched a thinly veiled, but highly read independent version of TheCut. VCs are circling. And Samantha…what about Samantha?  I don’t think I’m going to be able to take it if she’s gone the way of Donna in Mamma Mia: Here We Go Again. Just saying.

Wanted: A Remote Sitch (With A Side Of Equity)

And if you’re in the not-going-back-to-the-office ever category? We got you. LinkedIn just released its 2021 Top Startups list, ranking companies that are providing the benefits and perks employees want most right now.  As Lindsay Mott writes for HerMoney, we’re talking work-from-home stipends, increased mental health benefits, virtual trainings, upskilling opportunities and more. And here’s the bonus: Of the 50 start-ups, 33 are actively hiring for remote roles and some companies have quite a few jobs available. Click here to dig deeper.

In-Person Should Mean Off Zoom

One thing sure to turn off all of those people who would prefer to be back in the office? A day full of zooms with those elsewhere. It’s happening, as this Washington Post story attests. Zoom’s revenues, though they have slowed as the pandemic has abated a bit, continue to grow. The company had a billion dollar quarter during the three months that ended in June. So, what’s the solution for workers who are feeling that, with cafeterias closed and social distancing encouraged, it’s “100 percent…pointless” to be in person. Walking meetings, outside, with onsite colleagues might be nice in small groups. For now, though, reporter Danielle Abril notes, a pair of good earbuds or noise-cancelling headphones is key.

Should You Own A Little Bitcoin?

It’s a question I’ve been thinking about – and I know you’ve been thinking about it, too.  So, take a trip with me into this story by Yahoo Finance Editor In Chief Andy Serwer with Max Zahn.  He’s not debating that crypto is risky. Or volatile. But instead, noting: “What I’m really trying to address here is, should you have some exposure to crypto in your investment portfolio, and if so, what kind and how much. The question comes from this fact: It’s entirely possible the only thing riskier than owning crypto is not owning crypto. Meaning that 50 years from now, your grandchildren might shake their heads in disgust for you not buying Bitcoin at $32,000 (or $25,000 next week.)” For the record, on Monday it closed over $42,000.

Nope, 2021 Hasn’t Lowered Our Stress Levels. Here’s How Moms Can Get To A Better Place