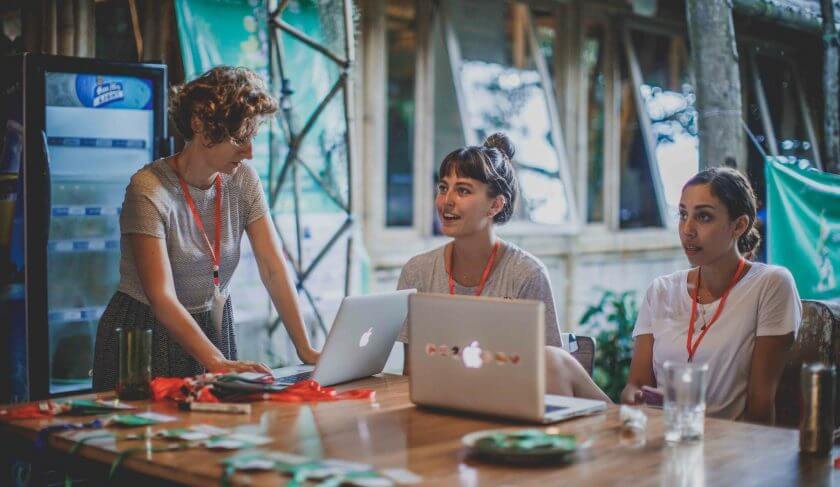 Woman-to-woman abuse is the primary way we continue to let men rule the world. Here’s why.
We women are the worst.

To each other. Maybe you instantly know what I’m talking about. Or maybe the suggestion that women aren’t one big supportive sorority gets your feminist juices flowing. Regardless, woman-to-woman abuse is one way we continue to let men rule the world.

Some argue it’s a geography thing — and there are pronounced regional differences. After nearly two decades in New York, I was shocked by the contrast in day-to-day interactions among women when I arrived in San Francisco. I’d been in New York for so long, I’d begun to question if it was me — until the long, up-and-down glares and tepid receptions to which I’d grown accustomed (and weary) transformed into welcoming grins and warm embraces from female strangers wanting to become friends and collaborate. And for the first time in a long time, I felt I could let down my guard.

Sure, New York has a less favorable male-to-female ratio, plus a notorious “edge,” and biology dictates that mating competition radically transforms behavior. But the open inclusivity I experienced from women on the West Coast converted my hard-earned, callous NY sensibilities into indignation: Why are we so awful to each other?

That doesn’t mean that New York women are all inherently Mean Girls, while SF is a warm, fuzzy fantasyland (Silicon Valley has its own gender trouble). But we can’t just dismiss NYC as an anomalous outlier in the shameful way we women treat one another.

We don’t hear about this phenomenon too often because women fear being judged by other women as “bitchy” women-haters if they dare speak the truth: that some women just aren’t that nice to each other. But denial won’t change the current contentious state of the sisterhood and its ripple effects.

A 2013 Gallup study showed that while both genders prefer a male boss — sad enough — more women have this preference than men (39 percent compared to 26 percent). Why don’t we want to work for each other?

Many female former students and younger colleagues from across the country tell me horror stories of their experiences with women bosses upon entering the workforce. Instead of the mentoring they anticipate, they receive passive aggressive put-downs and condescending remarks. As a result, these feminist-leaning young women regretfully admit that they now prefer to work for a man because their male superiors don’t treat them that way and are more likely to promote them.

No, they don’t disregard sexual harassment or misogyny, but they are desperate to avoid the hazing they receive from other women. Here’s one experience — from one of the most upbeat, hard-working young women I’ve encountered — that illustrates the recurring gripes:

My experience with a ‘bad’ female manager was extensive. I was the only other female on the team, and she took her anxiety/frustration out on me. I think she felt competitive with me. I always did my work well, especially since I wanted to prove to her I could handle bigger responsibilities. I had so many ideas for the company that I made a Google Doc she could access. One day while we were problem solving, she said to me: “I’ve never looked at that document, and frankly, I never will.” I was shocked. The manager I had before her loved my ideas so much that he pulled me into his office for a day-long brainstorming session!

I ended up leaving for another job, even though I loved my coworkers, simply because working with her was so difficult. It made me terribly sad.

Her story is not unusual, but I’m not arguing that every woman treats every other woman horribly all the time. Certainly not. And I hope you, like me, can name at least one woman who has been mercifully kind to you along your professional journey (give her a special thank-you today). Yet that doesn’t change the facts: women prefer male bosses more than men do and women regularly hire (and fairly compensate) men over women.

A successful female entrepreneur once said to me, “Men may not like each other, but they’ll still promote each other. A woman will write off another woman because she doesn’t like her shoes.” An oversimplification, yes, but I get her point.

So this is where we find ourselves: abusing or avoiding each other. Do you think men stay on top by excluding other men? Quite the opposite. They go to men-only secret camps and play golf and video games and slap each other on the butt.

Sheryl Sandberg got it partially right. We need to lean in — but not just to our work. It’s time to lean into each other.

Anna Akbari, Ph.D. is a sociologist, entrepreneur, and the “thinking person’s stylist.” She is the founder of Sociology of Style, which takes an intelligent look at image and culture-related issues and offers holistic image consulting and life coaching services.

not nice to each other sabotaging women competition