Stella and Dot Calling Your Name? Or Scentsy? Here’s The Real Deal On Profiting (Or Not) From a Multi Level Marketing Co. 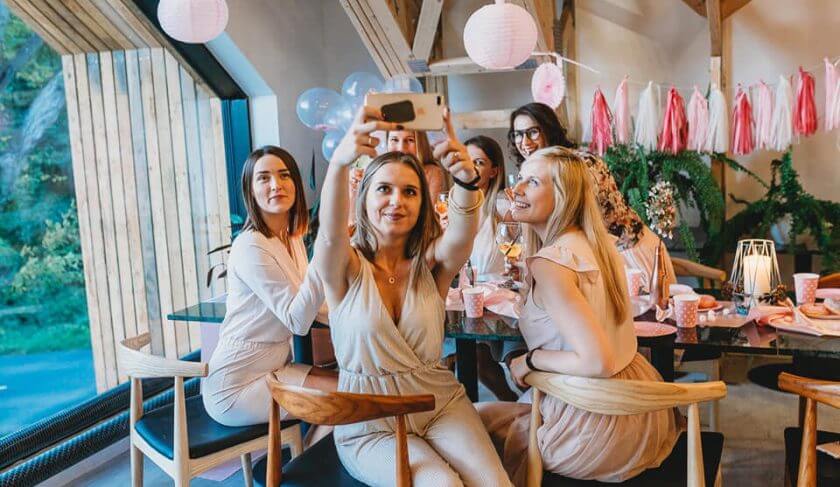 Earning extra money on the side sounds great, but signing up with an MLM might not be the cash cow that your friends’ social media posts would have you believe.

You can count on the invitations arriving like clockwork. Amanda is hosting a Rodan and Fields party. Jenna is selling for Monat. Or maybe they’re pitching weight loss supplements, colorful leggings or cooking equipment. You’re expected to show up, have a little wine, and, yes, open your wallet to support your pal’s entrepreneurial efforts.  (There may not even be wine if they’re selling virtually via Facebook.) And after enough of these, the thought inevitably occurs to you: Maybe I could be making bank myself?

The industry feels you. And it’s coming for you.

Women are a huge target audience for MLMs — more specifically, stay-at-home-moms who want more time with their families while also making extra money, says Katie Young, host of the podcast Sounds like MLM, but ok. “They tell them that by signing up they can earn money while also being present at home for their children. Or that they can get the body they want by signing up for a health-related MLM, and pocket a few hundred dollars every month,” Young says.

The pitches can be very compelling. And with thousands of different types of products sold through these companies, there’s ample opportunity to pursue something that actually appeals to you. But can you really make money?

The Odds of Making Money: Slim

A whopping 99% of participants in MLMs actually lose money, according to a report that the Consumer Awareness Institute presented to the FTC.  And, according to Magnify Money,  64% of people who spent between $100-$500 on their MLM are still paying down the debt they incurred from it. Why, exactly, is that? One big reason is that many MLMs have a “buy-in” requirement, where representatives who sell the product must purchase a demonstration or starter kit, or other products in order to begin selling the company’s goods. After all, what fun is a party selling make-up if there are no samples? So, you’re starting out behind. Then you have to rack up a not-insignificant amount of sales to get you to profitability.

Then there’s the issue of your “upline,” the folks who work above you in the MLM hierarchy and who may help you launch your business. In all MLMs there are layers, or “tiers” of profit sharing, and a lot of the commission you earn when selling products may go to your upline. This includes the person who brought you into the company, along with the people above them, explains Stephen Barrett, MD, a retired psychiatrist who has studied MLM’s since the early 1980s and who operates MLMwatch.org. If you aren’t lucky enough to get in at the launch of an MLM, then your earning power may be more limited by a saturated market, he says.  “Unless you come into a company in the beginning, the odds of you making any money are slim,” he says.

Before signing up for a company, ask if the company has a loyalty program where you can earn products and samples for free, says Katie Clifton Edwards, a top seller in the MLM Initial Outfitters. “At any point if you sign up, you should not be continually investing your earnings into product and going into debt,” she says. Keep a good record of how much you are profiting and how much you’ve spent, she says. “Know what you have to make to recoup your initial investment,” she says. In other words, treat your business like a business, so you always know what’s coming in and what’s going out.

You Get Out What You Put Into It

A common refrain from proponents of MLMs is that you can run your business in your spare time, and that the amount you earn is limited only by the amount of time you put in — the more you invest, the greater your return. In many situations in life, that advice absolutely holds true, but a survey from Magnify Money showed that most MLM participants actually earned less than 67 cents per hour, and 60% of all people involved with an MLM made less than $500 over the last five years. But this number may also reflect those known in the industry as “kit-nappers,” those who sign up for an MLM only to get the starter kit of products at a deeply discounted rate.

But there are some people who do profit by running successful MLM businesses. So what are their secrets? “Determine from the outset how much you want to make in a month—whether it is $200 or $1,000—then set goals and do what it takes to get you to the income level you desire,” says Edwards. That might mean dedicating a set number of days in a week or hours in a day for making calls and following up with customers. The point is that you have to set aside time for it, rather than just telling yourself you’ll “get to it eventually.”

Also, when it comes to selling your products, it’s fine to start by approaching friends and family and others in your circle, but you won’t find success unless you branch out. “You certainly cannot grow a business on the backs of your friends and family, asking them over and over again to host a show or buy a product,” Edwards explains. “If your goal is to make full-time money, you need to plan to invest significant time in introducing the business to others [which is also known as “growing your downline,” or getting people to work under you, who you’ll help manage] and selling products to make money.” Most people who sign up for an MLM are simply not willing to do these things, or cannot find the time, Edwards says. People who are looking for “easy money” when they sign up with an MLM are going to find themselves disappointed, but those who treat it with the seriousness of a part-time or full-time job should eventually see a payoff, she says.

“Retire early!” “Work from anywhere!” “Make full-time pay for part-time work!” If you hear any of these things, it’s time to take a giant step back.. “If someone says you can run your business entirely from your cell phone, beware, because that’s bound to be impossible,” Edwards says. “If it sounds too good to be true, it probably is too good to be true.”

As with many things in life, it’s always best to shop around. Some companies offer better compensation rates than others, and some may offer incentives and bonuses depending on the amount of product you sell in a month, Edwards says.  In terms of vetting the company itself, do some digging into whether the company has a lot of debt— this is often a sign that the company might be in trouble. And speaking of trouble, use the Internet to dig into whether any of the company executives have had criminal charges filed against them — this is the “red flag flying high” warning you to steer clear at all costs, Edwards says.

Consider Your Personality and Time Commitment

In the end, Edwards earned $8,000 in her first year with the Initial Outfitters.  Seven years later, she’s built a downline of 280 women, and she gets a small percentage of their profits when they make a sale. “Only just now, after 7 years, can I let my business run even a little on autopilot,” she admits. She also attributes her success to her fulfilling the need for women to make connections and get together. “It’s really enjoyable for me just being able to get together with a few women at a local restaurant or coffee shop for a pop-up show and help them purchase gifts for others or something for themselves,” she says.

Stressed About Money? Don't Be: Here's How to Beat These Millennial Money Stressors