The New Rules For Cover Letters In 2023 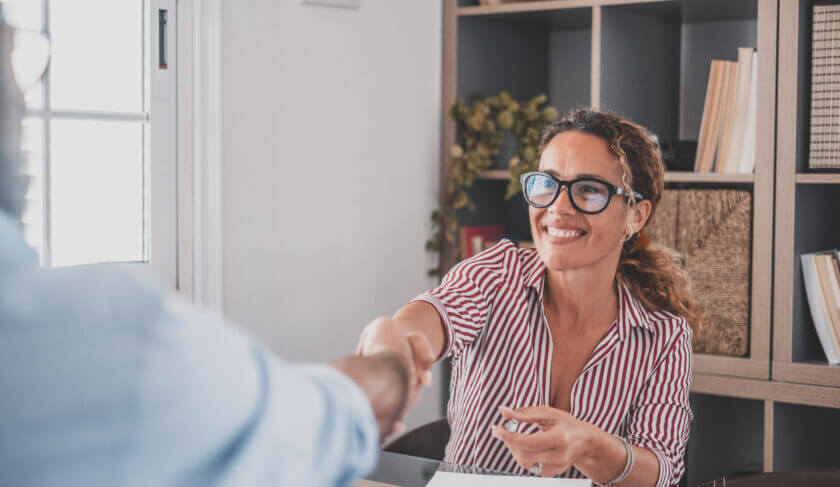 One-page, ultra-long cover letters are a thing of the past. Instead, here's what employers are looking for and what you need in it now.

Picture it: You’re applying for jobs on LinkedIn or another similar job board, and there’s a field to input a cover letter. But it’s optional. So, do you take the 30-minutes to 1-hour to craft a cover letter that will impress, or do you take the chance that the hiring manager might not even look at it, and skip?

One thing’s for certain: Many companies have dropped their cover letter requirement in recent years. And that’s worthy of celebration for all who apply. But for the companies that still want to see a longer missive, what are the new rules for cover letters for 2023?

Thankfully, the long cover letter templates of the 2000s have made their way to retirement. Dear sir or madam: You may rejoice. Yes, employers want to get to know your motivations, but no one wants to read more than a half page. Essentially, the new cover letter is a lot shorter, and should also be sweeter, meaning that it has to show more personality. Take, for example, the character length of a Facebook post versus a Tweet. One has an unlimited number of characters (63,206, to be exact), while the other has just 280 characters. But a Tweet’s limited character count inspires us to condense all the most important information, and make sure our words pack a punch. This is exactly how serious job seekers need to be thinking about a cover letter. Here’s how to craft the perfect cover letter for 2023.

If you’re still working with a cover letter template from years past, it’s time for a trim. Somewhere between 200 to 400 words is the modern sweet spot for cover letters, which is about half a page long and 3 to 6 paragraphs, according to Zety, a resume site.  The main things you need to incorporate into your cover letter include: the motivations behind your application, your career objectives, and a spotlight on your career achievements. 63% of respondents in the Resume Lab survey said the most important thing to include is why you want to work for the company. So, focus on why you want to be there, what attracted you to the job, and why you would be a good fit.

To Send Or Not To Send

If the job doesn’t require a cover letter, do you still need to send one? Around 75% of hiring decision-makers still expect to see a cover letter attached, in addition to a resume, according to a survey by Resume Lab. If the cover letter is listed as “optional,” then hiring managers want to see who will go the extra mile. Think of it this way: Even if they don’t review your cover letter with a fine-toothed comb, the effort you put into writing one does not go unnoticed. Also, if your resume isn’t exactly where you want it to be just yet, that cover letter could be your saving grace, especially if it’s clever and typo-free. In the same Resume Lab survey, 83% of hiring managers said that a great cover letter can actually guarantee you an interview even if your resume isn’t up to par. So, if you’re nervous about your resume, you’re not out of the running yet!

A few basic rules on cover letter presentation: if you’re interviewing in person, bring a few copies with you in case someone asks. It’s always better to be over-prepared, even in this digital age. And if you’re uploading files to a job site, make sure you have separate files for your resume and cover letter. Not only do most sites ask for them as separate documents, but having unique attachments will help make sure they stay organized (for you, and for your prospective employer.)

With any resume and cover letter combo, try to limit repetition. In other words, don’t put the same exact list of achievements on your resume and then rehash an almost identical version in your cover letter. You want them to compliment each other, not parrot, because double-dipping on your accomplishments can quickly get your entire application tossed in the trash. Instead, use your cover letter to highlight the skills you used or gained from each of the positions listed on your resume. This is where you can sell yourself without making it too much about you, and not enough about how your skills are a perfect fit for the position at hand.

Lastly, before sending out any piece of an application, triple check to make sure there are no grammatical errors. A cover letter is a 200 to 400-word professional love letter, and it needs to be grammatically flawless, as it’s the only first impression you’ll ever get to make… And while we’re on the topic, if you’re going on an application blitz, please please make sure you have the right company name and hiring manager name listed on all correspondence. There’s nothing worse than hitting “send” on the application for your dream job only to realize that you actually referred to the company as their biggest competitor.

JOIN US! Wednesday, we sit down for a candid conversation about life and money. Subscribe to the #HerMoneyPodcast so you never miss an episode.