This Week In Your Wallet: Thank You Notes, Cover Letters and The Family Phone Plan 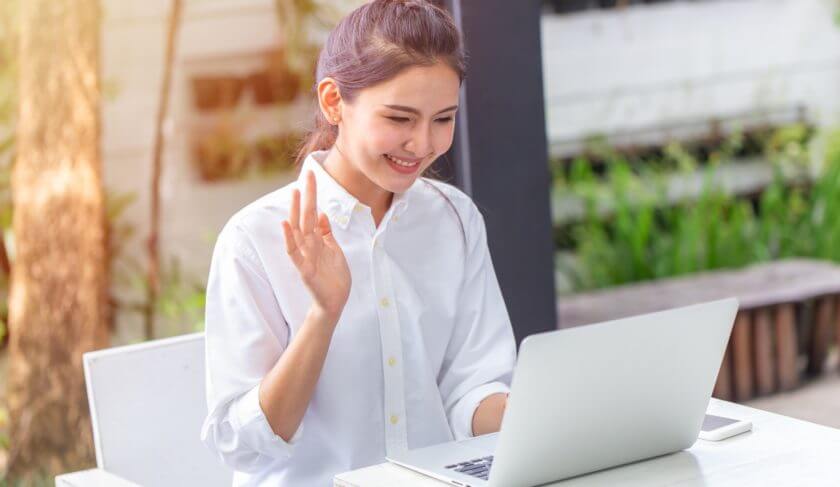 Not subscribed to HerMoney’s weekly newsletters yet? This is what you’re missing! Here’s a look at what we published in our “This Week In Your Wallet” newsletter, Tuesday, March 29, 2022.  Subscribe Today!

My husband Eliot – a career coach – has long maintained a list of 10 to-dos he sends to clients.  These are largely simple reminders that he gives them so that he doesn’t have to devote time in one-on-one sessions to going over them, like #3: After an interview, send a quick thank you note (it can be an email). Recently, he came into the kitchen looking perplexed. “Did you know that thank you notes are controversial?,” he asked me. “It’s a thing on Twitter.”

I started sleuthing and it is, indeed, quite a thing.

The original tweet seems to have come from Tim Sullivan (@Tim_Org), an author of business and economics books who runs the University of California Press. So, apparently job candidates’ sending a thank you note isn’t a thing anymore? Candidates, pro tip: Send a thank you note. It was retweeted close to 6,000 times, pretty striking for a guy with just a few thousand followers.  And those retweets? The most resonant largely took the opposing view.

I submitted a resume, reconstructed it using drop-down menus in the web-based application you paid some vendor for, showed up to interview, and didn’t roll my eyes when you busted out the stupid “Google does this” logic puzzle. At that point, you’re the one who owes me courtesy, responded @Adequate_Scott.

And from @jones_yyc This is power trip stuff right here. Employers, pro tip: stop expecting candidates to perform an entire circus for you. You already got an application package that took days or maybe weeks to create, plus interview time. Give them the job, or don’t. People are busy.

And then there was @_ineedmoarbeer_ with: Thank you notes have never been a thing. Next thing to go is cover letters. They’re such BS.

He may be right. Over the weekend, Lindsay Ellis, a reporter covering young professionals for The Wall Street Journal wrote a story entitled, “Job Hunters Take A Stand: We’re Not Writing Cover Letters.”  The reasons why include complaints that since many applicants are screened by computers (rather than people) the letters aren’t read anyway, as well as the fact that even letters into which applicants have poured time, effort and heart often get no response at all.

As Ellis reports, there’s a big disconnect between hirers and would-be hires. In a recent survey, 83% of hiring managers said cover letters were important in screening candidates – still, just 38% of applicants include them in their outreach.

My take? I think both the thank you note kerfuffle and the cover letter uprising are representative of the very hot job market (and the fact that the interview process has become – in many cases – way too much of a time and energy drain on candidates who are still trying to work at the jobs they currently have. I also think that the ghosting of candidates who you’re not going to hire is inexcusable.) Those of us trying to hire know that there’s a lot of demand for the best talent at the moment. Recruiting successfully means upping our game as well as our salaries and benefits.

As for that cover letter, though, Eliot agrees that it’s industry-dependent. “I don’t think you always need one,” he said this morning. “Certainly if you’re in a field where writing or presentation matter, you do. For a tech company where you’ll be coding, maybe not.” But he also ticked off other situations where they are helpful: If you’re trying to explain an unconventional career path. If you want to show that your skills are a match for the job and it’s not obvious. And if you just think writing is a strength for you and that an enthusiastic well-tailored cover letter will show that off, then do it. “Bottom line: It can only help you, it can’t hurt you. So why not show them you’re willing to go the extra step?”

Switching gears. With inflation looming larger than it has in decades, we’re looking for some new shopping strategies. Of course the best way to save money on a purchase is not to make it.  Second best, however, might be to make sure you’ve got your devices and browsers enabled with the apps and extensions that will save you the most money – whether in rebate dollars or in coupon form. Here’s the lowdown on 6 of them, from HerMoney’s Sibylla Nash: Rakuten (formerly ebates), UPromise, Honey, CamelCamelCamel, Ibotta and Retail Me Not. What I love most about this piece, though, is the advice for how and when to toggle back and forth between them.

And The Family Phone Plan

Finally, I have long theorized that the true final step into adulthood is leaving the family phone plan. At what age is that supposed to happen? 25 seems too young, 35 too old. Maybe somewhere in between? As The Wall Street Journal reports, research shows that while 39% of kids 18-24 pay their phone bills, just 12% of 25-to-40-year-olds do. But with inflation driving up the prices of gas and groceries (even our Netflix bills are on the rise) knowing that your wireless service is covered offers a small opportunity to breathe. Anecdotally, at least, more young adults seem content with staying put.

But how about all of you?  Reading it back, this whole edition of TWIYW seems like it could have run in one of the New York Times’ Social Qs columns. So, what’s your take? On thank you notes, cover letters, and the right age (if ever) to leave the family phone plan? Email me back here, and I’ll report back in a future issue.

8 Work From Home Side Hustles You Can Start Right Now