This Week In Your Wallet: The Two Things You Can’t Buy 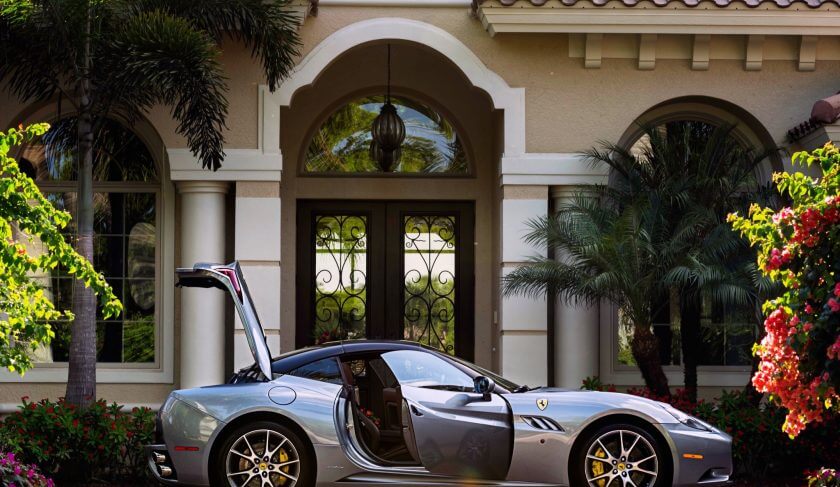 Time and Love — the two things you can’t buy. That was just one of the gems of wisdom shared by Warren Buffett at the 2019 Berkshire Hathaway shareholder meeting this weekend. If you couldn’t make it to Omaha or didn’t watch the livestream, here’s what you missed: Berkshire has been buying up more stock in Amazon, Buffett proudly referred to himself as a “card carrying capitalist,” and while the company suffered a $2.7 billion loss due to its shares in Kraft Heinz, it’s still incredibly healthy, and sitting on a cash pile more than $100 billion high. (Shoutout to Chris Janson, whose inspired song I thought of when I saw that figure.)

In other news, the April jobs report was released, and the economy is booming, with 263,000 jobs added last month. The unemployment rate now stands at 3.6%, the lowest it’s been since 1969…. Sure, “The Summer of 2019” may not have quite the same ring to it, but it’s a tune millions of Americans are happy to be singing nonetheless. And all those folks hard at work are earning more, too. Average hourly earnings in April were 3.2% higher than this time last year. The only negative spot was in retail, where another 12,000 jobs were lost — making me think Buffett’s definitely onto something with that Amazon investment.

Whether or not they’ve been inspired by Warren Buffett, more than half of all Millennials expect to be millionaires within their lifetimes, according to research from TD Ameritrade. It’s wonderful to have big money goals — they can be incredibly motivating and inspiring — but how do you know if you’re on track? The survey notes that many millennials don’t expect to begin saving for retirement until age 36, and just half are investing in the stock market. Unfortunately, neither of these things are part of a successful recipe for reaching those #biggoals, but thankfully anyone can become a millionaire with the right tools, and the right mindset. That’s just part of the advice we got recently from Chris Hogan, retirement expert and author of “Everyday Millionaires: How Ordinary People Built Extraordinary Wealth—and How You Can Too.” (And if a cool $1 million is your goal, take a look at some of the best and quickest ways to get there.)

Do you have rules around the money you offer to your adult children, and/or have you given them a date at which they’ll officially be “cut off”? You might want to think about setting those expectations early, since more than 30% of teens expect to still be getting financial support from their parents at age 30, according to a new survey from Junior Achievement and Citizens Bank. It’s not that they’re lazy — far from it.  They seem to have a plan for reaching many of their life goals, with the majority expecting to attend college and then get a full-time job. But they do have very real concerns about affording their adult lives, including the cost of repaying student debt and living on their own. Of course if you do contribute to your adult children’s coffers, you’ll be in good company. The vast majority of parents — 79% — give money to their 18-34-year-old children, according to a study by Merrill Lynch and Age Wave, but it can come at a cost. Parents spend nearly twice as much on their adult children as they do on their own retirement, which is a much bigger problem than occasionally slipping your child some date night cash. As you may have heard me say before: You can borrow for college, but you cannot borrow for retirement. In other words, try not to let your children’s goals come before your own, and give due warning when it’s time to officially close The Bank of Mom & Dad.

Know what’s worse than a breakup? Getting fired. And just like there are certain things you should steer clear of post-breakup (like drunk texts or dramatic Facebook posts) there are some key post-termination rules you should live by as well. First things first, getting fired is normal. Some of the greats like Oprah Winfrey and Anna Wintour (even our own Jean Chatzky) were given the boot back in the day, so you’re in good company. After your boss has rocked your world, it’s normal for your emotions to range from anger to “the world is ending” sadness. But here’s the thing. You’re going to be OK. Being let go means you have nowhere to go but up, but only if you keep it together.  We’ve got your how-to guide ready on HerMoney.com this week.

How many years have you been carrying a credit card balance? How much is it? According to new research from CreditCards.com, 7% of credit card holders don’t know the answer to that question.  Can you say: Problem? Credit card debt shouldn’t be one of those things that sneaks up on you or that you’re fuzzy on — In addition to credit card debt costing you a fortune in interest, it can also lower your credit score and make it harder for you to take steps towards some of life’s bigger financial goals, like home ownership. But no matter what your balance may be, there are ways to get your credit card debt paid of quickly — and for good. You can pay more than the minimum, target one card at a time (via the avalanche or snowball methods), or even think about balance transfer. We dish details on all the options at HerMoney.com.

How To Build Relationship Equality