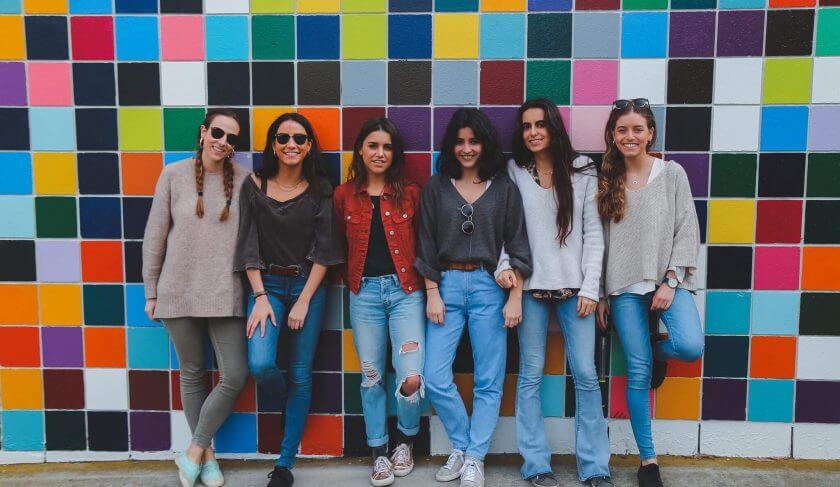 Yes, talking to your girlfriends about salary really can help close the gender pay gap.

After two drinks at a bottomless-mimosa-brunch, I will tell my friends anything. Well, almost anything. I’ll tell them work gossip and the latest friend-group dating scandals. We’ll talk about who to avoid on the dating scene, and which companies to avoid working for. All of this shared insider information has saved my friends and me much heartache, career suicide and more. However, there’s one question that for many years, no one dared utter: “How much do you really make?” or “What’s your salary?”

Although it may be awkward to have the numbers talk with your closest friends, it may also be extremely beneficial, especially for women as we work toward closing the gender pay gap. According to The American Association of University Women (AAUW), women still make between 54% and 80% of what men make, depending on our race, with African American and Latina women making less than white women do. And talking to one another — spreading a little of that sunlight disinfectant — is one of the best ways we can help achieve pay parity once and for all.

Knowledge is power. And the most powerful, successful women among us are already discussing their money situation with their pals.

“I personally think that there are no taboo topics amongst trusted friends and advisors,” says Lee Mayer, CEO and co-founder of home design website Havenly. “It’s interesting, we talk about nearly everything else about our careers and personal lives, but the one thing that drives so much of our lives — money — is shrouded in secrecy. I realize this can be uncomfortable, and by no means am I advocating broadcasting your financial story to the world, but amongst the people you turn to for honest and non judgmental career advice, I think money is a totally fair topic to discuss,” Mayer says.

If you’re still not sold on talking money, think about it this way: You tell your friends about the best deals you get on clothes, rent and other things, right? So, don’t you want to help them get the best deal on their salary, too?

I’ve totally been there  — my anxious mind spinning out of control, telling myself that if I ask for a raise or increased benefits that I’ll immediately fired and thrown into a pit of fire. But many men just don’t feel that way.

“My male friends and husband are all comfortable discussing their salaries and how they negotiated it, and it gives them the confidence to walk into an office and demand what they’re worth,” Mayer says. “If you have no idea what other people are getting paid at your experience level and in your industry, how in the world can you anchor your salary expectations appropriately?”

Be Inspired into Action

One of the reasons I’ve often hesitated on sharing my salary information with a friend is to avoid any hurt feelings. I didn’t want to feel badly if they were earning significantly more than me in a similar job, and I wouldn’t want them to feel badly if the reverse were true. But that thinking is wrong — I realized that I was making such an effort to be polite that I was actually hurting my own potential career and salary growth, and that of my fellow women. “Past research on social comparison has found that although it can be distressing to learn that someone else is earning more than you, this kind of comparison can also be motivating,” says Penelope Lockwood, professor in the department of psychology at the University of Toronto.

Someone who is outperforming you can actually serve as a role model, providing evidence that you can improve and become more like them in the future, Lockwood says. “Given that there are still glass ceilings in a number of professions, it can be important for women to have examples showing that ‘someone like me’ can be successful.” It’s also valuable for women talk to one another about gender-specific workplace issues like maternity leave, fertility treatment or even high-risk pregnancies, Lockwood says. “Talking to other women about these things can help women navigate these events and the potential impact on their finances.”

How to Start Sharing

If you aren’t into my recommendation to just down a bunch of mimosas then over-share everything, there are kinder (gentler) ways to dip your toes into the salary conversation.

One option: Try a book club, suggests Jan Cullinane, author of “The Single Woman’s Guide to Retirement”.  “I’ve been in a number of all-women book clubs over the years, and we’ve intentionally chosen books that touch on topics such as negotiation (such as “Ask for It” and “Women Don’t Ask,” by Linda Babcock) and books about how we think about money, such as “Nudge“ by Richard Thaler or “Predictably Irrational“ by Dan Ariely … perhaps sharing a glass or two of wine while discussing!” Cullinane says. “In a book club setting, starting with ‘I have a friend who … ’ can often open up big discussions about salary and raises and other money habits.  This takes it out of the personal realm, even if you’re really talking about yourself.”

In the HerMoney Happy Hours launched by HerMoney founder Jean Chatzky and hosted by many of the women in the company, including Editor-in-Chief Kathryn Tuggle, groups of women pick leading money questions from a deck of cards designed to get women talking.  Join our private Facebook group to learn about upcoming happy hours in your area!

Additionally, if you have a financial adviser in your circle, you could ask her to host a gathering where women are encouraged to freely discuss their salaries, money fears and any other financial questions without judgment.

“Being open about these topics can reinforce that we’re not alone, that we all share common challenges, and we may find helpful suggestions and solutions to some of our problems. Information is power, and the more we share, the more we gain,” Cullinane says.

So, raise that mimosa (or three) at your next girls’ brunch, and share those salaries. If your friend group is anything like mine, it only takes one of these conversations before most everyone is comfortable sharing what they earn, what they’ve learned, and where they’re hoping their career will take them. I’m so thankful that I took the steps to get the dialogue flowing, and I love knowing that every time we get together, we’re just a little closer to closing the gender pay gap.

Own your money, own your life. Subscribe today to get the latest money news and tips!