How An NFL Linebacker Manages Money 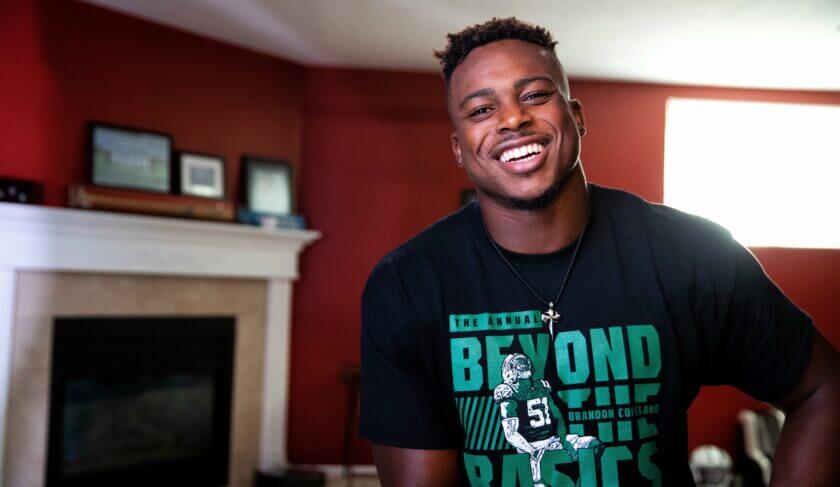 We all define ourselves by our jobs. Whenever you’re meeting someone new, one of the very first questions you’re going to hear is: “What do you do?” Yes, that’s totally normal, but depending on where you’re at in life, you might not have a clear answer. You might be in between jobs, changing careers, going back to school, building up a side hustle, retiring, or a mix of the above. At some point, we all have to create an identity for ourselves that’s bigger than a job title.

And nobody does that better than our guest for this episode. Brandon Copeland is a 10-year NFL veteran, but he’s also an entrepreneur, an investor, a real estate developer, a philanthropist, and a college professor. After graduating from the University of Pennsylvania’s Wharton School of Business, Brandon came back years later to teach a personal finance class called Life 101, which is now available as an online course for everyone. He’s also a member of CNBC’s Financial Wellness Council and a contributing editor for Kiplinger’s Personal Finance.

Brandon talks about his lifelong interest in business and his desire to not only make money, but make money work for him. That’s what has motivated him to use his talent as an athlete to open up doors in the financial world. The result? He regularly saves more than 90% of his NFL paychecks, works at top wealth management firms in the off-season, and flips houses as a real estate investor. Brandon gives advice for juggling multiple passions and shares what he wishes he’d known when he was at the beginning of his career.

We also break down the struggles that professional athletes face with managing their money, as well as the troubling stat that 16% of NFL players declare bankruptcy within 12 years of retirement — which often happens in their 20s and 30s. Brandon explains that it all comes down to education. When rookie NFL players have a minimum base salary of $705,000 (and some of them make millions), an everyday budgeting or investing mistake could have huge financial consequences. We also talk about the pressure that athletes face to share their wealth — not only with the next generation, but also with parents, extended family, and their community.

Brandon has taken those observations and turned them into a class that can help anybody with managing their money. He reveals the parts of his course that college students are most surprised by — budgeting, cost of living, the salaries for their dream jobs, and common mistakes on their pay stubs.

We also talk about the importance of giving back, and how money is a tool for changing lives. Brandon shares his inspiration for founding his non-profit organization Beyond the Basics, which has given more than $600,000 to families in 21 states to help them buy groceries, Thanksgiving dinners, and Christmas presents.

In Mailbag, we hear from a listener who’s worried about losing her recent salary gains in the upcoming recession. And in Thrive, everything you need to know before getting your first pet.

Inflation & Layoffs: How To Manage In 2023
Don’t miss an episode: