7 Signs You’re Being Passive-Aggressive (and How to Stop) 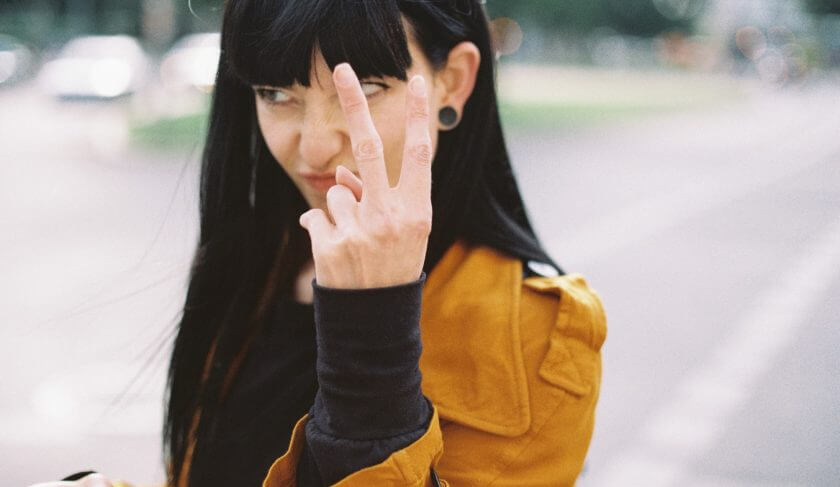 Are you being passive-aggressive without even knowing it? Here are seven ways to tell, including questions, statements, ignoring, sabotaging, etc.

Is your inner “Mean Girl” making appearances at work? You may be sabotaging your career.

You know what it feels like to come across passive-aggressive behavior at work—we all know the co-worker who “keeps forgetting” to send you important materials or leaves you off meeting invites. But while it’s easy to spot when it’s happening to us, it’s not always easy to know when we’re doing it to others.

Here, we tell it to you straight: These are seven common signs you’re being passive-aggressive and how to stop.

Sometimes a passive-aggressive comment can come off as a confrontation-like accusation, says cognitive behavioral therapist Alex Hedger. One example is asking threat-based questions like, “Why on earth would you ever think that?” or, “Are you nuts?” (Unless, of course, the person you’re talking to says something truly off the wall, like she wants to go skydiving without a parachute.)

These questions are not only passive-aggressive, but they also put the other person on immediate defense. So it’s more than likely you won’t get the response you’re looking for, and you could put your work relationships in danger.

It’s important to create solid working relationships. Who knows when you might need an ally to help you with the printer the morning of a big meeting?

Another passive-aggressive behavior happens when you want something but don’t ask for it directly.

This type of passive aggression can manifest in small put-downs and insults, says clinical psychologist Dr. Ramani Durvasula. For example, someone comes to the office in beautiful new shoes and you say, “I wish I could get a new pair like that—but, sadly, all my shoe money goes to rent.”

Comments like these make the receiver feel guilty for getting or doing whatever it is that you can’t, and they can keep others from sharing details with you. Wonder if other departments received raises when yours didn’t? Being kind and making friends across the office can get you the inside scoop — in the event something great did happen for other co-workers, you can find out how and what you can do to get a similar perk.

You Dole Out Backhanded Compliments

Sometimes jealousy and passive-aggression combine. Instead of being able to react the way you might want to (happy for the person), you instead say something that just sounds, well, rude.

For example, if a co-worker gets engaged and you’ve been waiting years for your boyfriend to propose, you might call her new bling “cute” or say you thought the diamond would be bigger.

Don’t do this if you can help it: Being a “Mean Girl” isn’t what you want to be, especially at the office!

And if you do catch yourself mid-sentence, take a step back and apologize. It’s better to acknowledge your misstep—even your jealous feelings, if you’re talking to a close friend — than hope no one caught it.

You Ignore or Say Nothing

On the other hand, sometimes saying nothing at all is passive-aggressive. According to psychotherapist Katherine Crowley, author of “Working for You Isn’t Working for Me,” checking your phone when a colleague is trying to speak with you or during a meeting are examples of passive-aggressive behavior.

Sound familiar? Try to break this habit ASAP by not bringing your phone into meetings or putting it in your purse when a colleague approaches.

Ignoring someone’s calls, emails or texts as a way of sending a message that you’re upset with her is another way this behavior can manifest.

A more active form of ignoring is procrastination. Maybe you’re unhappy with your job or your role in a particular project, but instead of saying something (or doing something proactive), you take extra-long lunches or even a sick day as the deadline approaches.

Socially, this behavior typically comes in the form of backing out of an obligation at the last minute—like giving an excuse that you can’t make it when you really just didn’t want to go in the first place, says friendship expert Nicole Zangara—or denying knowledge of the event altogether.

You Leave Someone Out

Perhaps you’re not fond of a certain colleague. Rather than address the issue directly, you go out of your way to edge her out of the office clique. You might do this by inviting everyone on your team to lunch, except her, says Crowley.

When you do this, you can be sure she notices. Try to break yourself of this habit by including her, and you may find out you have something in common. If not, you’ll be able to sleep better at night knowing you did the right thing and haven’t made an enemy.

A more extreme move related to leaving someone out is downright sabotaging her. Instead of just excluding someone socially, you purposely leave her off email chains or meeting invites or even “forget” to tell her when a deadline has been changed.

If someone points it out, you make statements like, “Oh, I had no idea,” “I’m so sorry,” or “I wonder how that happened,” says clinical psychologist Dr. Ben Michaelis, to absolve yourself of blame.

You might feel, however subconsciously, jealous or that you lack her discipline or success, but try to fight this feeling.

You can 100% stop your passive-aggressive behaviors, and you’ll see that it will really help your work life.

This week, pay attention to your behavior and try to modify it. You’re already closer to overcoming passive-aggression than you think!