Everything You Need To Know About Presidents Day Sales 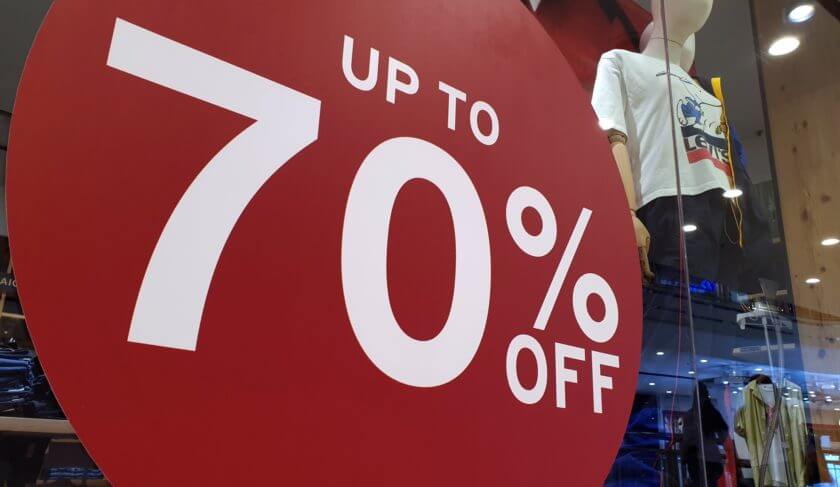 The February holiday can be a great time to save, but what’s really worth your money in 2022? (And why are mattresses always a thing this time of year?)

George Washington loved to buy the latest fashions — especially clothes, shoes and home furnishings, according to David Head, associate lecturer of history at the University of Central Florida and the author of “A Crisis of Peace: George Washington, the Newburgh Conspiracy, and the Fate of the American Revolution.”

Head notes that in 1885, when Washington’s birthday became a national holiday, department stores were experiencing rapid growth across the country. But then, as now, sales generally ebbed in February, after the holiday rush.  A “Washington’s birthday”-themed sale was a way to “gin up excitement during an otherwise slow season,” Head writes, noting a 1908 edition of the Boot and Shoe Recorder that “captured the attitude perfectly.” It states: “Shoe Retailers Should Impress Their Customers With the Fact That Colonial Gentlemen Took Much Pride in Their Apparel — Washington Was a Liberal Shoe Buyer.”

And while not every U.S. leader may have shared a passion for fashion, it’s likely that all would favor a robust national economy. So, what should be on your radar for Presidents Day Sales in 2022?

The Time Of Year For Bargains

Falling in mid-February, sales for Presidents Day (still officially Washington’s birthday, but now often viewed as a holiday recognizing all U.S. presidents) provide an opportunity for retailers to move merchandise that may have been overlooked during holiday shopping in November and December.

During those months, you’re typically spending the most on gifts for other people, observes Dr. Jane Boyd Thomas, professor of marketing at Winthrop University. But in February, when the holiday celebratory dust has settled, she says, you’re buying for yourself. Also, rather than finding bargains on, say, a sweater or a pair of sunglasses, around Presidents Day, you’re more likely to see bigger purchase options with slashed prices. For example, electronics, mattresses, and other home essentials.

Typically, people just don’t buy mattresses between October and December, Thomas explains. And as best as she can tell, mattress companies hooked onto the three-day Presidents Day weekend in the 1960s and ‘70s and started promoting their wares. Since then, mattresses have been a common sale item for the weekend.

Of course, various presidents’ consumerism and retailers’ surplus doesn’t demand you redo your boudoir, or anything else. Saundra Latham, senior staff writer at Cheapism.com, reminds us to consider whether we actually need something, or whether we’re just buying it because it’s on sale. But, she notes, this weekend can be a good time to buy, “especially if you are in the market for those bigger-ticket items.”

“Competition is particularly fierce among mattress retailers, especially because bed-in-a-box businesses like Casper have taken a big chunk out of traditional sellers’ profits,” Latham explains. This means deeper discounts for you.

Okay, Where Are All The Presidents Day Bargains In 2022?

The best thing you can do is start researching now, if you haven’t already. A prudent shopper is going to be watching and studying prices long before the first of February, Thomas says. By tracking prices, you can quickly discern if you’re getting a bargain.

Beyond the price itself, consumers should also keep in mind supply chain issues as well as ancillary costs. While there are bound to be great appliance deals, Latham says, “remember that the supply-chain issues and chip shortages will be hanging on, so discounts might not be as great as they were in previous years.”

Once you know what you’d like to purchase, Thomas suggests finding out if the item is in stock, and where. She also notes that with mattress sales, you may find some room for negotiation. For example, you might be able to work out a deal with your new mattress company to dispose of your old one for free, or to throw in a bed frame at no charge.

And while mattresses may be cheaper in-store, that doesn’t mean other items will be. You’re just as likely to find deep discounts on electronics, clothing and accessories online as you are in-store.