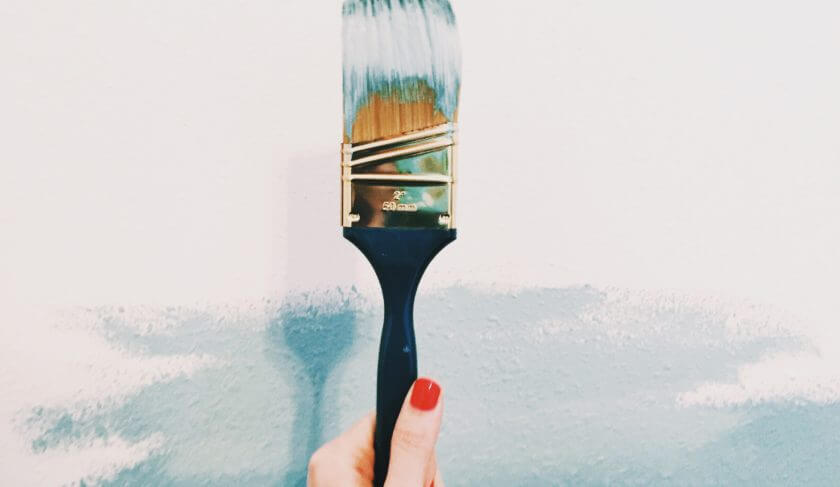 Home renovating lately? I mean, who isn’t… But those finishing touches don’t come cheap. Here’s how to get a bargain on the best paint colors.

Farrow & Ball, a high-end paint crafted in small batches in southwest England, proudly sells for $125 per gallon in the U.S., sometimes much more. The company is known for presenting a limited number of new paint shades each year, with whimsical names such as “Mole’s Breath” or “Rangwali,” a vibrant pink hue inspired by the annual Holi festival of colors in India.

Fans say they appreciate the deep, saturated colors that dazzle even the most discerning of eyes. Yes, we agree the curated collections are beautiful, captivating even. But much like designer handbags, there are always just-as-attractive and much-less-expensive options that get the job done nicely while still keeping your budget intact. Here’s a look at how to make your space pop for less than you thought.

Chelsea Lipford Wolf, co-host of the nationally syndicated Today’s Homeowner TV show and host of the web series Checking in with Chelsea, says that with the advanced color-matching systems now available in paint stores, you can come really close to matching the designer colors from more exclusive, luxury brands.

You can bring in the sample shade you most want to emulate to most any paint and home improvement center, and staff members can look up the formula in their computer system and tint paint on the spot without the use of a chip chart. Will your color-matched paint look exactly like Farrow & Ball when it’s applied in your home? That depends on the quality of the alternative brand, which needs to be middle of the road or higher.

MEET IN THE MIDDLE

Like so many things in life, you get what you pay for. While Wolf recommends going with whatever brand you’re most familiar with and comfortable using, you should try to select a brand’s mid-priced line or higher-end lines (those that sell for $50 a gallon or less) for better coverage.

“I personally prefer, and have a lot of experience with, Behr’s Marquee line of paint,” Wolf says. “While it’s the highest-end of Behr paint, it’s still significantly lower in cost at about $40 a gallon. It has great coverage and many colors are guaranteed to cover in one coat.”

When it comes to paint, higher quality brands often mean you will need fewer coats (and less time and effort) to achieve the look you want. Cheaper-by-the-gallon colors may seem like a good deal at first, but you’ll end up buying twice as much paint to compensate for low quality. (AKA, the cheaper the paint, the thinner the paint, which means triple if not quadruple coats are required to get the same look.)

In recent lab tests, Consumer Reports finds that most economy grade paints don’t perform well overall, and need multiple coats for the best coverage. After studying more than two dozen paint lines in 2020, Consumer Reports developed a list of the best interior paints to use. They found that paints from the same brand did not always deliver the same coverage. For example, Benjamin Moore offers paints that performed well enough to score in the “recommended” range but also sells paints that landed in “mediocre” territory. And interestingly, HGTV Home by Sherwin-Williams Showcase beat out other Sherwin-Williams paints, according to the report.

“Higher quality/higher-priced paints have more pigments,” Wolf says. “Pigments are what make up the color and texture of the paint. More pigments means you’ll have deeper and richer colors. It can also mean the difference between one, two, or three coats to cover existing colors.”

Plus, more pigments will make the paint last longer and help it hold up to scuffs, dirt and grime.

Here are Wolf’s and other designers’ suggestions for alternative brands and colors for nine of the most popular Farrow & Ball shades:

DOING WHAT YOU CAN ON A BUDGET

And if you don’t have the time or money to paint a whole room right now, updating one wall, or painting a piece of furniture with a pop of color, can change the whole way your room feels. Navy blues and the right black, Wolf says, can be treated as neutrals in many spaces, too, because any color can pair well with them.

Before selling her home this spring, Wolf took on a pandemic project in 2020 and painted one wall in her bedroom using a medium green that felt inviting to prospective buyers. She used “Eucalyptus Wreath” by Behr for the wall behind the bed. When you pick a quality paint, you’ll likely only need one gallon for an entire wall.

If price is no object and you can afford premium paint, should you pick the pricey versions simply because you can? While there are benefits to selecting some higher-priced paints, Wolf says, they are not proportionate to the difference in cost.

“The average eye and homeowner would not notice the difference enough to justify paying three times as much per gallon,” she says. “Unless you’re painting a palace, $50 or less per gallon will make your house look great!”

Alternately, some designers say the true cost of using Farrow & Ball is much higher than the price per gallon, if you follow the company’s recommended guidance for  “Perfect Preparation & Application.” They call for using one coat of Farrow & Ball Primer & Undercoat in the recommended tone, followed by two coats of a chosen topcoat. For some surfaces, such as freshly plastered walls, the company recommends first using a diluted layer of your chosen Farrow & Ball topcoat color, followed by two full coats. That’s going to add up very, very quickly.

We know picking a paint color, let alone a brand, can be a maddening process. There’s so much to choose from! So many price ranges to consider! So many possibilities! To help you narrow your list, here’s a look at the six top paint lines from Consumer Report lab tests, in alphabetical order: Behr, Benjamin Moore, Kilz, PPG, Prestige Paints and Valspar.

Didn’t see your favorite paint brand listed? Maybe for your next home improvement project, it’s time to give something new a try!