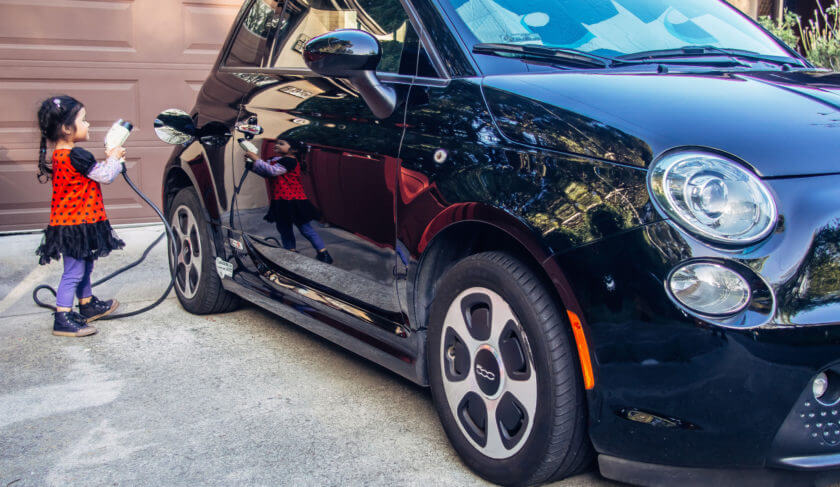 Interested in ditching high gas prices in favor of an electric or hybrid car? Yes, they can be expensive, but we found models all under $50k.

We’re all feeling the burn of higher gas prices right now. June 17 is “Dump the Pump Day,” which encourages people to use public transportation or walk to save some money on gas. But in some cities and in certain situations, this isn’t always feasible. With the prices of seemingly everything increasing right now, it might be time to consider a long-term solution to rising gas prices in the form of an electric vehicle (EV) or hybrid.

“A growing number of people have environmental concerns leading them to consider a hybrid or electric vehicle, and gas prices are higher than they’ve been in a long time, leading consumers shopping for a new vehicle to consider options that will cost them less to fuel,” says Colin Aylesworth, senior editor, autos, U.S. News Best Cars. “Hybrid and electric vehicles can reduce the costs of having to refuel a vehicle. Hybrids typically require a slight extra investment, while EVs require a greater up-front investment. If you’re prioritizing environmental concern or qualify for a full EV tax rebate, the added cost may be worthwhile, but every shopper needs to consider their own situation and finances before buying a new vehicle of any kind.”

This is a spacious compact car with a commendable EPA fuel economy rating, starting at an MSRP of $24,1000. It gets up to 56 miles per gallon (mpg) on the highway with 139 combined horsepower. The Elantra was also named the 2021 North American Car of the Year.

READ MORE: With The Car Market Up, Should I Sell My Car?

The starting MSRP for the Hyundai Sonata Hybrid is $27,350. It gets up to 54 mpg on the highway and has a combined 192 horsepower. The Sonata offers an available solar roof panel that recharges the batteries to generate enough electric power to increase driving range by nearly 2 miles a day, which is an approximate 700 additional miles per year.

This is a midsize quality sedan with a starting MSRP at $27,720 with 48 mpg in the city and 47 on the highway. Under certain conditions, the car will run exclusively on the electric motor in EV mode.

Starting MSRP for the first-ever 2022 Hyundai Tucson Hybrid is at $29,750. It has a combined 226 horsepower and 38 mpg on the highway. The Tucson is spacious for a compact SUV and is highly rated. It offers regenerative braking, meaning the brakes convert energy into electric power, which recharges the battery, and the vehicle uses more electric power and less gas at lower speeds.

With a starting MSRP of $27,980 and 51/53 estimated mpg, this midsize sedan is a quality hybrid with a commendable EPA fuel economy rating and a combined 208 horsepower. Every Toyota hybrid battery warranty will cover 10 years from date of first use or 150,000 miles, whichever comes first. The 2022 Toyota Camry is also an IIHS Top Safety Pick+.

The 2022 Honda CR-V Hybrid has a starting MSRP of $32,010. It gets 40 mpg in the city and 35 on the highway with 212 total horsepower and is the best selling crossover over the past decade, according to Honda’s website. Under certain conditions, the car will run exclusively on the electric motor in EV mode, and the website says it has a spacious interior.

READ MORE: Car-Buying Experts On How To Save Big On Your Next Vehicle

emissions. This all-electric Mustang is actually an SUV and is sold out until the 2023 version comes out.

The starting MSRP for the Hyundai Ioniq 5 is $44,000, and it has up to 320/239 hp/kW with an EPA-estimated range of 303 miles. The 2022 IONIQ 5 won World Car of the Year, World Electric Vehicle of the Year, and World Car Design of the Year at the World Car Awards. Hyundai also offers two years of unlimited 30-minute complimentary charging sessions with purchase.

The rear-wheel drive version of the Tesla Model 3 starts at $46,990. It has an estimated 267-mile range with a top speed of 140 mph and gets from 0 to 60 mph in 5.8 seconds. It received a NHTSA 5-star safety ratings in every category and subcategory and is a IIHS Top Safety Pick+.

This is not an exclusive list, and there were quite a few other models to choose from in a variety of vehicle types under the $50,000 mark, and more above that price, of course. Aylesworth says that SUVs are the popular choice now, but the hybrid sedans mentioned above can be “excellent picks that are likely overlooked in today’s market because they aren’t SUVs.” The sedans are likely easier to find and potentially more affordable than SUVs.

How Budgeting Forms the Basis of Your Financial Plan