How to Use Your Points for Travel – The Right Way 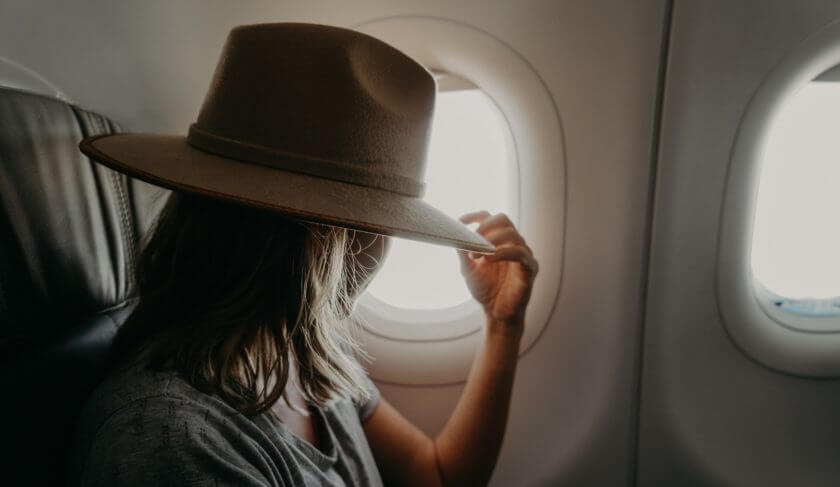 Plus: Is advanced technology making us spend more money? There's a chance you could be getting profiled without knowing it.

Not subscribed to HerMoney’s weekly newsletters yet? This is what you’re missing! Here’s a look at what we published in our “This Week In Your Wallet” newsletter, Tuesday, September 14, 2021.  Subscribe Today!

This Week In Your Wallet: There’s Always Someone Listening

I’m ready to go somewhere. Maybe not just anywhere, but I’ve got to tell you I’m getting less picky by the day. And I know, I’m fortunate. I’ve been able to spend the pandemic moving back and forth between my workaday home (now in Philly) and the beautiful Jersey Shore.

I did have a few work-related trips planned for this fall, but they’ve all been cancelled – and the most recent of those inspired this post. I was hired to moderate a conference in Hawaii (beautiful Kauai, actually, where I’ve never been) that was, quite naturally, canceled after the state’s governor, David Ige, took to the microphone and asked tourists and any other people visiting for non-essential reasons not to come. He didn’t issue a mandate. He issued a plea, but of course my client complied.

Cancelling my own travel wasn’t an issue. But I had invited my son and his girlfriend, who live on the West Coast, to join us for a few days of fun as the conference wrapped. (It’s a very strange concept for East Coasters to wrap our brains around, but yes, Hawaii is somewhere you can go to for a long weekend.) And I had booked their trip with points I’d accumulated using my Chase Sapphire Reserve card.

I was drawn in with Chase’s offer to buy travel directly through Chase (as you can do through other credit cards like Amex and Citi). At Chase, points are worth 1.5x their value when you do so, so each point is worth $1.50. The tickets (economy, non-refundable) from LAX to Hawaii were very inexpensive. When I needed to cancel, however, I got a travel credit on the airline (that the original ticket holders have to use) instead of my points back. That credit expires next July – a year from the date when I originally bought the tickets. Chances are my kids will use the value, but if COVID persists, it could be difficult.

Did I make a big mistake? I called Juan Ruiz, an editor at ThePointsGuy.com, to ask. “I don’t think you did the wrong thing,” he told me (before telling me I could have done better.)  “It wasn’t a rock star redemption. It was a modest, good redemption.”  The true win would have been to transfer my points to British Airways Avios program where I could have – pending award ticket availability – used 12,500 of them to book each leg of the journey. Upon cancellation, the points would have ended up back in the BA program, and then it would be up to me to figure out how to use them again – without an expiration date. “But, you’d never get the points back [in your Chase account.],” he said. I did feel better about that.

So, I asked, what’s the right way to proceed with redemptions in the future – particularly for anyone who is interested in taking advantage of one of the big points bonuses available right now. Ruiz suggested hacking it like this:

First, if you get a card, make sure you’re going to meet the minimum spending requirement in order to grab that bonus. If not, pick another card.

Second, instead of using points directly to buy flights, look into whether it makes sense to transfer those points to an actual travel partner (an airline or hotel) then book. Chase, for example, has 13 partners to work with. Other card companies have similar numbers of their own, and when you pick your card, you should keep in mind the partners that you’re going to want to transfer to. For me, flying out of Philly, American is going to be an important airline – just like Delta was for me living in New York.

Third, if I do buy directly from Chase (or another card – I have Amex points as well), no more non-refundable tickets for me. I’ll step up at least one category and pay a little more in order to know that if I need to, I can change my mind.

Finally, just a reminder: You almost never want to use your points for gift cards or statement credits. It’s okay if you know that you’re not going to earn more points or miles over time. But that’s not where the true value is.

Every Tuesday, we have a staff editorial meeting at HerMoney.com.  This is where we go through our progress, talk about what’s coming up and brainstorm – and then hand out – story ideas. Last week, reporter Molly Povich was assigned to tackle inflation. More specifically, to come up with a list of 10 everyday products that are costing consumers more – and savvy strategies for how to get them for less.  Among them:  Groceries, gasoline, housing, homeowners insurance and more.

For example about the fuel for your tank she writes: “Fill up earlier in the week, when gas tends to be cheaper. (Strange but true — there’s a chance you’ll pay a few pennies less on a Monday than a Friday.) Unless your car’s manufacturer requires premium fuel, use regular-grade gasoline. Join a fuel rewards program at the gas station you frequent most regularly, and you can earn discounts or a free gallon or two over the course of several months. If you have a rewards credit card that offers cash back or special benefits for fuel purchases, make sure you’re using that specific card at the pump. There are also gas price apps that can help you find the cheapest fuel in your area, and the tried and true method of sharing rides.”

The whole list of 10 is well worth a read.

That’s what Julia Roberts said, coldly, to Andy Garcia in Oceans 11, right before she turned her back on him and rushed off to be by George Clooney’s side. Well, I’m not sure about that. But I am more convinced than ever that someone is always listening. They have to be, right? That’s why, after I ask my husband for the full name of some actor so that I can Google where we’ve seen them before, I don’t even have to type in a handful of characters before the full name pops up in my search. Even if it’s random. Even if it’s unusual.

In this weekend’s New York Times, University of Pennsylvania Professor Joseph Turow wrote an opinion piece that just added to my anxiety. “If you’ve ever dialed an 800-number to ask or complain about something you bought or to make an inquiry about something you’re thinking of buying, there is a decent chance you were profiled — by the arrangement of your words and the tone of your voice — without knowing it,” he explained.  They’re using biometric devices to measure how our voices and syntax indicate we’re feeling. And the only warning they have to give us is some generic line about how the call “may be recorded for training and quality control purposes.” I can’t even count how many times recently I’ve heard that.

There are instances that the profiling might work in our favor. If we appear tense, some computer might tell the customer service rep to throw us a courtesy discount.  Or, it may help us get routed to a rep whose personality might be the best match for ours. But that’s where it starts to get scary. Might this personality pairing result in us being willing to part with more of our hard-earned dollars? Might it result in us, as consumers, feeling threatened and turning tail rather than standing up for ourselves?

Oh, and not only can this happen on a customer service line, Alexa can do it. So can other smart speakers. That’s frightening enough when you’ve decided to put one in your own home. But Turow points out that they’re now showing up in hotel rooms as well. So, what’s the solution? The EU requires opt-in consent before your voice can (literally) be used against you, as do a few states. Quite frankly, I need more of a game plan – so I’m reaching out to Turow in hopes that he’ll come on the HerMoney podcast to discuss. I’ll keep you posted.

If you are ruing something you recently said or did because it’s gotten you cancelled (or something close to cancelled), Rabbi David Wolpe weighs in on cancel culture and how the guidelines for Yom Kippur, the Jewish Day of Atonement which is coming up on Thursday, might be able to help.