The Pandemic Effect: What Business Travel Will Look Like in 2021 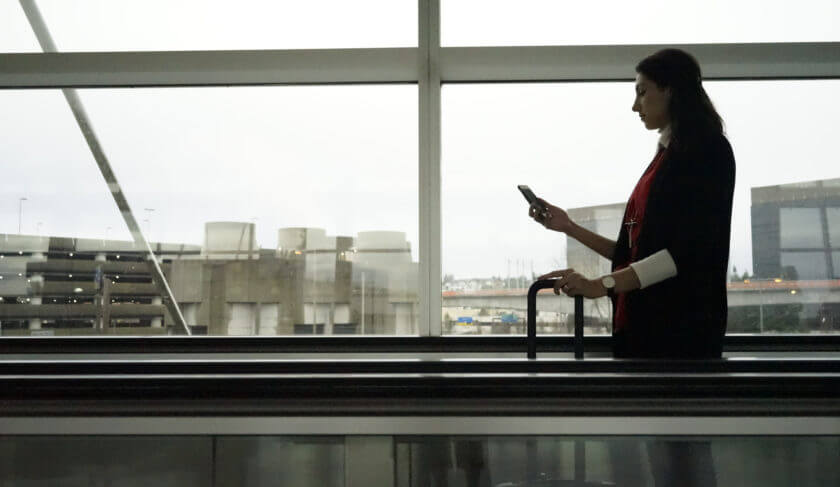 Plus: How valuable are your loyalty and your rewards programs – really?

Not subscribed to HerMoney’s weekly newsletters yet? This is what you’re missing! Here’s a look at what we published in our “This Week In Your Wallet” newsletter, Tuesday, August 3, 2021.  Subscribe Today!

This Week In Your Wallet: Could This Zoom Have Been A Call?

I’m a people person. I suspect most of you have been reading this newsletter long enough to know that about me. And, yet, there are days when I just don’t want to, well, see any more people. At least not on my screen. Which is why I’ve asked my new assistant to be judicious as she plots things on my calendar and to always keep asking herself if that Zoom (or Teams meeting or Google meet) actually needs to be in front of the camera or if we could go old school, and actually just chat on the phone.

Evidently, as The New York Times pointed out as it delved into the business travel that’s likely to and not to come back (more on that in a sec), there’s a meme that pokes at Zooms that would’ve/could’ve/should’ve been emails. For me, not so much. I like the phone. In my personal life, I like being able to hear whether the person on the other end sounds okay or totally stressed.  When I’m wearing my work (or reporting) hat, I like being able to ask follow-up questions in the moment, without repeatedly pressing send.

But the question on the table for Times reporter Kevin J. Delaney is whether 18 months of being forced out of the skies will have an ongoing impact on business travel – or whether, like leisure travel seems to have done – it will pick back up again.  Currently, only 9% of companies say they’ve started traveling again in full force according to the CPA Outlook index. But even when travel resumes, some companies are saying they’ll send employees on the road to meet with clients and make sales calls, but not meet with colleagues in other offices. In other words, if it’s additive to revenue it gets the go. If it’s not, it gets a no.  I’m interested in how things are working in your worlds. If you feel like sharing, drop me a line at jean@jeanchatzky.com. I’ll report back next week.

The other thing, of course, that’s weighing on not just business travel but travel (and life plans) in general, is growing fear of the Delta variant. After a rip-roaring summer of economic recovery, the fall is looking less certain because the pandemic is looking harder to predict (as a result, some companies have backed off plans to bring employees into the office). Simultaneously, as I’ve written in this space before, stimulus benefits that have propped the economy up – and given consumers some extra padding in their wallets – are rapidly coming to an end.

The halt on evictions came to an end (after a month-long extension) last Saturday. As USAToday reports, some 3.6 million people say that they’re at risk of being evicted within the next two months. Importantly, a handful of states have passed their own laws preventing evictions for now (California, Hawaii, Illinois, Maryland, Minnesota, New Jersey, New Mexico, New York, Washington and the District of Columbia). But if you live elsewhere and you are unable to pay, there is $47 billion in federal assistance available for rent and utilities. Instructions from the Consumer Financial Protection Bureau on how to access that money, state by state, are here.

Then there is the looming end to the student loan payment pause currently set for September 30.  As of now, it is still happening although, as CNBC reported, there is a push by top Congressional democrats to extend it. Note: If you are worried about picking your payments back up, I wrote about strategies here.  Meanwhile, remember that $14 billion in the original American Rescue Plan that was earmarked for colleges and universities, much of which was intended to help their struggling students?  Some schools have dipped into that pool to wipe away student debt – with historically Black Colleges and Universities leading the way.  PS: If you ever wondered if there was a good side to student debt…we’ve got three.

Why We Go For Loyalty Programs

I have a note in my calendar today that I put there 6 months ago – to reevaluate my continued use of the Amex Platinum card. I got it years ago for business travel that I (like you) haven’t been doing much of these days. Specifically, I valued access to the Delta lounges when I was flying Delta (which I almost always was), and the automatic gold status at Marriott and Hilton hotel programs. These days there’s also a $200 airline fee credit (to be used for extra legroom, baggage, pet fees) and a credit of up to $200 a year on Uber ($15 a month). Combine it and add in a few other benefits and it may – or may not – cover the new higher $695 annual price of the card.

But it’s also why I was intrigued by this story about why we get so sucked in by loyalty and reward programs in general. Evidently, it’s not just about earning rewards – it’s about other people seeing us earning rewards. For example, when you get to board the airplane first because you have status, others notice. Moreover, card issues and retailers with loyalty programs understand that the way to get us is to offer the biggest rewards at the front end (those 100,000 mile bonuses upon sign up, for example) but make us jump frequent hurdles, like that $3,000 you have to spend in the first few months in order to earn the aforementioned bonus. And by the time we clear those hurdles, using the card has become a habit and, honestly, it starts to seem like a hassle to switch. One comforting – and revealing – detail about these programs? They’re not as different as you might think. “Over time, businesses have found that constantly undercutting one another and offering more “rewarding” programs is only a race to the bottom,” reporter Leslie Nemo writes for Discover. “The perks and gifts cost the company, and if the scenario gets too competitive, could dent profits instead of boost them.” As for my card, I’m still doing the math.

How To Meal Prep With A Limited Budget + Limited Time