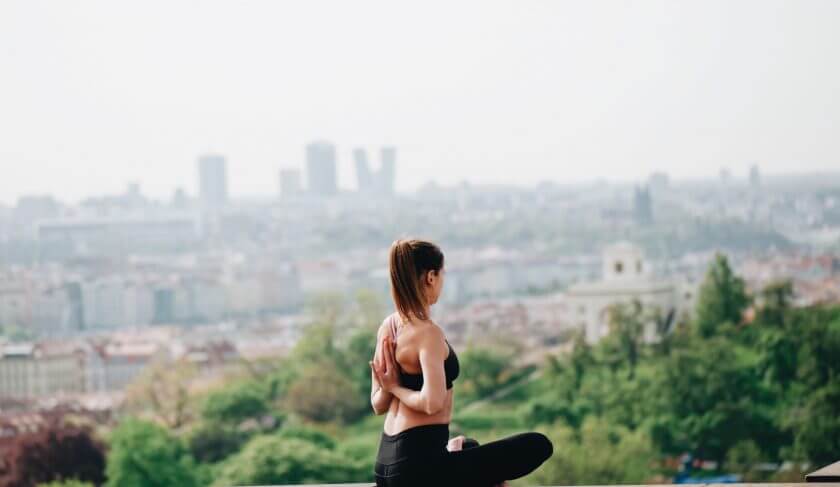 Our gym routines have been disrupted, and some of the changes may be permanent. Here’s what everyone who enjoys a good workout needs to know.

Just 23 percent of U.S. adults aged 18 to 64 met the recommended guidelines for weekly exercise (both aerobic and muscle-strengthening), according to CDC data. But if you’re part of that two in 10, the stay-at-home aspect of quarantine might’ve hit you harder than some. Between stretching and changing, commuting time and recovering from a workout — not to mention time actually spent exercising — it’s likely a significant part of both your routine and your budget.

If you’re wondering about the effects of the changing future of fitness on your time and wallet, look no further. We asked industry experts for their projections on the future of working out, so here’s what you may be able to expect over the coming months and year.

Trust as a key factor

“A lot of what we’re seeing now is that the willingness for members or clients to come back literally comes down to trust, [which] never really used to be the case,” says Josh Levy, founder and CEO of the Association of Fitness Studios (AFS). Trust — “whether I’m going to trust my health to this gym or this studio,” as Levy puts it — is as much a part of the new normal for attracting members as is the type of workout, quality of equipment, class schedule and more.

It’s probably too soon to tell whether people will favor smaller studios or larger chains. The former typically have less space but also less foot traffic; the latter typically have more foot traffic as well as more resources. Recently, 205 people in West Virginia were asked to quarantine for 14 days after potential exposure to COVID-19 at a Planet Fitness location.

“Trust right now is key,” says Meredith Poppler, VP of communications at International Health Racquet & Sportsclub Association (IHRSA), adding that many gyms now widely share their sanitization procedures or even close midday for deep cleaning. “I saw data yesterday that 88 percent of gym members planned on being back within a few months of the gym opening… but that is all about the trust.”

A bigger market for in-home platforms and equipment

More market competition typically means more options and better pricing for consumers — and the market for at-home workouts is heating up.

Last week, athleisure retailer Lululemon Athletica announced it would buy Mirror — a fitness tech startup offering workout classes through a smart mirror — for $500 million. For at-home cycling company Peloton, its share price has increased 77 percent since the start of February (at time of writing). We’ll likely see more virtual workout startups emerge over the coming year, as well as an expanded market for at-home workout equipment. Many fitness influencers are offering classes on Instagram Live or YouTube, and those with their own paid membership models — like Kayla Itsines and her SWEAT app or Melissa Wood-Tepperberg’s MWH Method — are marketing their platforms to those new to home workouts.

Traditional gyms have also had to encourage at-home workouts in an unprecedented way, investing in building up their virtual offerings and even branding workout equipment found on Amazon (e.g., weights, balls and bands) to sell to members, says Levy. During quarantine, Poppler says, many gyms either sold or rented equipment to members (often delivered via apps) and supplemented that with virtual programming, which helped users get the most out of the equipment they ordered.

Levy estimates that six months ago, about five to 10 percent of companies within AFS offered virtual or streaming content; now, it’s 100 percent.

Gym memberships can set you back a pretty penny, depending on location and preferred workout type, and there’s no shortage of stories claiming that many gyms make membership cancellation or partial refunds near impossible. COVID-19 could flip that power dynamic somewhat, now that many gyms have had to go all-in on remote workouts, by heralding in a more varied pricing structure.

That likely goes hand-in-hand with new options for tiered membership. “Studios that are going to be successful are going to reinvent their membership models and packages, however they sell them, in a way that best suits the client,” says Levy. “If somebody’s like, ‘Look, I like training online, but maybe I want to come into the studio once a week,’ [then] ‘Okay, we have… a membership model or package for that.’”

Poppler expects that many fitness enthusiasts will build both in-person gym workouts and at-home streaming workouts into their routines — “they’ll have an app on their phone for when they’re traveling or at home on weekends,” she says — and that gyms will likely expand membership options to reflect that.

During COVID-19, gyms have had to get creative as far as new ways to generate revenue. Before, a gym’s income was largely tied to in-house membership numbers. Now, many gyms are still closed, while others have reopened at limited capacity — the difference is that, for many of them, monthly expenses are now higher, with the addition of costs for things like cleaning service, gloves, masks, and hand sanitizer. Since frequent exercisers now make up a smaller subset of the population, says Levy, gyms are expanding their marketing to “cast a significantly wider net.”

9 Things to Pack for an Emergency Getaway